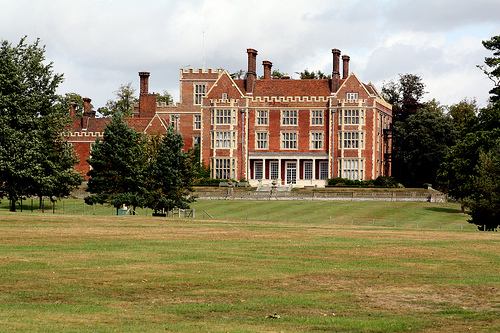 I never honestly thought I’d go back. Actually, I could think of a million reasons not to make the journey. Logistically and emotionally on one hand while feeling utterly detached and that it would be slightly pointless on the other. And I certainly was not looking for anything as dramatic as closure. How could I possibly benefit from this St Trinian’s time-travel? All the time rationalising just how natural it is for us to move on and remember (most) fondly and, besides, that summer’s day in 1990, I really did leave behind that part of me in Kent.

But encouragement to join the 25th anniversary of boarding school life was firing at me from all angles. Many suggested I might regret not going. Others implied I had nothing to lose. I wasn’t really swayed by either but I was curious to know what it was that I feared facing. For those who haven’t lived in a boarding house, it is hard to explain. I suppose, in reality, this hadn’t been simply ‘school’. It had been our home. And for seven years, these school friends had been a wonderful combination of flat mates, soul mates and partners-in-crime just as those girls in Madeline stories: in two straight lines we broke our bread and brushed our teeth and went to bed.

And so, last Friday, I jumped aboard the all-familiar school train from Charing Cross to Staplehurst, joined by those same London faces I would eagerly look out for as my parents waved me off. This time there was no bottle of Bacardi in a brown paper bag nor any excessive leaning out of those rattling carriage doors as a much more modern train sped into the deepest, remotest English countryside.

This time mischievous chit-chat was replaced by a 25 year life update as we hurtled though marriages, offspring and sadly ageing parents. Slightly nervous, but definitely giggly and girly, our incessant conversations filled the carriage as it had done all those years ago. And, before long, we were draining our first glass of white wine in the main school entrance hall, slightly stunned by the grandeur, formality and traditional setting of our childhood.

A lunch, which in no way resembled previous school dinners, followed. The tales across the tables flowed as easily as the wine. It was baffling to witness how, in a flash, we all tied together again. Those teenagers, with whom we had eaten so many meals, seemed hardly to have changed. And I relaxed realising that back in those wood-paneled rooms with wrought-iron windows, over looking acres and acres of Kent countryside, we had been transported back to our former selves.

As it happens, I wasn’t alone in my indecision to attend. Most admitted to having dreaded the thought of the reunion. But we’re so often reminded that school days are the best days of our lives. And I did, in fact, have a ball for 7 years straight. So what on earth was the issue? Was the idea of looking back on what we have/haven’t achieved so daunting? Were we wondering how much we might/might not have changed? Or did we fear the school and our peers might not live up to our memories?

And how did it all end?  Well, we laughed, we remembered, we reminised and we laughed some more but, despite all this, I shall probably never return again…