hottest HotPants – made by Zaggora

Who can honestly say that they haven’t acquired a few pounds over the summer months?  The occasional ice cream on the beach.  One more cocktail for the road.  Oh and the deceivingly floaty sundresses which only give you a false sense of security. So, now that the jeans are back on and I can feel those unwelcome additional sneaky pounds, something needs to give (and it isn’t the non-stretch jeans)…. 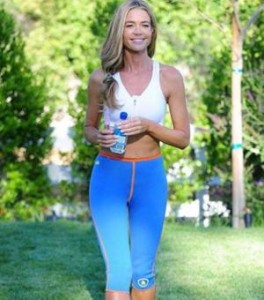 Enter Zaggora and their heat-inducing HotPants.  Yes, for real.   These Zaggora HotPants, with their Celu-Lite fabric technology, have the ability to turbo-charge your exercise routine – therefore making it more effective…. But don’t laugh too hard.  Half a million pairs of these hotpants have been sold in 110 countries worldwide (according to the PR) and that’s why the company has gone on to develop the new, recently launched Zaggora 2.0 range.

With hot legs and calories burning at a much faster rate, there’s nothing not to want about these slightly unusual yet much-needed new item of sports wear.

And that’s why I am sitting here – right now – slightly warm in my pair of Zaggora shorts.  Did I mention that they are also pretty flattering and come in a variety of sizes and lengths?  Or that American actress and former fashion model Denise Richards (pictured) is a fan?

COMPETITION:  If you would like to win your very own pair of these calorie burning Zaggora HotPants, all you have to do is follow me on Twitter and retweet this blog post when I tweet it on 14th September 2012.  I have two pairs (priced between £45-£65) to give away to 2 lucky readers. The winners, chosen at random, will be announced on Twitter.