Interview with a Hitman – review 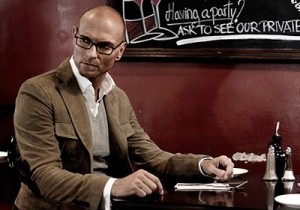 Goss as Viktor in Interview with a Hitman

He likes to tell everyone that we have different tastes in films.  But, because we do love our DVD/sofa nights so much, I find that we both compromise well on the amount of art house and gunshots accordingly.  I had taken the review copy of Interview with a Hitman with us to Ibiza but… a night in just didn’t happen… as you can perhaps imagine.  So, I returned to yet another polite yet persistant email from the PR asking when and if I might get around to reviewing this film.  With the DVD launch date of today (Monday 27th August), time was not really on my side.  So, last night we finally sat down for some drama.

Even though this is Perry Bhandal’s debut as writer and director, this film is certainly not lacking in the drama department.  The story of Viktor (Luke Goss – yes, from olden days brother band Bros!), a Romanian hitman, unfolds as a long flashback via the medium of an interview. 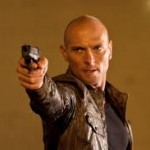 First as a boy groomed for the role while he lives in the brutal Eastern European slums and then as he grows into a man who wishes to flee his past.  Make no mistake, Viktor (Goss) is as tough and indiscriminate as he is intense and, pretty early on, the film’s stance is revealed as an intimate character study rather than an endless barrage of bullets.  On top of this, it is stunningly shot without too much fuss, too many ridiculous one-liners or unnecessary tension.  And because Interview with a Hitman is so realistic in its portrayal of this slick assassin, we are left entirely unsure if he will ever be able to leave his past behind him?

As I mentioned, it goes on sale today (Monday 27th August 2012) and is, without doubt, a perfect date-night-on-the-sofa film.

Interview with a Hitman DVD costs £7.99

Filed under film, him