THE bracelet’s very own party pics 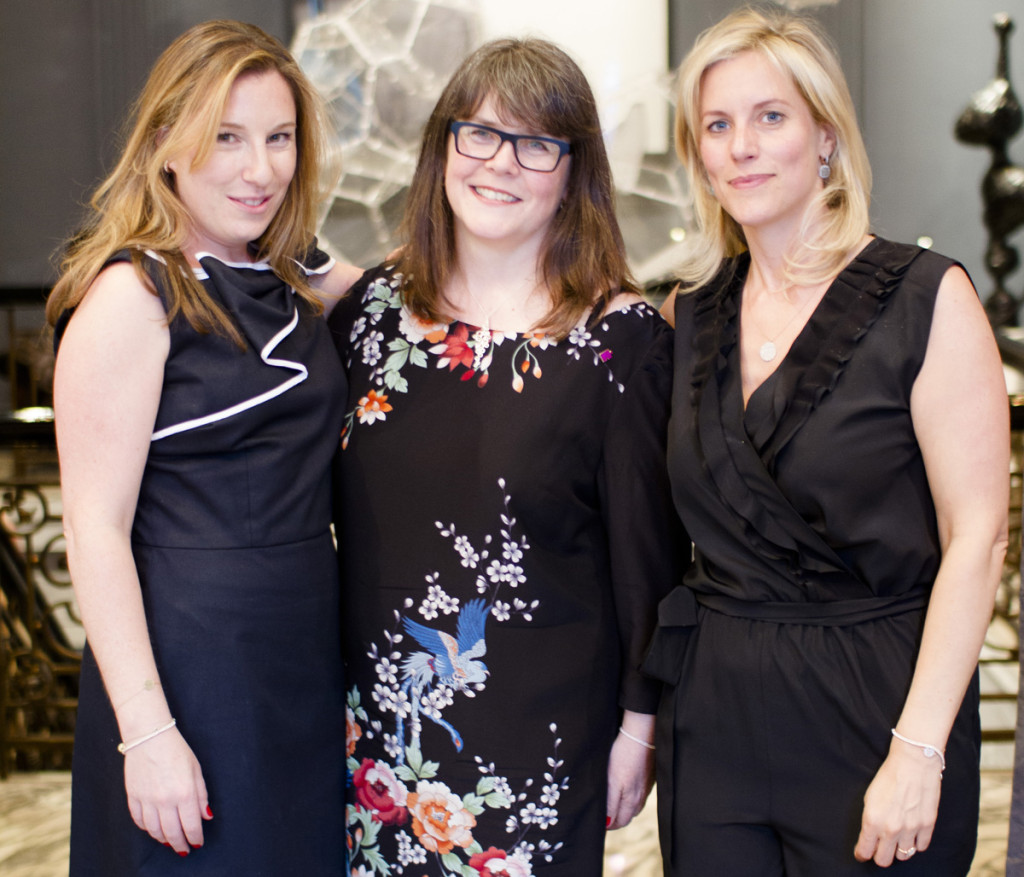 (from right) Bec Astley Clarke, Baroness Delyth Morgan and me

Last night Bec Astley Clarke, Baroness Delyth Morgan and I partied. We celebrated the launch of the UK’s first EVER breast cancer bracelet to raise awareness and funds for BRCA and those other (still undetected) breast cancer genes mutations. 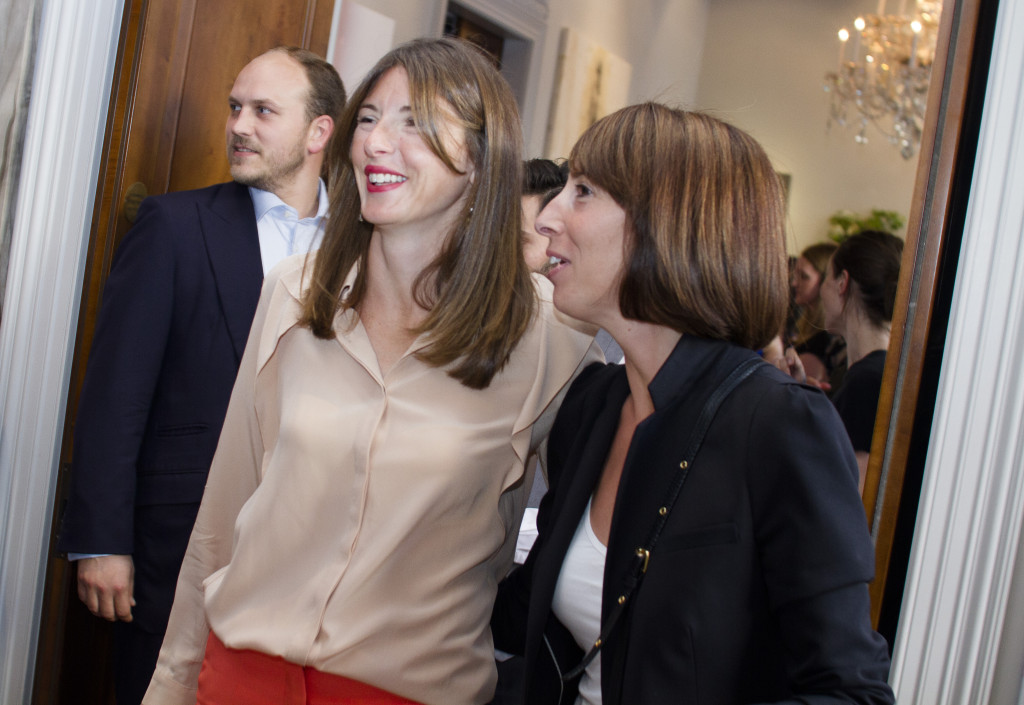 Jools Oliver & the one and only Amanda Howe 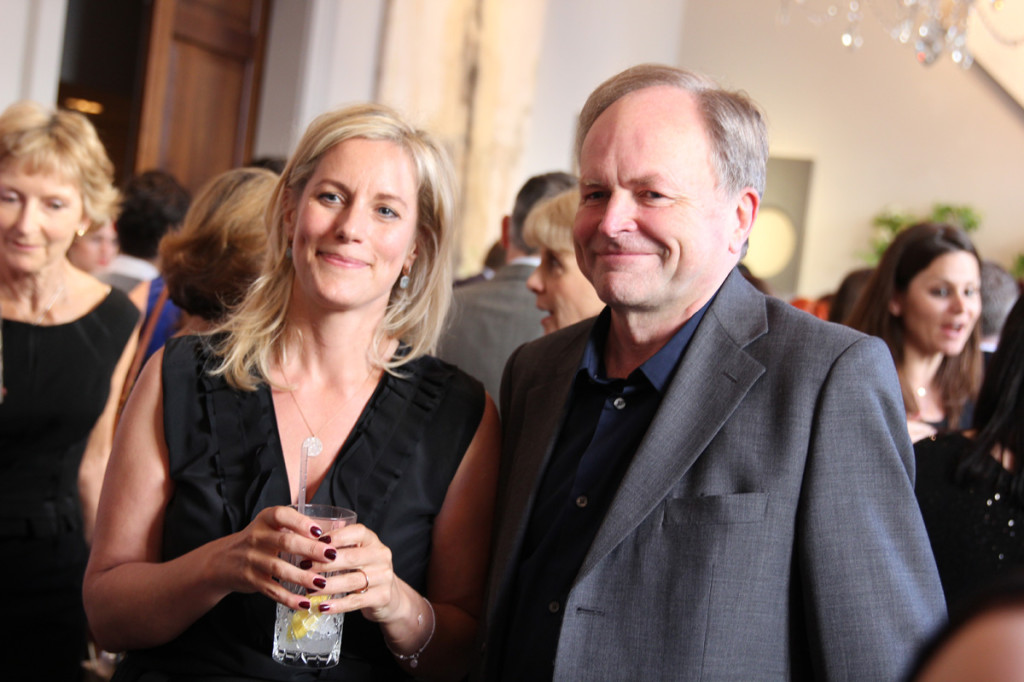 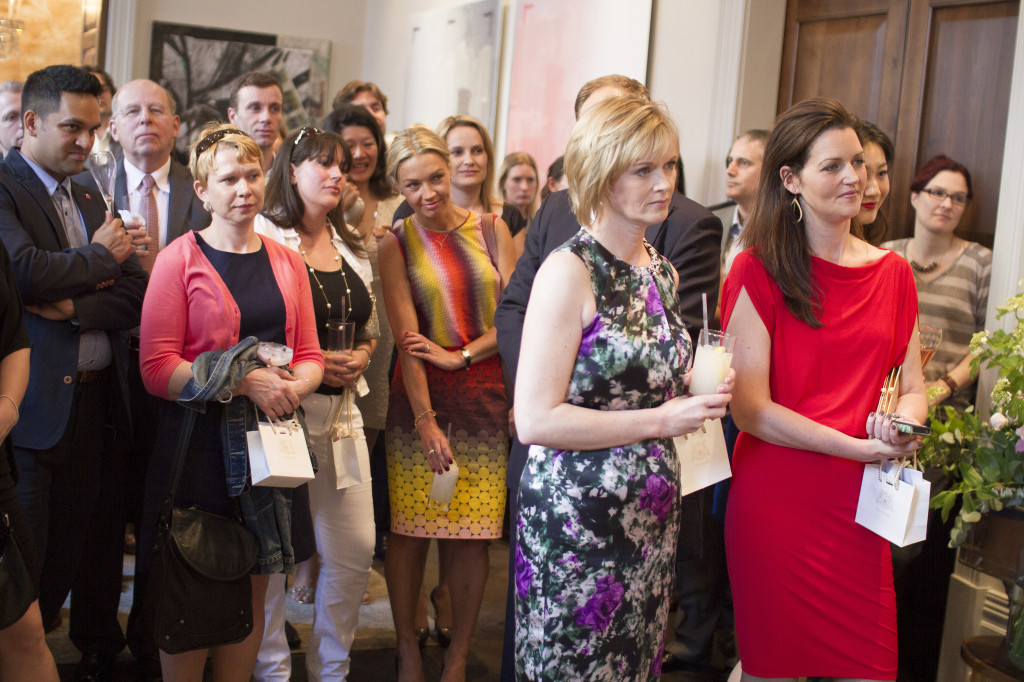 Julie Etchingham & (my) Emma Flack listening to the speeches in front of Jess Carter-Morley (in the colourful dress) and Bec’s sister, Naomi (in white/black) 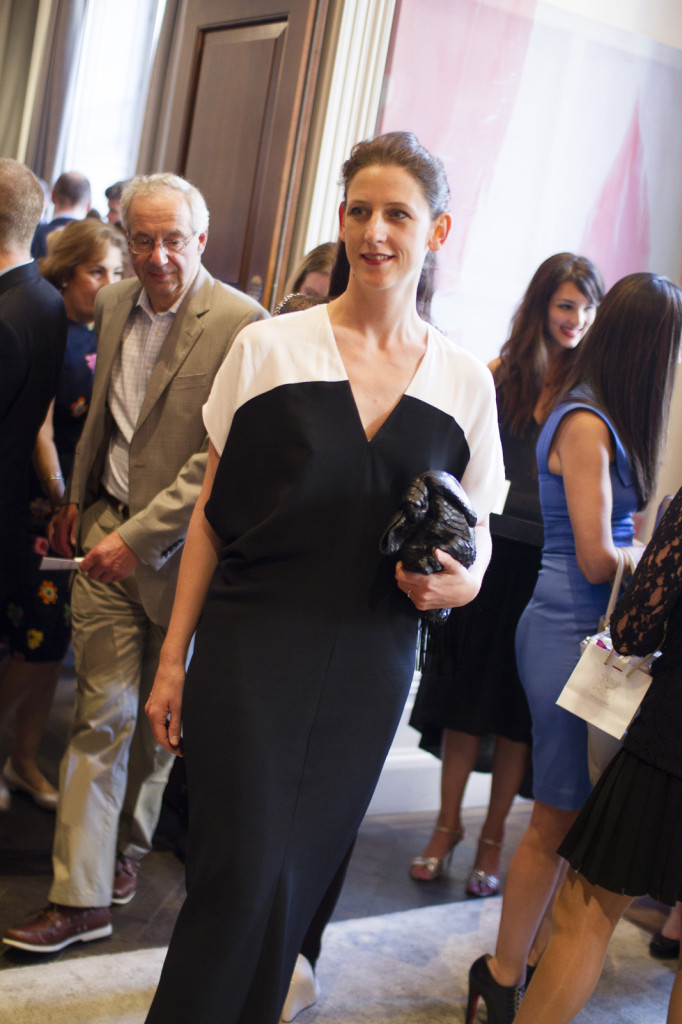 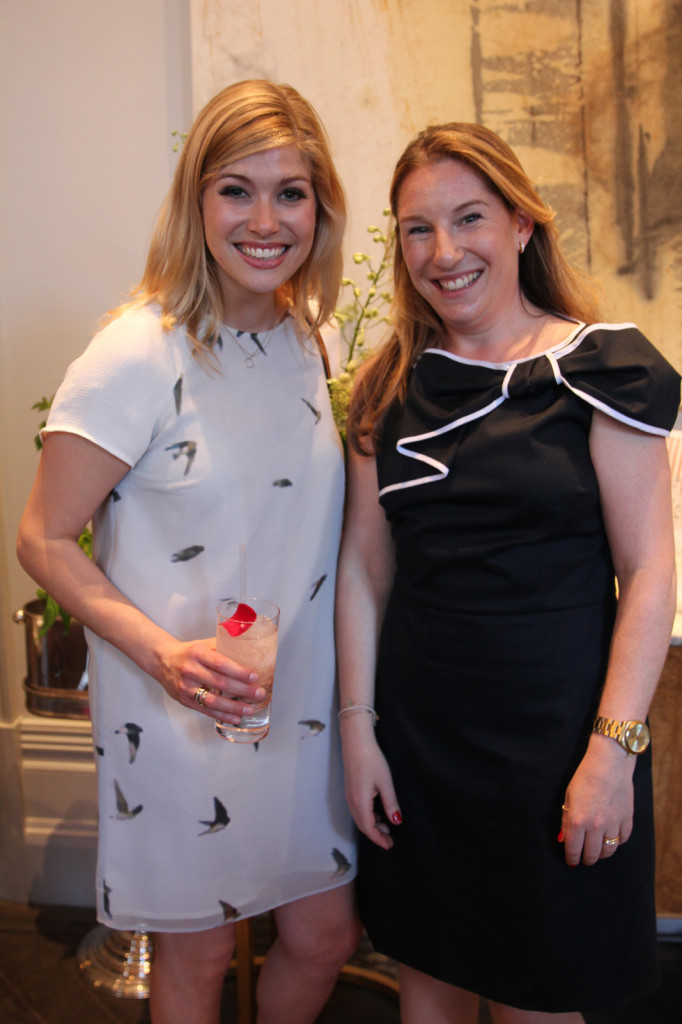 Lauren Drummond and me 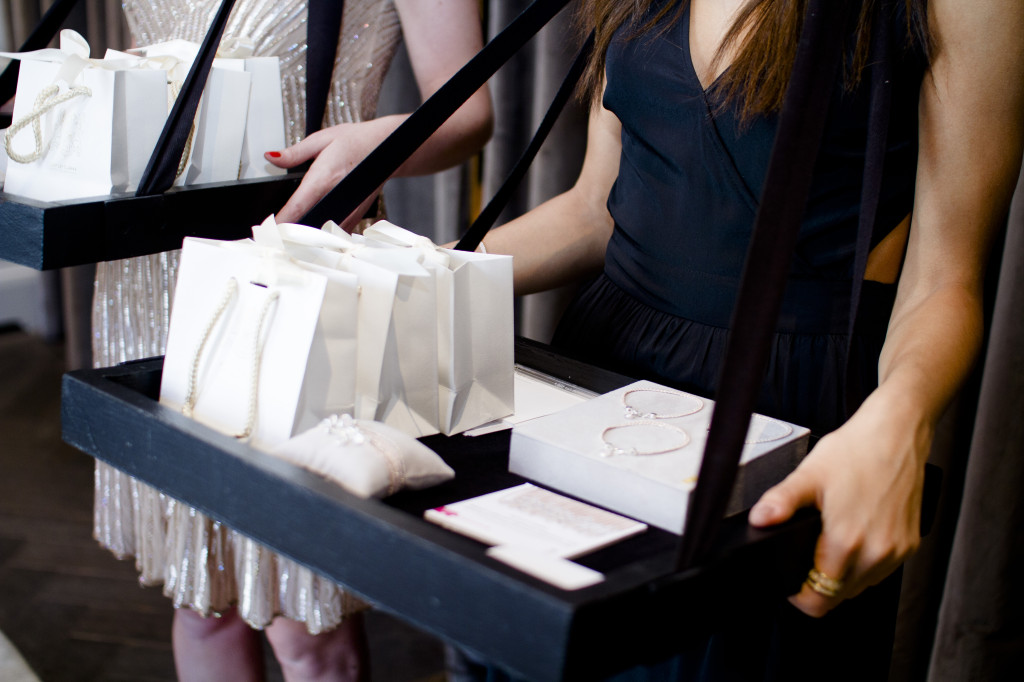 For those who weren’t with us at The Arts Club, Dover St. W1 – I have also included my speech:

Recently, I was informed that the discovery of the BRCA gene is one of the most crucial discoveries of our lifetime.  It puzzled me.  How could a defective gene which affects a reasonably small number of us be so significant.  But then the penny dropped.  By cracking the BRCA code, it shows that the scientists and researchers are just beginning to understand breast cancer.  And, I truly believe that we are now on the verge of understanding the role genetics play in cancer.

As a BRCA gene carrier, I felt that safeguarding myself from breast and ovarian cancer was not enough.  I now feel compelled to raise awareness and funds for this gene and the many other genes related to cancer which remain undetected.  To achieve this goal, I have brought together leading research charity, Breast Cancer Campaign and the fine jeweller, Astley Clarke and the result is this meaningful bracelet.

For those of you who know my story, you will be aware of the measures I have taken – my bilateral mastectomy and removal of my ovaries – have been entirely preventative. So why have we asked you to join us tonight?    Well, tonight is about the future.

To give you a real life example:  At half term I was without childcare but needed to attend a meeting at Breast Cancer Campaign – with an 8 year old daughter in tow.  The team at the charity set her up with lots of jobs while I was in the meeting but, on the tube ride home, she asked me in a relatively loud voice:  Mummy, what is breast cancer?  I told her that it’s a horrid disease we want to get rid of.  And we need to understand why some people get it.  She asked me if I had ever had it.  And I reminded her of those operations I had had so that I wouldn’t get it.  After a long pause she leant over, held my hand and said:  Oh clever you Mummy, that’s brilliant.

But I’m not the clever one here.  I’m the one who simply wants to make sure that my daughter and her generation have more options, more knowledge and less breast cancer.  In 10 years time, she will be legally able to test for the gene.  She has a 50:50 chance of having this defective gene, as did I.  Please join me in supporting Breast Cancer Campaign tonight, by purchasing a bracelet from one of the lovely Astley Clarke personal shopping team, or making a donation at the Breast Cancer Campaign table in the corner. Your support tonight and in the future is vital as their scientists truly hold the key to disabling this and other defective genes. 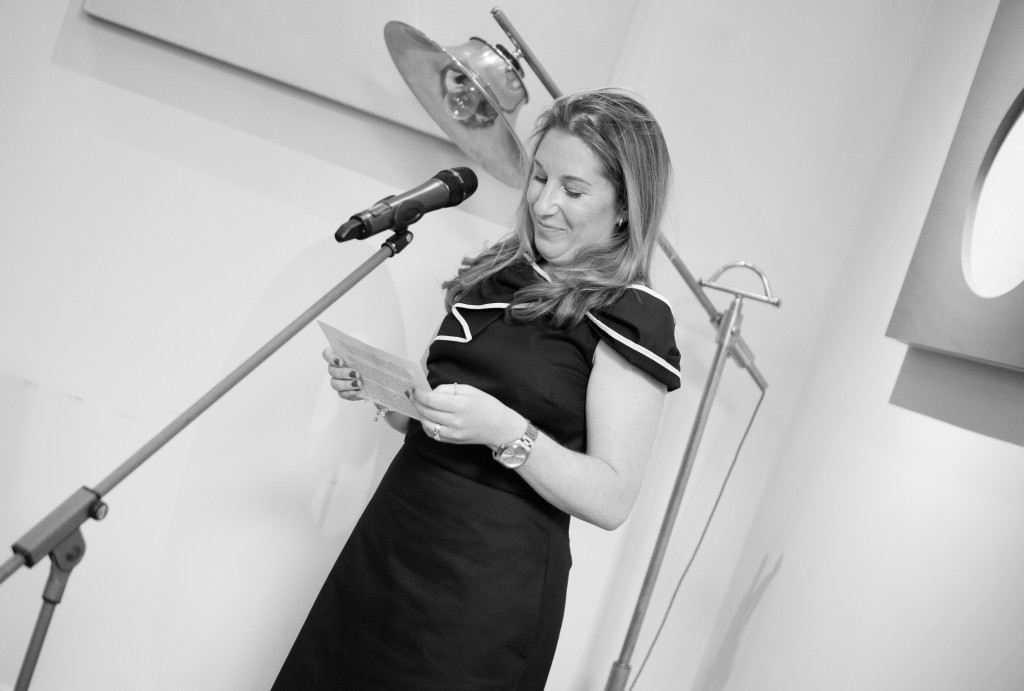 Just by wearing a bracelet, you are helping us to tell the genetic breast cancer story. (click here to buy) 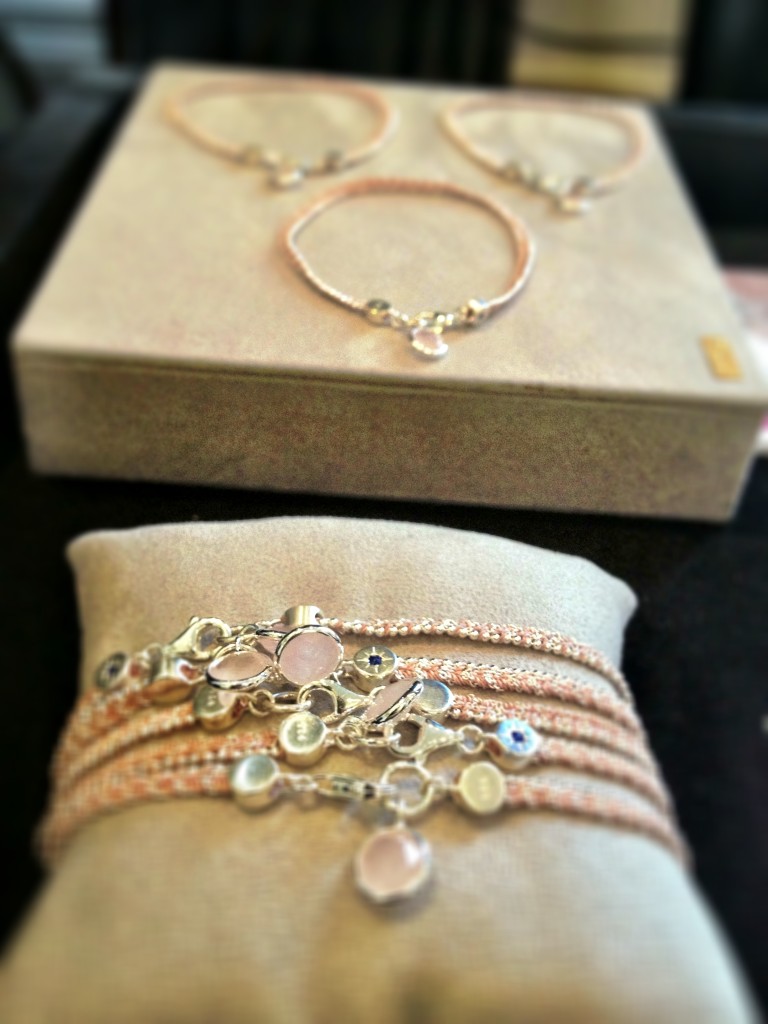 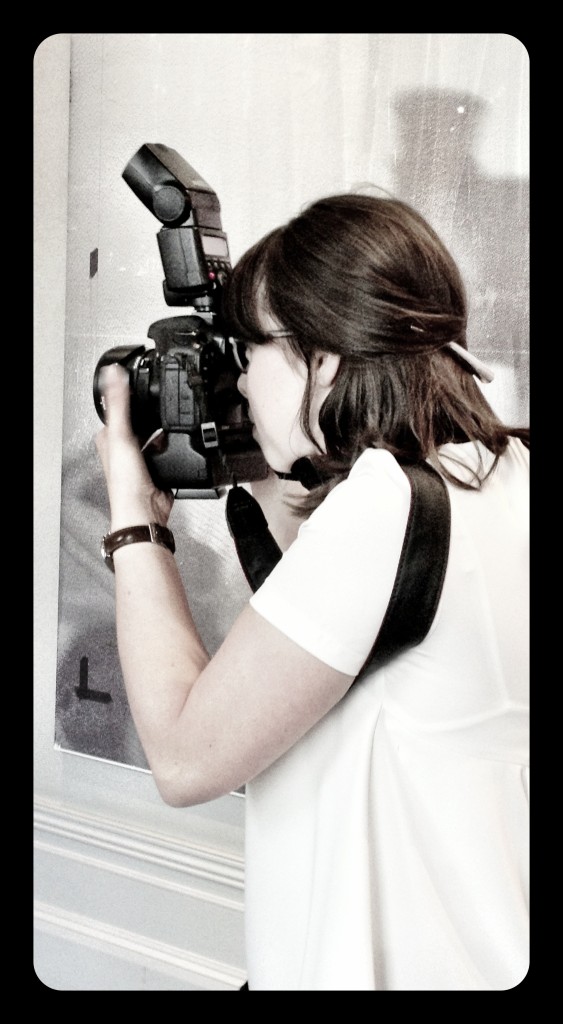 One Response to THE bracelet’s very own party pics