the story of the eggs

I was shooting a food demonstration this morning and these egg shells reminded me of a short story I had once read (and loved). 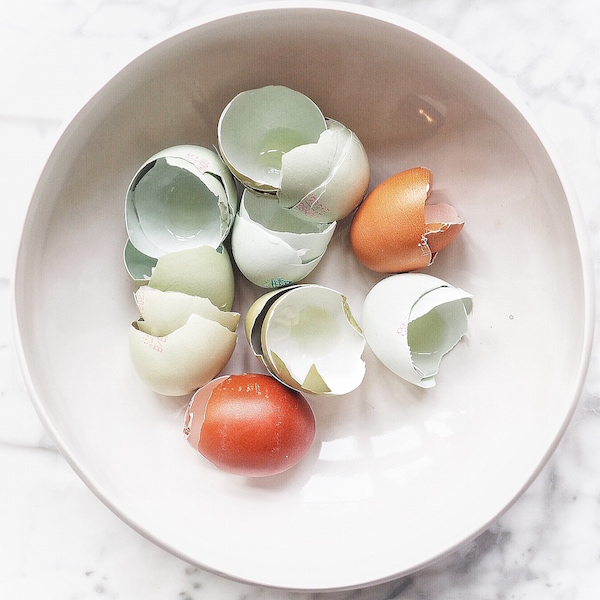 The story was about a girl who was moaning away to her father that her life was harder than she had expected it would be. Her father, a chef, took her into his kitchen, filled three pots with water and placed each of them on the fire.

Once the water in the pots was boiling, he placed potatoes in one pot, eggs in the second and ground coffee beans in the third. He then let them boil, without saying a word to his daughter.

His daughter just sat and watched.

After 20 minutes her father removed the pots from the fire. The cooked potatoes were put in one bowl, the eggs in another and he ladled the coffee into a cup.

Turning to his daughter he asked, ‘What do you see?’

‘Look closer,’ he responded ‘and touch those potatoes. They are soft. Now take one of the eggs and try and break it.’

Finally her father asked her to sip the strong, rich coffee.

‘What does this mean, Father?’ she asked.

He explained that the potatoes, eggs and coffee beans had faced adversity in the boiling water and yet each one had reacted differently.

And that’s exactly what I remembered when I saw those egg shells this morning. We all know that life is full of adversity. Things happen to us and to those we love. What’s crucial is how we choose to react to it and in fact what we make of it. The egg shells – in one state – fragile and – in another – ready to adjust and re-form as something a little more impressive.