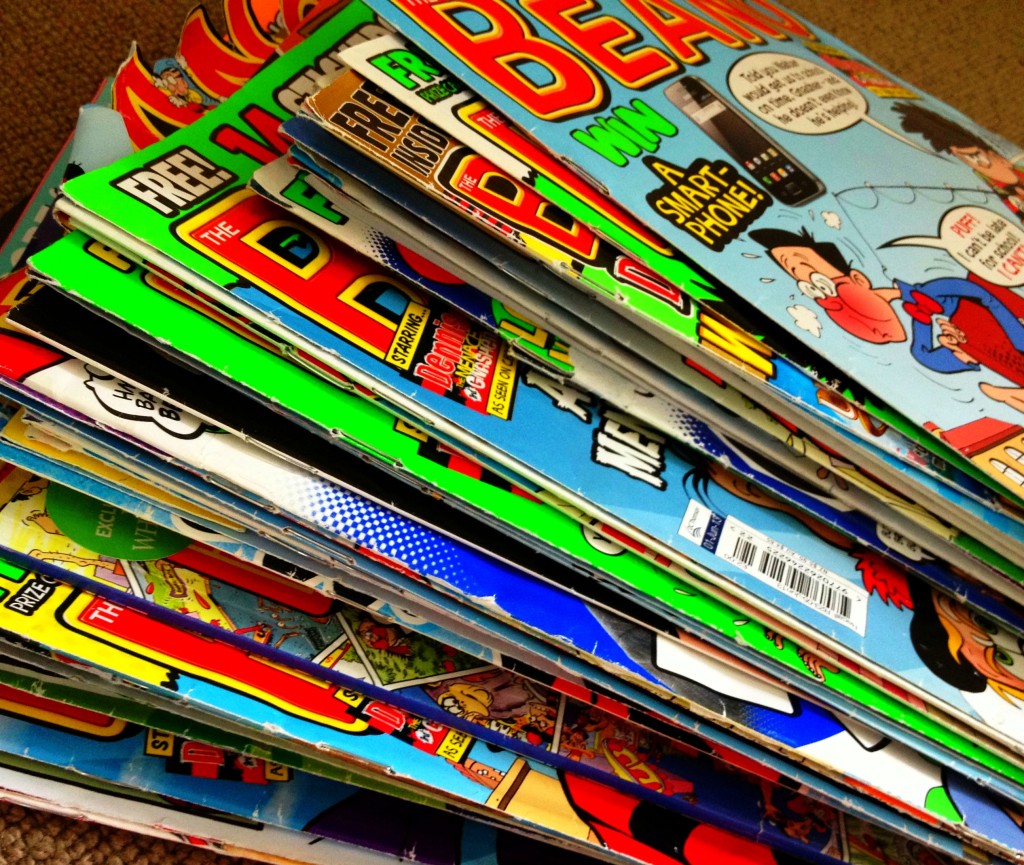 Beano madness in my house

Not every kid has a love of comics.  The thought bubble, dramatic THUMP and over-emotional facial expressions just don’t rock everyone’s boat. My Smalls, on the other hand,  fight over who will read Beano first each week.

Superb product and the pharmacy service is superb every order !!! Order misoprostol now! Discuss your general health status with your doctor to ensure that you are healthy enough to engage in sexual activity.

And then each issue is re-read and re-read… until the cover falls off and – even then – bits of Dennis (the Menace) and Ivy (the Terrible) end up in the downstairs loo as ’emergency reading material’. 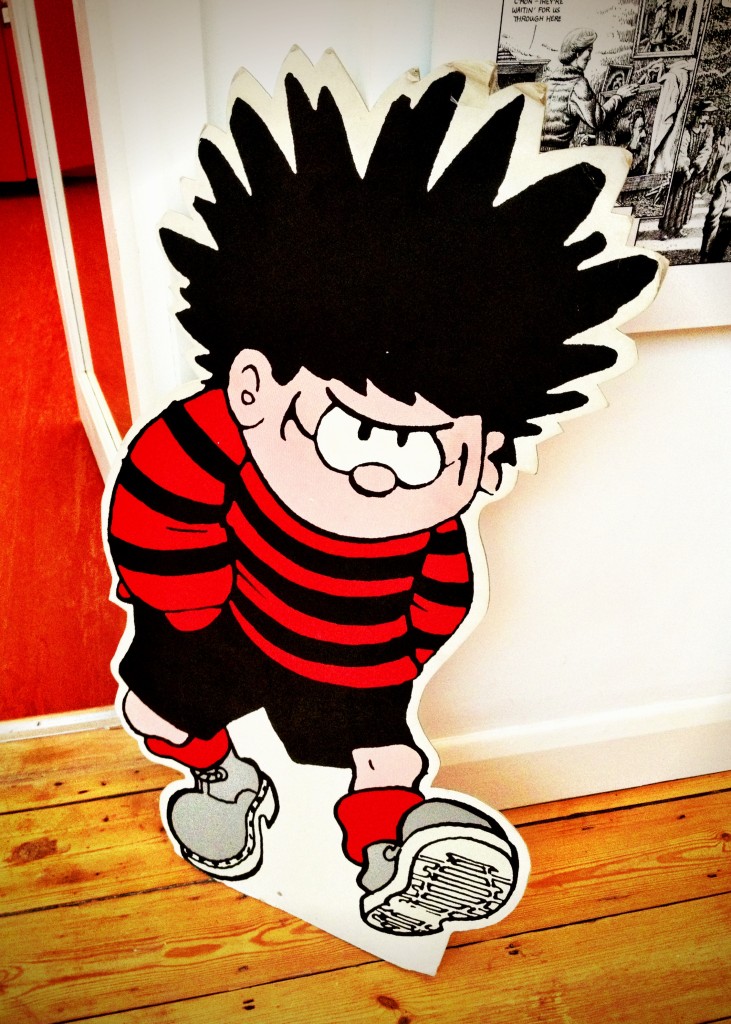 Dennis the Menace at the Cartoon Museum

So when I heard that the Cartoon Museum (I didn’t even know there was one) offers Beano drawing workshops for 8-11 year olds, I decided to smuggle my 7 year old in – accompanied by the 8 year old and an extra Small for good measure.

Steve Marchant, the cartoonist who runs the workshop, taught the kids to break down the characters into easy-to-draw body parts.  Using simplified outlines of the Beano characters, he encouraged them to notice how these figures could easily be transformed into real Beano characters. 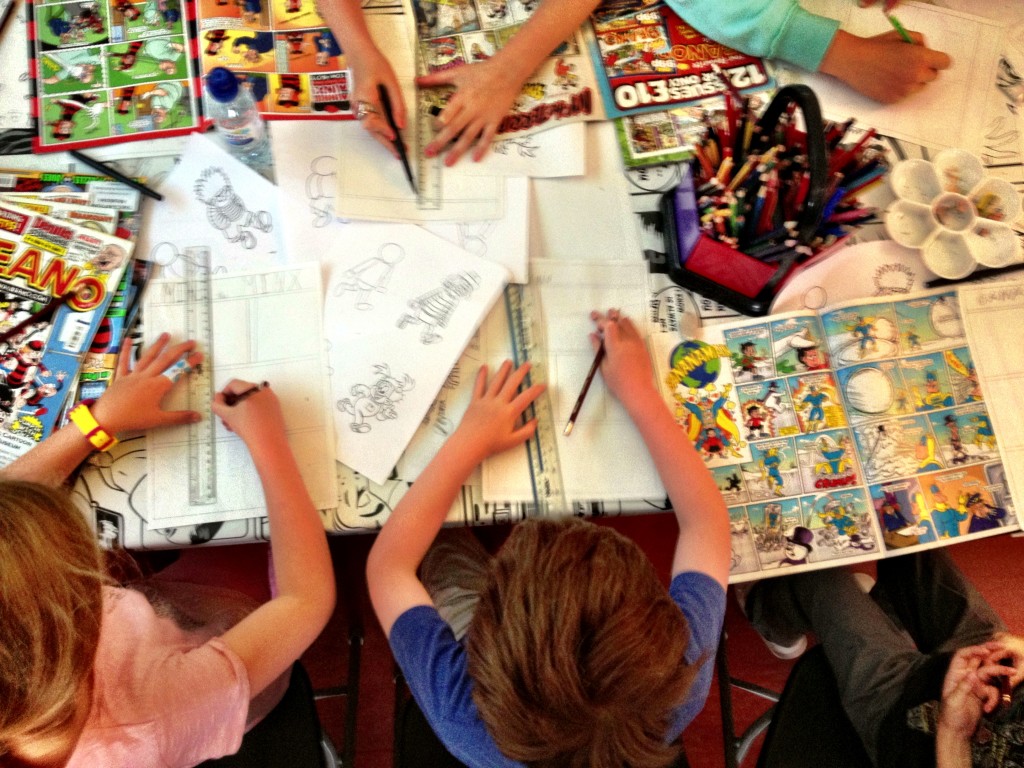 The second hour of the workshop allowed them to create their own cartoon strip.  Stephen bounced around the room giving a helping hand where necessary and … the silence continued. 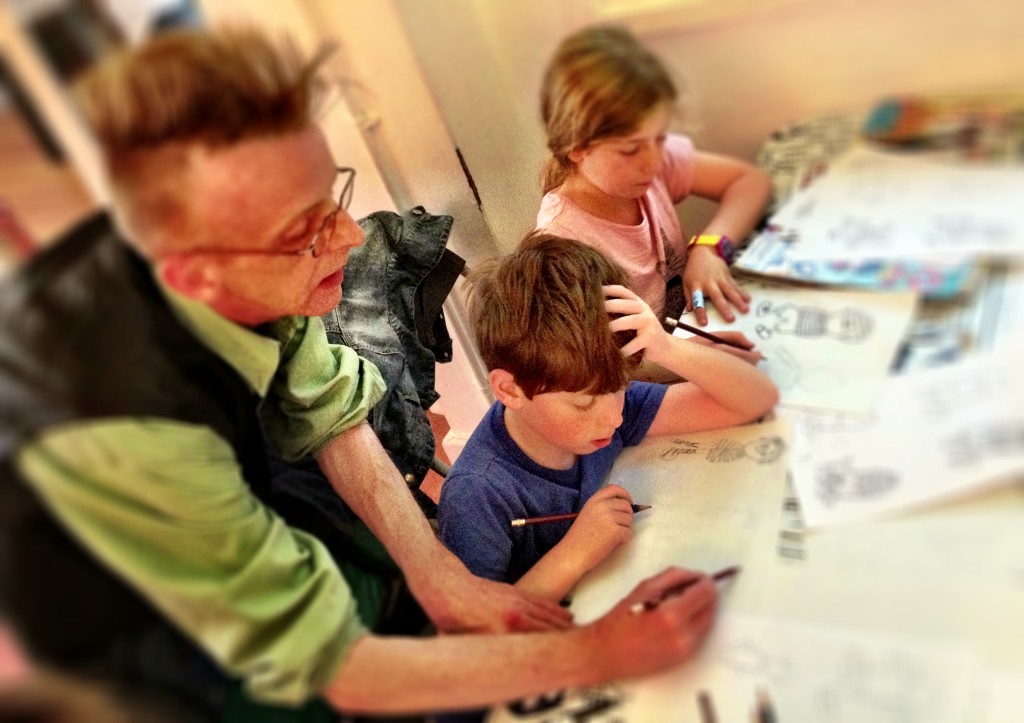 Bearing in mind the summer slackness we are enjoying, I was pretty flabbergasted to witness some serious concentration, effort and determination to be a Beano artist.

The next Beano workshop is on Wednesday 14th August.  £10. 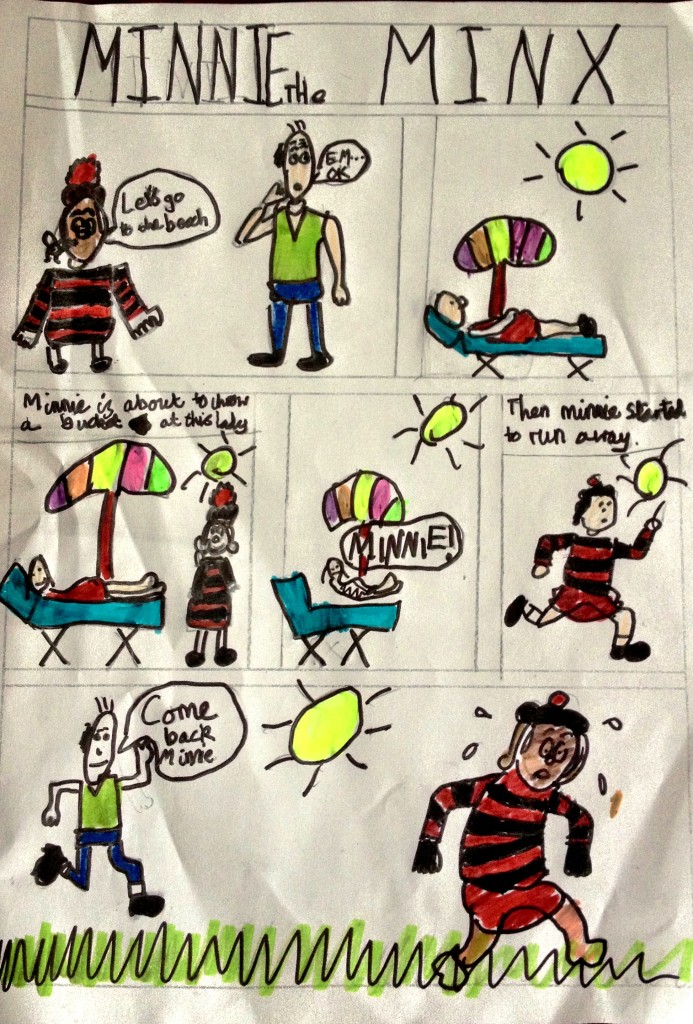 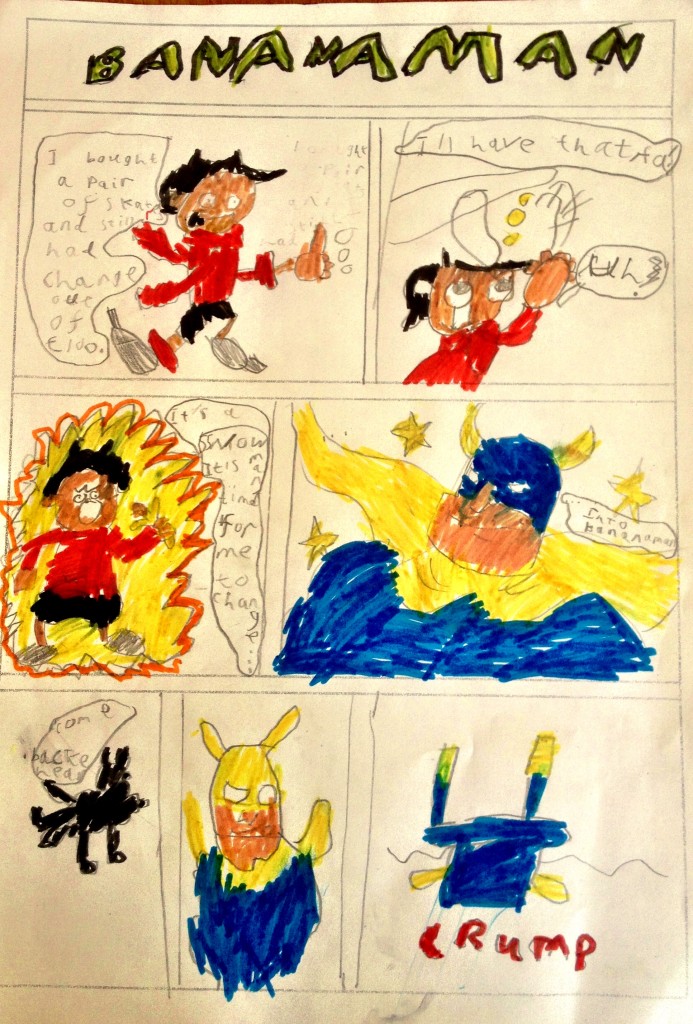 and a thank you to my extra-small who created this!

One Response to Beano comic-strip workshop