Berners Tavern at The London Edition 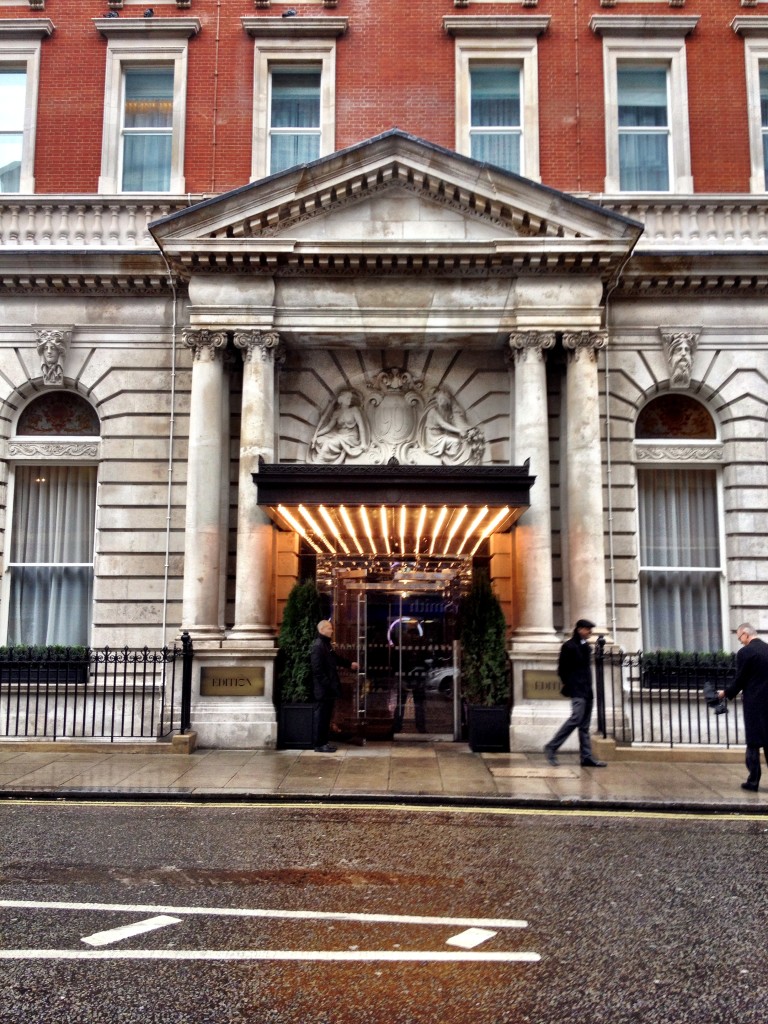 To my untrained eye, Old Berners Street Hotel was always a bit of a non-event.  But according to Mr S (Ian Schrager), the building 100m from Oxford Street was a real catch.  He literally couldn’t wait to sink his teeth into it and – just two months ago – it was reopened as The London Edition, the New York hotelier’s second partnership with Marriott International. 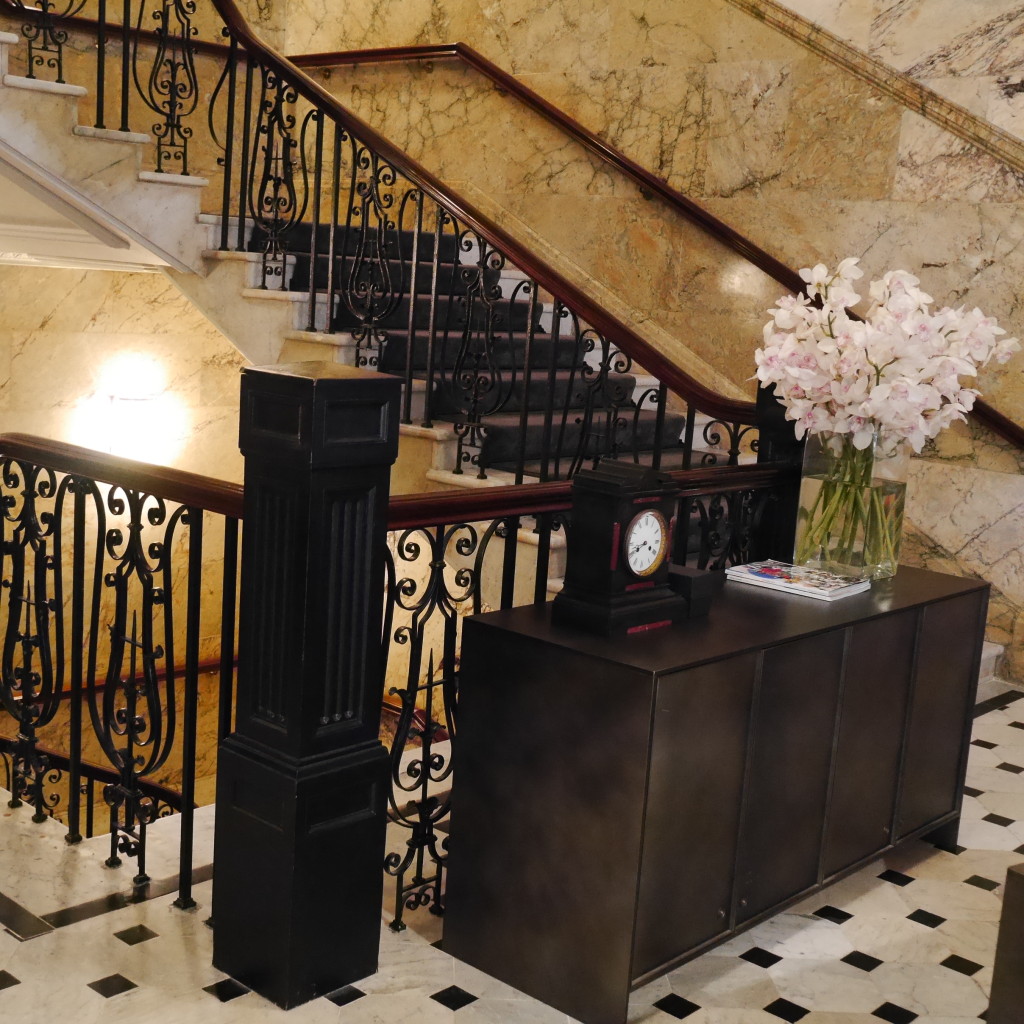 The restaurant in this quite splendid and rather grown-up hotel is called Berners Tavern – and, for this aspect of the venture, Mr S has partnered with Mr A (Jason Atherton – of Pollen Street Social fame).  I booked a table for breakfast but earmarked the review as one I would do with someone who currently doesn’t live in London.  So, basically, I had to wait… 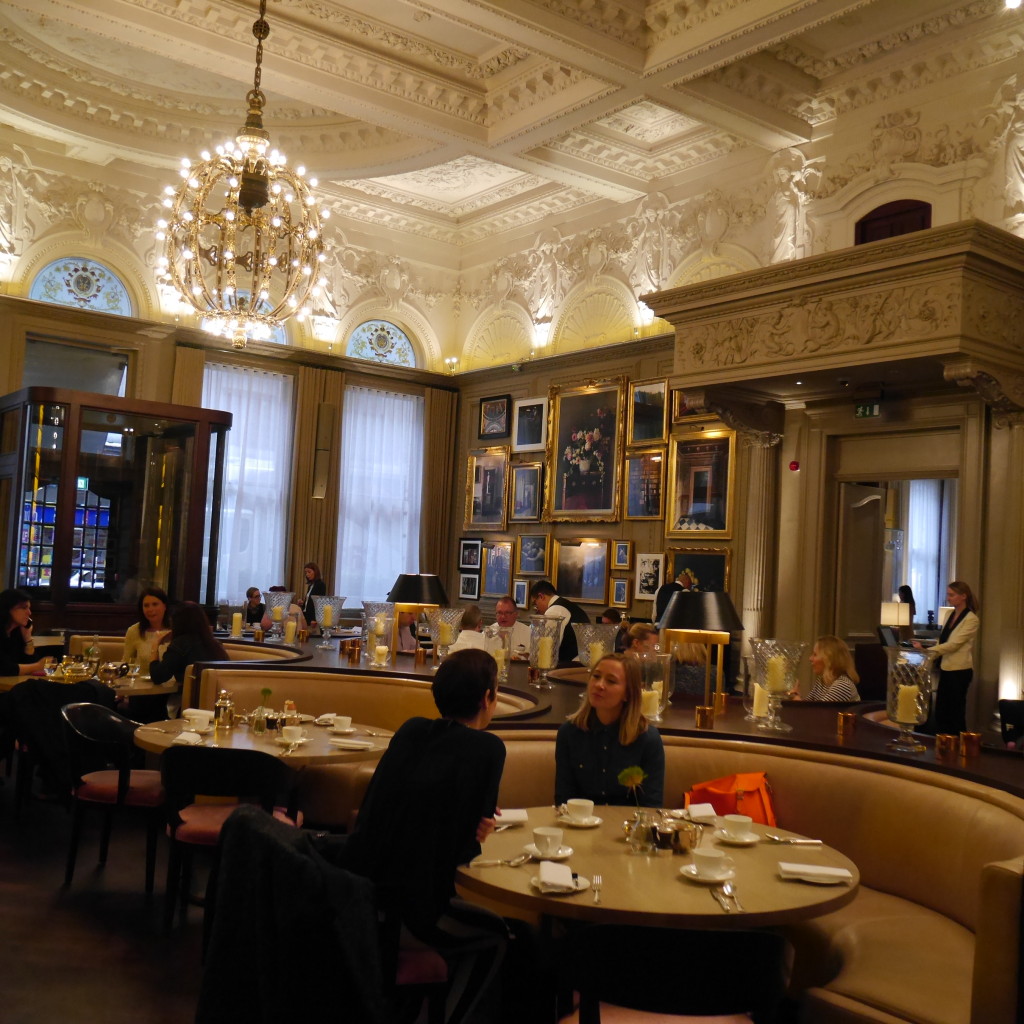 one lavish dinning room at Berners Tavern, The London Edition

At last she arrived.  You might know her as West London Girl (as she writes the brilliant blog under this guise) but then if you’re a PR, you might know her as the founder of West London Living.  Either way, she’s Lucy Land and a REAL scream.  Anyway, we had a lot to catch up on (all those gaps social media leaves) and so we breakfasted in glorious style in the non-Tavern-like dinning room. 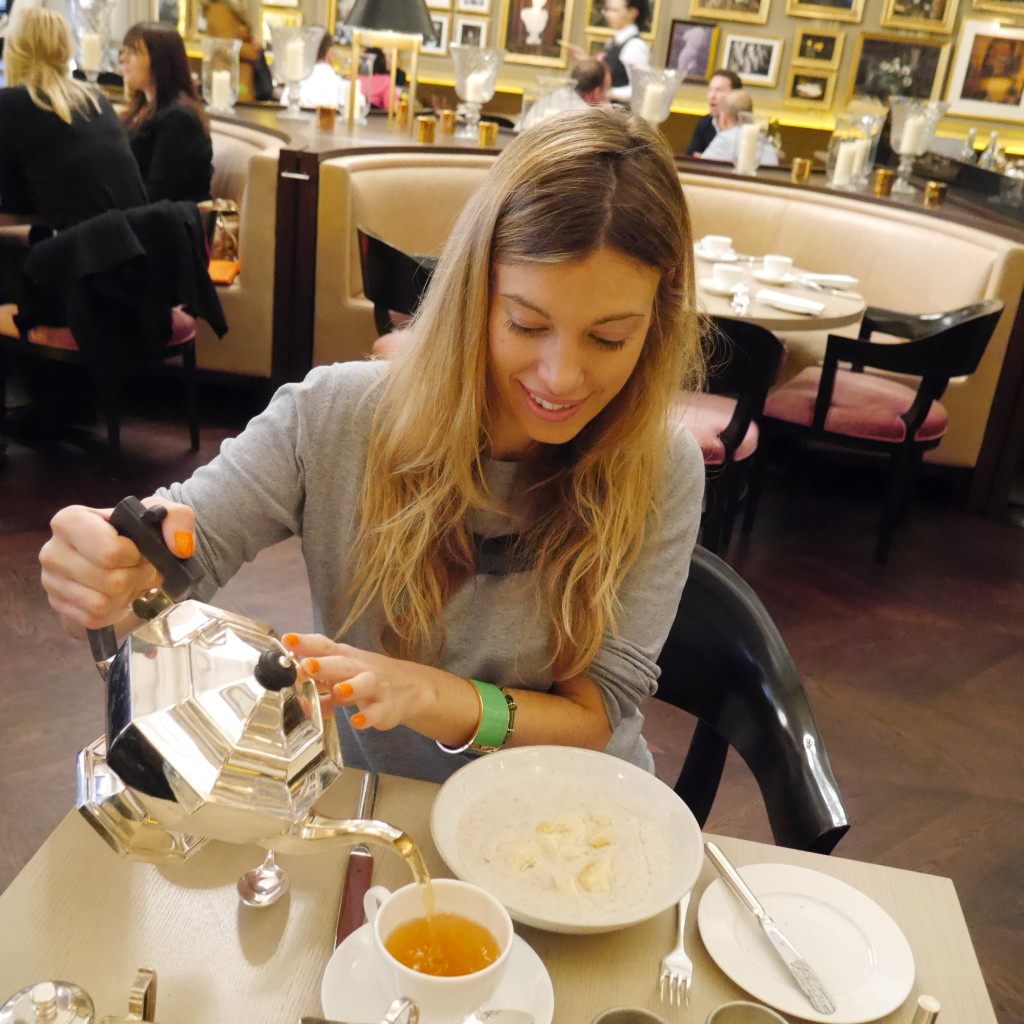 Now living in Amsterdam, the West London Girl is missing the London buzz.  She had reviewed (mostly in the West) til she dropped and Hot Danish (her man) had scooped her up and girl-napped her to the ‘Dam.  I’ve said it before on the blog but I owe this girl a lot – she got me into this fine blogging mess in the first place! 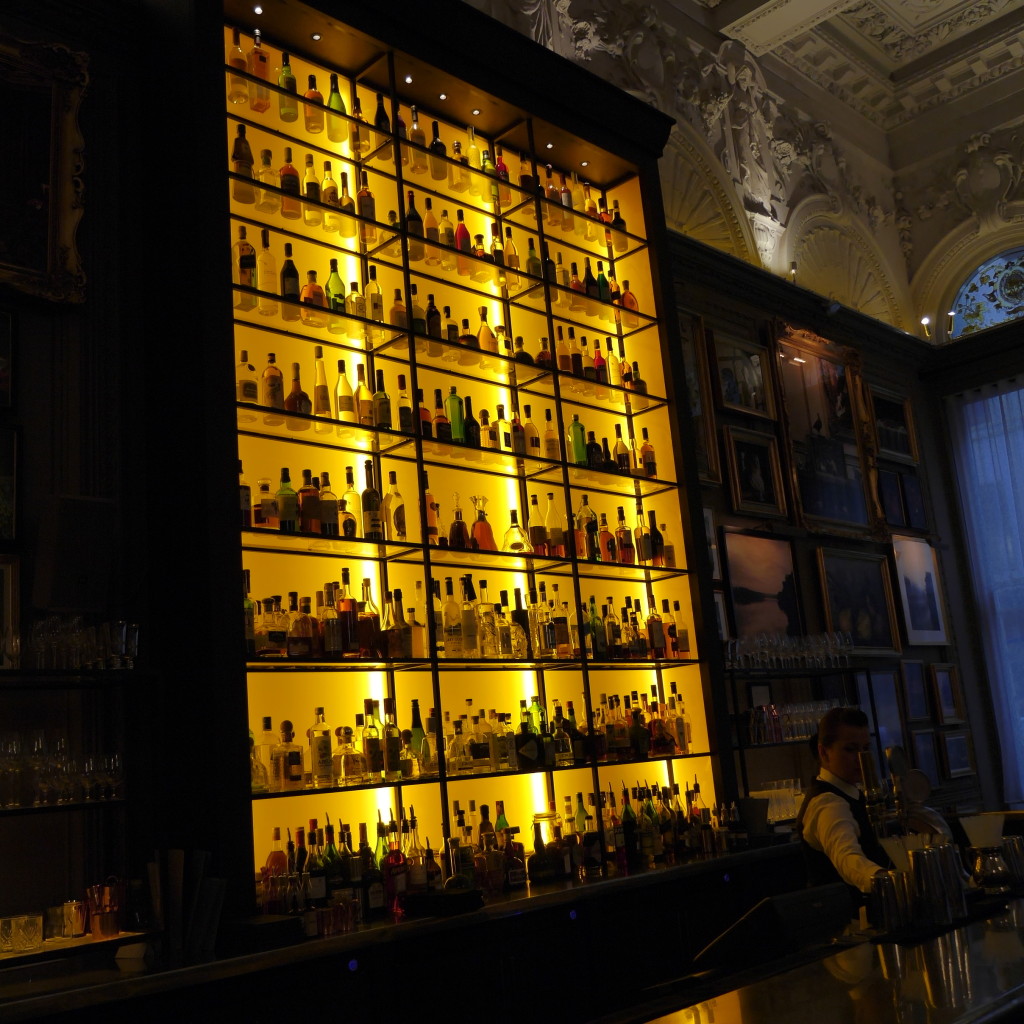 the bar within the restaurant

Breakfast was good (except for COLD toast which I hate but I’ll let pass on this occasion) and was served with an appropriate amount of ceremony.  I had a full English and she had porridge.   But, more importantly, it’s THE place to be seen, the venue of the moment.  It’s Mr S’s formula and we fall for it every time.  However, mixed with Mr A, we’re quite literally eating out of the palm of these hospitality wizards’ hands.

WLG and I properly caught up and filled up too.  So much so I forgot to ask her whether her porridge was any good… 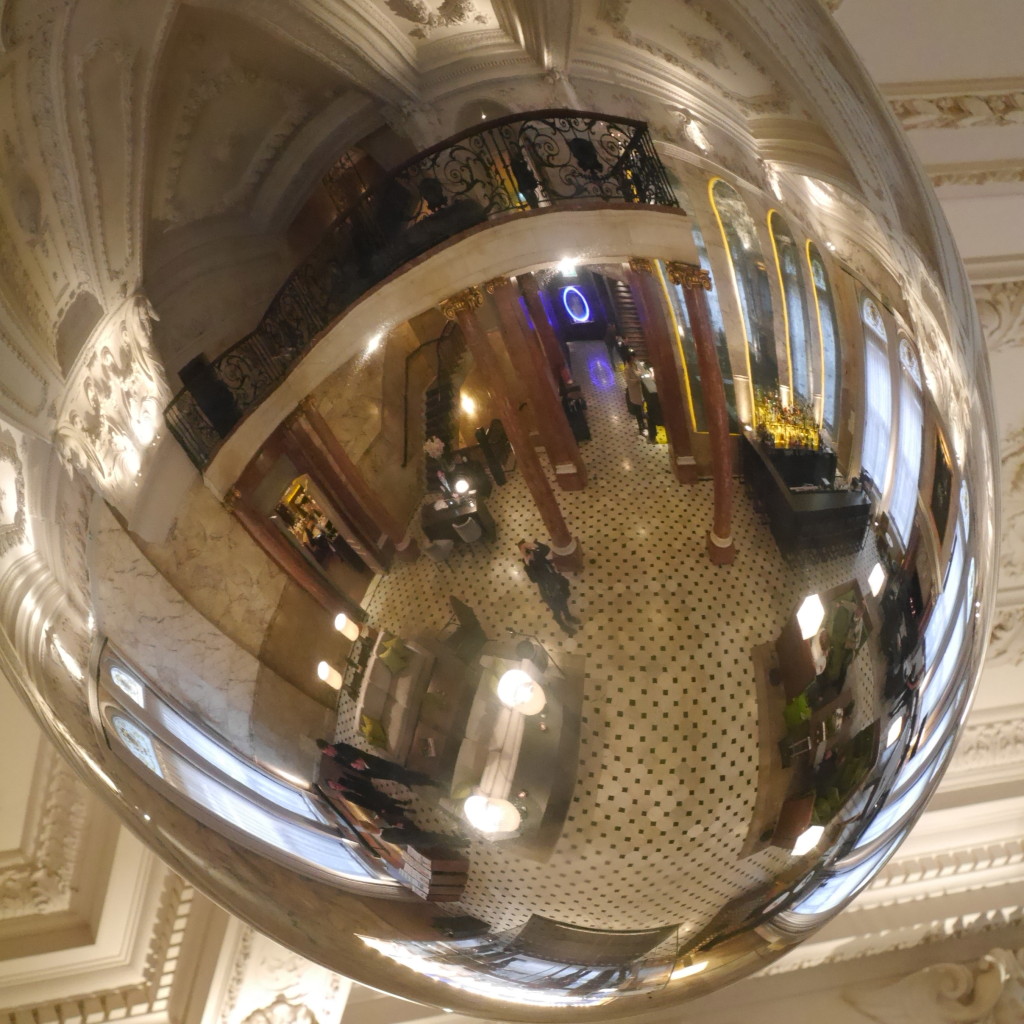