There have certainly been some highs and lows this week.  Lowest was waking up after long surgery and highest was my breakfast with the Red Head at Granger & Co.  read on and you’ll find yourself with no option but to head for the Grove. 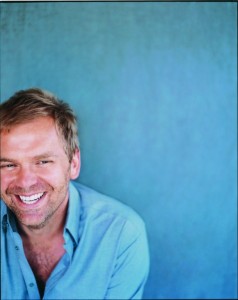 At my brother’s wedding, almost 10 years ago, I met a blonde and charming Australian.  In the most unassuming way, he happened to mention that he was a chef. I presumed that he had a beach café which ticked over nicely and it was not until I was travelling in Sydney, later that year, that I heard of Bill Granger, the world-famous chef, restaurateur and author, best known for his home-style cooking.

The transformation from ignorant sister to devotee was immediate; I had become yet another of his adoring fans.  His books provide me, the less than talented cook, with a fail-safe solution to entertaining and his café, Bills, was an absolute highlight of my culinary experiences in the southern hemisphere.  (Chatting to Keanu Reeves, as we ate our ricotta hotcakes, was simply an added benefit!)

So, after much speculation and rumour, I leapt for joy to hear that Bill (and his wife and business partner, Natalie) had signed a lease to open their first UK restaurant and, less than a week ago, Granger & Co opened on Westbourne Grove.

Seeing as few real people in the real world can ‘do breakfast’ on a Monday morning, I needed  to convince the Red Head, another die-hard freelancer, that we should prioritise our tummies post weekend socialising, and nip down to, what trendy west Londoners call, ‘The Grove’.

Granger & Co is light and bright whilst also casual and welcoming.  Bill and Natalie were buzzing around the attentive yet laid back team.  Perhaps because you can’t book a table, the vibe is one of a local café where you just might bump into your neighbour.  Bill is a perfectionist and that would explain why our breakfasts were so utterly delicious and our coffees better than most.  However, unlike many foodies of his stature, his attention to detail doesn’t  make you feel that it’s all simply a big show.

While I opted greedily for the full Aussie breakfast, the Red Head chose the sweetcorn fritters with roast tomatoes, spinach and bacon and together, we feasted like kings and felt full for hours afterwards.

But don’t be fooled into thinking Granger & Co is a simply a breakfast hang out.  It’s open from dawn to dusk and moves seamlessly from breakfast menu to soups and sandwiches at lunchtime and onto the dinner menu boasting reinvented popular favourites such as lamb meatballs with tomato & tamarind, parmesan crumbed chicken schnitzel and fragrant fish curry as well as a varying dish of the day.  Aware that Bill is keen to demystify the cooking of Asian food and highlighted by the success of his newest and ninth book, Bill’s Everyday Asian, I wasn’t surprised to notice that much of his menu has a Far East influence.

Whether you are looking for the ultimate in comfort food, Asian-twist cuisine, a taste of Sydney or just fancy checking out the glamorous Westbourne Grovers, I can guarantee that you won’t be disappointed.