Curly and her sous-chef did themselves proud last night delighting an intimate crowd of old friends with a spread of middle-eastern/modern European dishes while simultaneous unveiling their new fabulously sleek open-plan kitchen to Him and me.    However, all those present will agree that the desert kicked off the real excitement as we reminisced the era when Space Dust rocked our worlds. 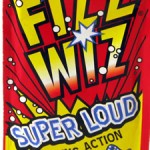 For those who were not allowed (or perhaps were not of pocket money age in the late 70s), the fascination with Space Dust was that it sizzled and popped on your tongue, causing a rather thrilling tingling sensation.  The manufacturers took this extraordinary ‘carbonated candy’ off the market after a child was rumoured to have exploded having consumed an excessive amount followed by a can of well-known cola.  The myth was confirmed as urban legend but the unusual bag of crackle remained banished.

Enter Curly and her desert:  Heston Blumenthal’s Chocolate Popping-Candy Cake and the jar of left-over sparkles for the table of 40-somethings to indulge in.  The overwhelming verdict last night was to bring back the original Space Dust, the king of all retro sweets, but just to monitor our intake.