One of my favourite local deli/coffee shops is called Black Truffle on England’s Lane.

I love the way the owner, Ben O’Toole, lines the walls with food, the way the light floods into the cafe, its high ceilings, artisan Climpson coffee and… well, the pastries, brownies and tempting treats which are mostly made in the kitchen downstairs. 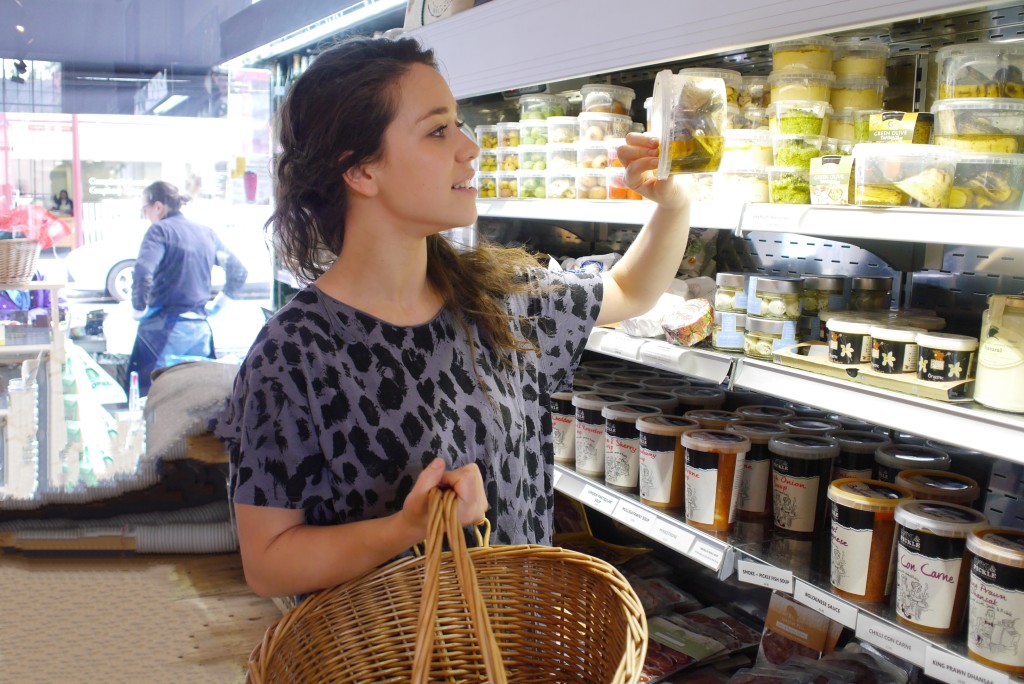 Georgia Green pretty much runs the deli’s kitchen. And the more I chatted to her, the more curious I became of this clearly super-bright 22 year old.  So I tricked her into making His birthday cake this weekend and then quizzed her as to how she became part of the Black Truffle gang. 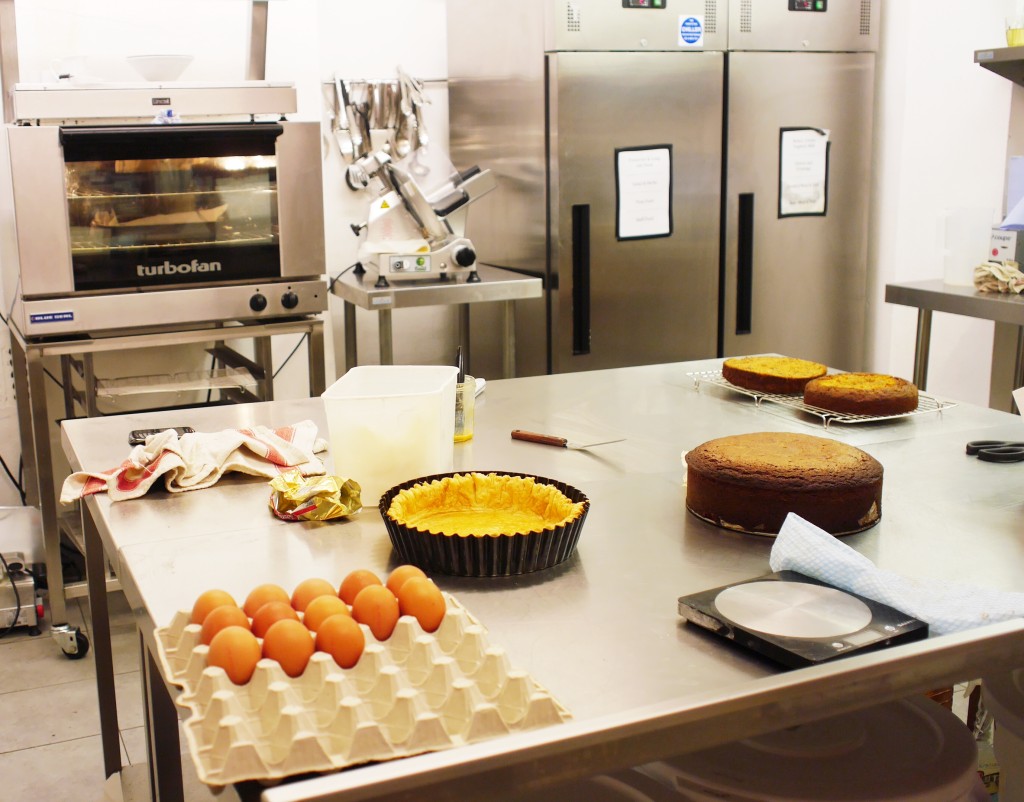 the kitchen downstairs at Black Truffle – where Georgia feels at home

Which was when I learnt that her story is one of choice, creativity, ambition and fulfillment.  Only a decade older than our Mini, I had a sudden moment of realisation that our children’s lives (symbolically the cake at large) are simply the sum of those ingredients we allow the Smalls to pick…

Here is Georgia’s story (in her own words) and a few pictures of His birthday cake (which was ridiculously delicious) as well as the kitchen, deli and her produce at Black Truffle. 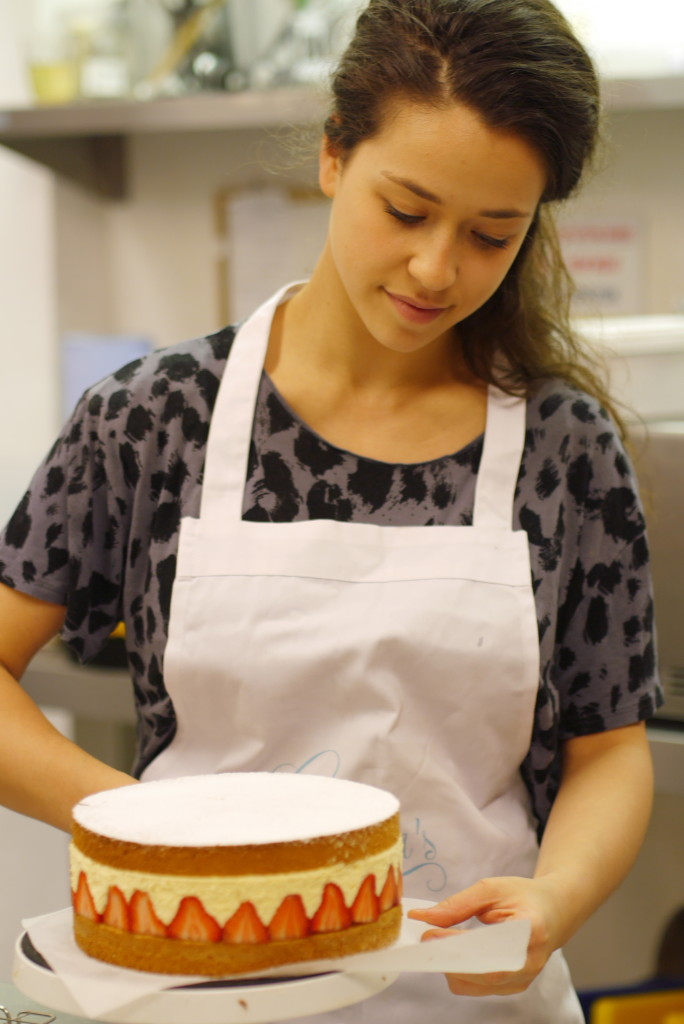 From architecture to fashion design to textiles to animation, the career choices I explored since graduating from secondary school never seemed to satisfy me. Only recently did I discover that cooking, particularly patisserie, was where my underlying passion lied. I had to take the bold move (and lots of persuading my parents) to leave London College of Communication where I was studying animation, to redirect my career into the culinary world and apply to Le Cordon Bleu, London. From the day I stepped into the pristine white building in Bloomsbury Square (September ’12), I knew I had finally found where I belonged and have never looked back…

The two subjects I excelled in most were maths and art (hence the architecture…) and when it came to cooking, I was drawn towards patisserie rather than savoury food mainly because of the similarity to maths; exact measurements, precision, logic and the correct method will produce correct results. In regards to art, well, that’s self explanatory…every patisserie product is an art in itself – visually stunning and the more attractive, the more appetising it looks! 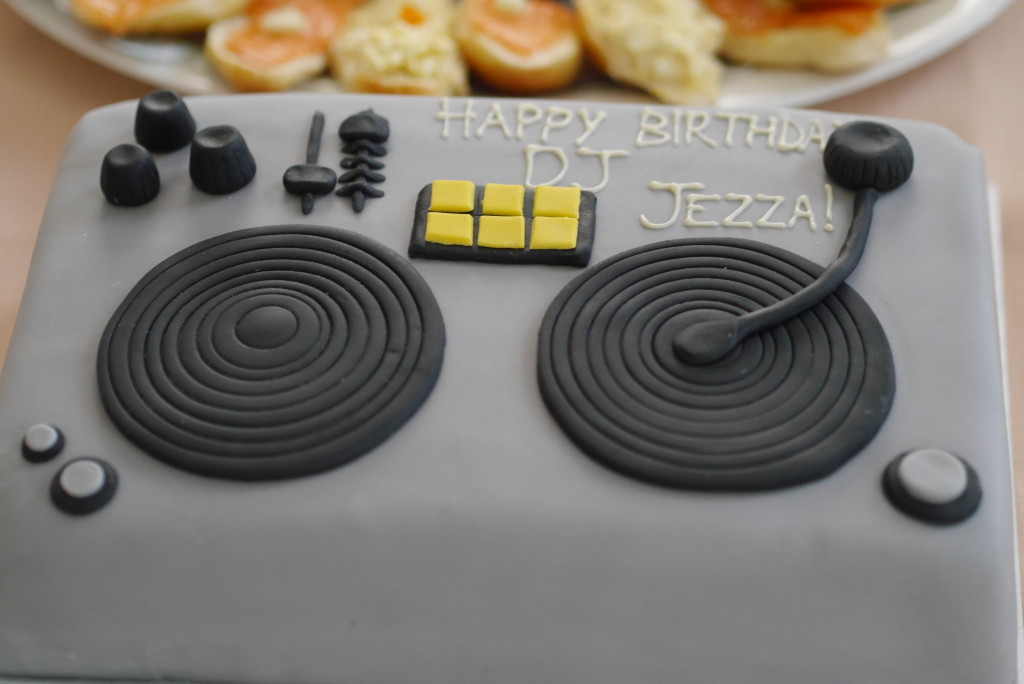 His DJ b-day cake made by Georgia – it fed more than 20 family members with lots left….

I currently work at Black Truffle Deli in Belsize Park where I can let my creativity run wild while cooking savoury dishes as well as sweet ones. The kitchen is like my little science lab where I can experiment as much as I want and learn something new every day. As well as this, I have my own private orders specifically for cakes and patisserie goods under my own name Georgia’s. The most important factor in my cooking (especially cakes) is that they taste just as good as they look. What irritates me the most is when you are given a beautifully decorated cake and it tastes like cardboard. It is my aim to prove otherwise!

When I’m not in the kitchen, I dance most of the time. I am involved in an Israeli performing dance group, training myself in Ballet (and pointe shoes!) and helping my partner develop his events entertainment company Ilaidance where we offer all sorts of productions and dance shows for events. 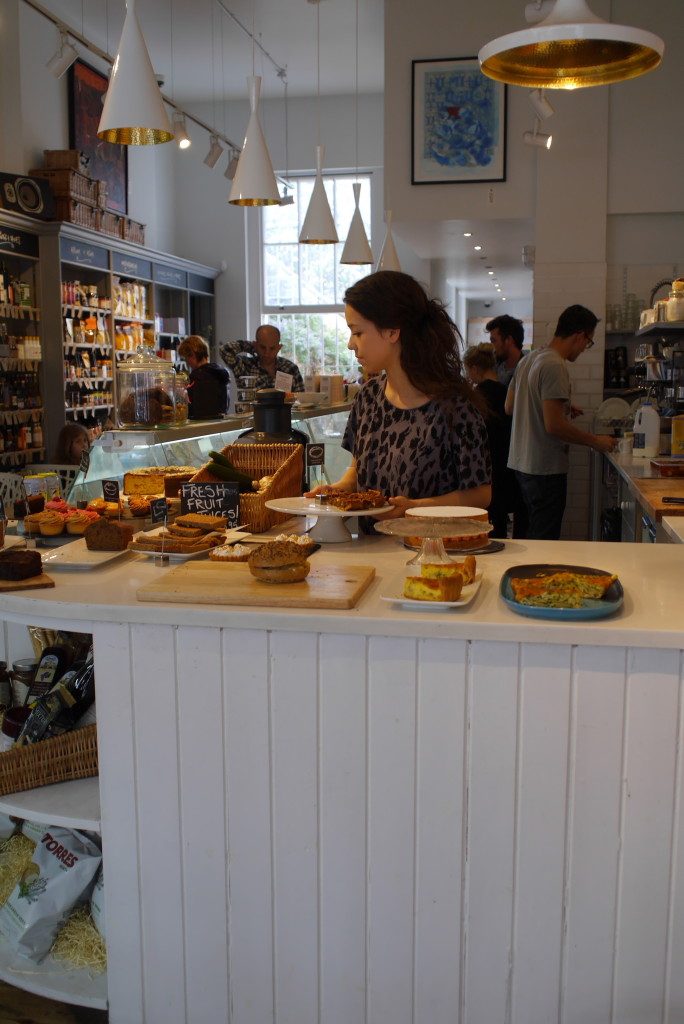 Georgia arranging her goodies at the front of the deli

In 2 years? 5 years? 10 years time? Who knows what will happen in the future, however I would like to think that I will be doing what I am now, but on a larger scale. Perhaps my own catering company? My ultimate dream is to be a television chef – the new Nigella perhaps? I would love to show others how to create amazing looking food which still has the ‘home-made’ touch.

To order one of Georgia’s patisseries or cakes, do email her info@georgias-cakes.co.uk  Or simply pop into Black Truffle for a proper cup of coffee and a slice of her quiche. 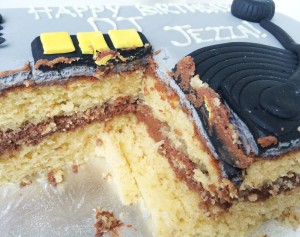 Filed under food, him, life