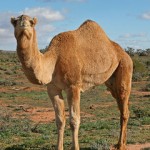 the camel and its vitamin enriched milk

In our western world, when we talk about milk we are mostly referring to that of a cow or a goat.  Not that of a camel.  And yet camel milk has long been touted as one of the most healthful drinks in eastern countries.  Not only is it much easier for the human body to digest, far closer to that of human breast milk than any other but it is also rich in vitamins B and C and contains 10 times as much iron as the other milks.

Harrods Food Hall has taken all this on board and, in response, has launched a new version of their own award winning coverture chocolate using camel milk (instead of cow milk) for the ganache filling. 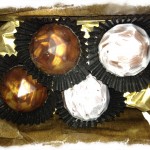 With no personal camel issue (apparently our large mammal friends aren’t Kosher incase you’re that way inclined), I was keen to try these chocolates (particularly as they were kindly sent to my desk) and I can disclose that they are completely delicious.  Novelty value aside, they will clearly appeal to Harrods visitors from Dubai and neighbouring countries and we shouldn’t overlook that they will be a great option for diabetics and those who are lactose intolerant… and if it’s good enough for the Bedouins, it’s good enough for me …well, as long as it doesn’t give me the hump….