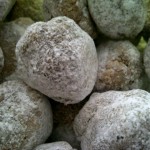 Those of you who know me well are fully aware that I am the less-conventional Jewish wife.  Without delving into any religious identity discussion, I will confess that, for me, the communal enjoyment of certain foods is religion at its best.  My idiot proof contributions to tonight’s festivities include: cinnamon balls, chopped liver, which will never be half as good as my grandma’s and charoset, the delicious apple, nut, cinnamon mixed with ultra sweet wine which represents the mortar that the Israelites used to make bricks while they were slaves in Egypt.  Let’s hope my version is not too symbolic.