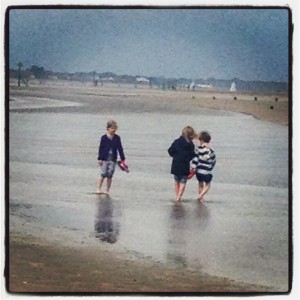 imagination on the beach

Watching the Smalls play with the other smalls on the beach I am realizing just how important this unrestricted play is.  One moment they are in a make-believe world of fairies and cowboys and the next they are playing the age-old favourite ‘mummies and daddies’ (the irony of that ‘game’!)…  Their imagination transports them to a truly relaxing world where there are no rules nor instructions.

As a G&T type of gal, I noticed that Bombay Sapphire also see the true value of imagination.  Together with Tribeca Film Festival, the iconic gin brand is offering budding filmmakers the chance to make their own imaginative short film.  What’s the connection I hear you cry?  Well, the marketeers behind Bombay Sapphire strongly believe everyone has an imagination and their recent survey showed that we (flicks aficionados) are hankering after more original screenplays at our local cinema, instead of the endless stream of big film franchises.  I’d definitely agree.

So, if you want to part of the global imagination revolution, check out www.imaginationseries.com where you’ll find Oscar-winning screenwriter Geoffrey Fletcher’s specially commissioned script.   Through words and/or images, you can have a stab at interpreting the script.  Winners will be chosen to go on to direct their own short film which will be launched at exclusive international screenings in early 2013. (The competition closes on 1st August – so don’t deliberate for long.) 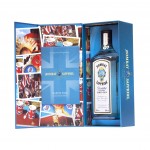 COMPETITION: And back to the gin.  Bombay Sapphire are so keen to inspire you all that they have given me 5 of their ‘This is London’ Limited Edition Gift box worth £19.99 each.  If you need one of these boxes to get your creative juices following, email emmaparlons@googlemail.com with your name and address before 23rd July 2012.

follow @yablon to find out the winners of this competition…

One Response to Good old-fashioned imagination