Is revenge ever really sweet? 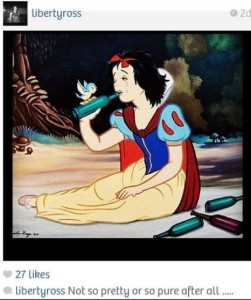 Last week a male friend of mine phoned me in a furious panic.  Could I come over right away?  He had found strong evidence to suggest that his wife was having an affair at work.  With her boss.  The cliché rang loud and true and – of course – I flew over there with a big tin of chocolate biscuits as fast as I could.

Once the sheer shock and immediate rush of blood to the head had passed, my friend’s intense fury surfaced.  How could she do this to him?  But, I was surprised to notice that this anger had been almost immediately transferred to the other him in this sorry state of affairs (excuse pun).  The him who had ‘taken his wife’ and seduced her.  As I made him a strong cup of tea, I saw him glance at the neat stack of sharp kitchen knives.  There was no doubt, he saw RED.

Once the sugar and caffeine had kicked in, he talked about revenge.  The strong temptation of outing this romance to the world at large was consuming him.  I hadn’t really realised before just how much Twitter and Facebook provide us with a social media humiliation platform like no other.  Basicaly, we are all one click away from sharing too much with too many.

In a month where we have certainly witnessed Vicky Pryce’s (ex-wife of Chris Huhne) intense desire for revenge as she hoped to destroy her husband’s career, I started to think about whether or not revenge is ever sweet? Both the tabloids and broadsheets reflect the celebrities’ need to out their private lives and, of course, our insatiable interest in their errors. 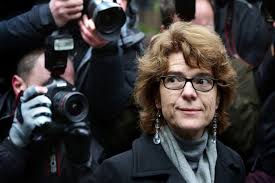 the Pryce of revenge

Back in July last year, in life mirroring art, poor old Liberty Ross found that her cheating, director husband, Rupert Sanders, was kissing Kristen Stewart on and off the set of his film Snow White and The Huntsman.  Immediately taking to dangerous Twitter she commented: Not so pretty or so pure after all… to her followers.

Branded ‘appalling’ by her husband in reference to her affair with a rapper, Kate Goldsmith also reached for the keyboard to get her own back.  A series of angry tweets ensued and suddenly dirty Goldsmith linen was flying in every direction.

But is revenge – even offline – ever sweet?  The problem is that there is so much that could go wrong and any satisfaction you get may never be worth the price you might have to pay.  Most crucially though, when you give in to revenge, you are, unfortunately, allowing yourself to indulge in evilness.  And that’s never a good ingredient for the soul.

So the guilty parties on this particular occasion should be eternally grateful that I pulled my devastated friend back from the social media edge.   Without my coercion not to humiliate himself (as well as her), everyone everywhere would know everything about this affair.  There are serious perils with sharing too much anger and so revenge online or in the real world just isn’t an option.