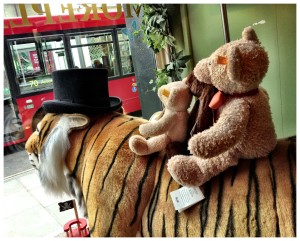 the view from inside R. S. Currie, Westbourne Grove

When is a toy shop so much more than a toy shop?  I suppose when the building and its contents have a story to tell.  Small and his friend were delighted to be invited along to review R.S. Currie,105 Westbourne Grove, but were obviously totally unaware that, at the turn of the 20th century, R.S.Currie & Co (owned by Mr Jack Currie) had supplied classic cars to the inhabitants of Notting Hill. 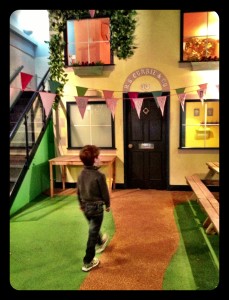 Small checking out the party venue at the back

None of this is THAT amazing.  But what appealed to me is that Tom, the owner of this toy shop, is Jack’s grandson. 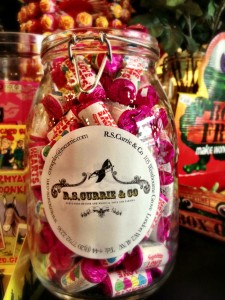 The shop site has also been a Victorian tea and dancing parlour as well as a scooter business but Tom just could not bear to see the state of the building so started to hatch a plan.  A toy plan. 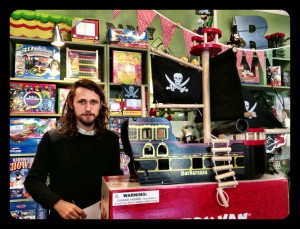 Tom Russell in his shop

And then R.S.Currie & Co, Purveyors of Fine and Magical Toys, opened its doors on the 13th December 2009. Since then it has clearly become a HUGE favourite with locals as both a brilliant party venue (at the back) and a one-stop-shop for Christmas, birthdays and anything in between. 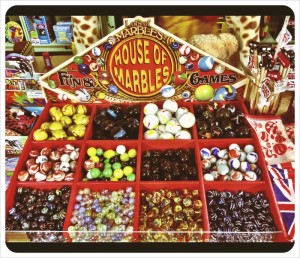 House of (more than) Marbles at R. S. Currie