Brit beach life on the Isle of Wight

Aged 22, I was really quite opinionated.  Degree in hand, I came back down to London (from Manchester) thinking I pretty much knew it all.  Except that of course I had to live at home and get a job.  And, even then, the job would be at the bottom of that very long ladder. 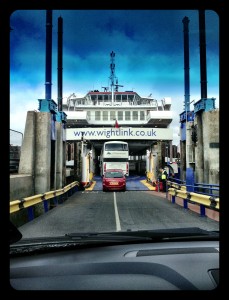 all aboard Wight Link

And while I was on that first rung, I met my namesake.  Em & Em we were called as we worked by day and partied by night.  Actually, she had to cook by night to justify a swanky studio flat in NW8, but once she had served up, we headed out.  Anyway, what was really amusing was that this ‘other Em’ was EVEN more opinionated than me!  Together we had everything under control. 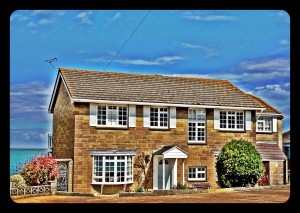 20 years later and we have now lived a little.   Both much more chilled but, unfortunately for our Hims, still pretty much right about everything. Anyway, she wondered if my clan might like to join her clan for a Swallows and Amazons-type weekend on her Isle of Wight.  (I say hers as she has literally spent every summer of her life on the island.) 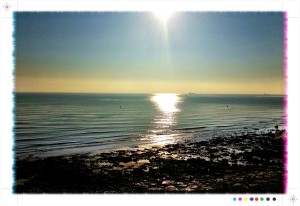 view from our bedroom on Sunday morning….

Back in the days of old, Seaward Lodge had been an emotional purchase – out of sheer love for the island’s sailing and Brit beach culture – between two families and now they ‘allow’ renters to enjoy their view. 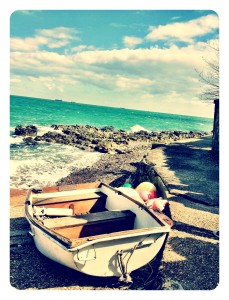 a boat at the bottom of the garden

And what a view.  From pretty much every room in the house you feel as if you are on a boat out at sea.

The weekend was bliss.  In total we had 5 Smalls but we hardly saw them for dust.  They were crabbing, running up and down the beach, making daisy chains in the garden or playing in the nearby adventure park with crazy golf course. 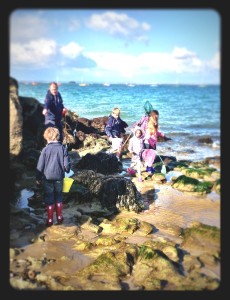 crabbing in the Isle of Wight 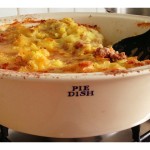 And then we slept like logs. Waking up to hear the waves… and some smalls playing on the wii downstairs..

If you too fancy a little of this view (or the sea air), then get booking Em’s house through Wight Locations.

If we’re both saying it’s amazing, then we MUST be right.

Seaward Lodge sleeps 10.  It has a big dinning room table, a separate playroom as well as large living room and is literally on the beach.  A short walk will take you to Seaview village where you’ll find pubs, restaurants, corner shop, pharmacy, post office and even a Thai takeaway.

We took the car on Wightlink from Portsmouth – Fishbourne which takes 45 mins. 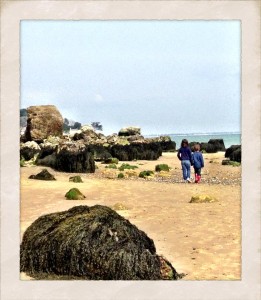 our Swallows and Amazons-type weekend