my new ‘fountain’ pen – without the hassle of an ink pot!

I certainly didn’t pop along to check out Parker’s revolutionary 5th Technology  (an entirely new way of writing with fountain pens – totally unlike those that would leak in class) to find out more about my personality!  Elaine Quigley, the UK’s leading graphologist (handwriting analysis expert – to you and me), was on hand to scrutinise our script.   Having never had this done, I was pretty excited.  I sat down to write with my rather beautiful pearl lacquer Parker pen.

A little about the pens.  If you’re around my age, Parker pens were de rigueur at school.  Cartridges leaked or simply got stuck in the barrel and … who remembers filling pens from ink pots?  The mess, the blotting paper….even then, the ink sometimes just didn’t flow. 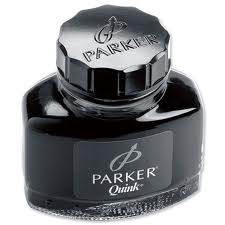 The pen people have excelled themselves to compete in a world where no-one writes enough anymore.  The PARKER 5th Technology ink refill doesn’t smudge and is unaffected by temperature or pressure changes so won’t leak, even on a flight. It has a flexible tip which adapts almost instantly to your natural writing style. Presents for godchildren just got a whole load easier. 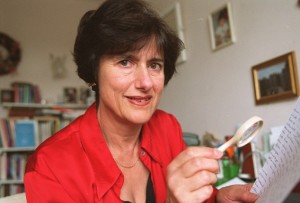 Back to me.  Without boring you with the details, it is eerie how spot on Elaine’s analysis is.  My positives she lists as independent, inquisitive and ambitious but also couples these attributes with a little too idealistic, non-committal when not interested and unpredictable, ‘even puzzling at times’!  Chatting to her on the phone, she told me that she works with all sorts.  Brides to be, potential employees and has even analysised Kate Middleton’s writing ( July 2011).  ‘It’s basically body language on paper’ she explained.  ‘I have been doing this for more than 30 years but I am still having to explain that it is a true science.’  And it is technology and science that now bring us a beautiful pen which looks like a fountain pen but curiously isn’t.

COMPETITION:  And the wonderful Parker pen people have given me an IM Premium PARKER 5th Collection Deep Gun Metal Twin Chiselled pen (worth £57) for one of you lucky readers to win.  All you have to do is sign up to my blog (top right of homepage),  follow me on Twitter and RT the picture of my new pen and notebook on Friday 30th November. The lucky winner will be selected randomly on Saturday 1st Dec 2012.