Do you gift on Valentine’s Day?  It has come out of nowhere this treat-after-treat-after-treat….  Surely a card with a big fat heart on it and a sloppy, wet kiss should be plenty?  Well, it seems we’re all being swept along with the idea of giving is loving (and vice versa) and so I didn’t even baulk at the idea of being sent on a Valentine present buying mission…to the recently opened London Designer Outlet.

on my way to the London Designer Outlet this morning

Despite being only one tube stop from my house, news of the London Designer Outlet hadn’t yet reached me. Off I trotted this morning amid gale force winds and driving rain to check out London first ever designer outlet, located just next to Wembley Stadium.

casherooooni to spoil Him this Valentine’s Day

As instructed, I met the marketing girl at the Customer Service office where she promptly handed over £50 cash and asked me to keep my receipts.  I had given myself an hour for the mission. 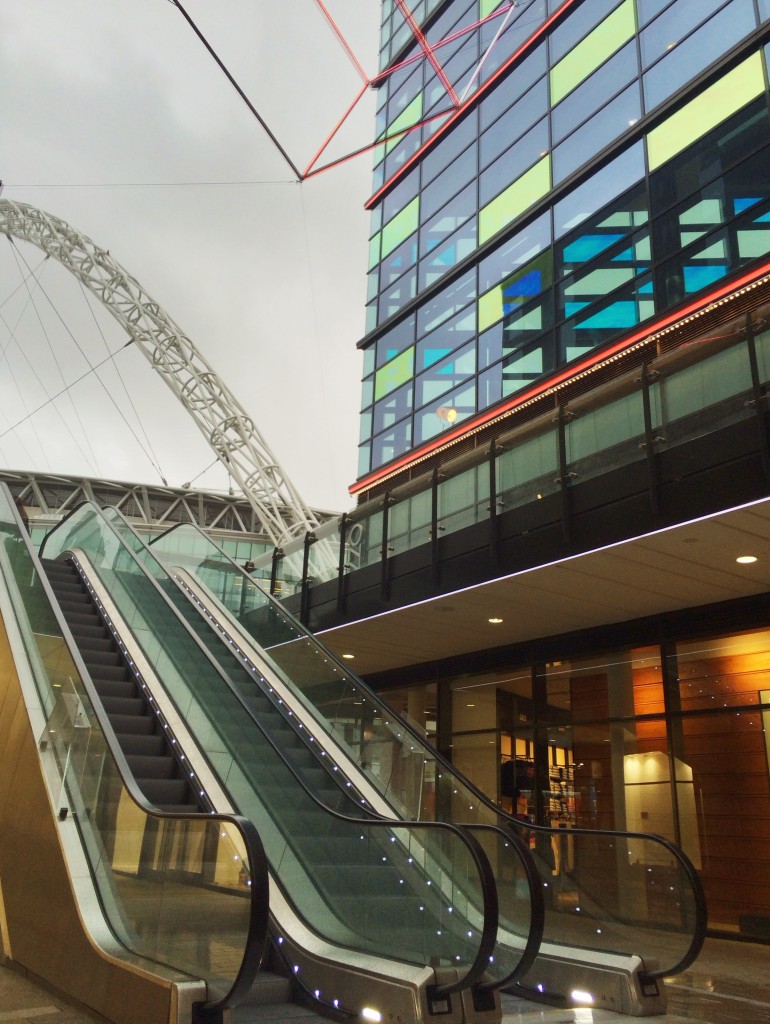 During this hour (to be fair 930am on a Tuesday morning) I didn’t see one other shopper.  I hear the centre is busier at lunchtime and really quite busy the weekends before Christmas.   I counted 4 cook shops, a handful of sports/outdoor shops and some basic fashion outlets such as Superdry, L.K. Bennett, H&M and Gap.  Most of the products are 50% off, making shopping a REAL bargain. 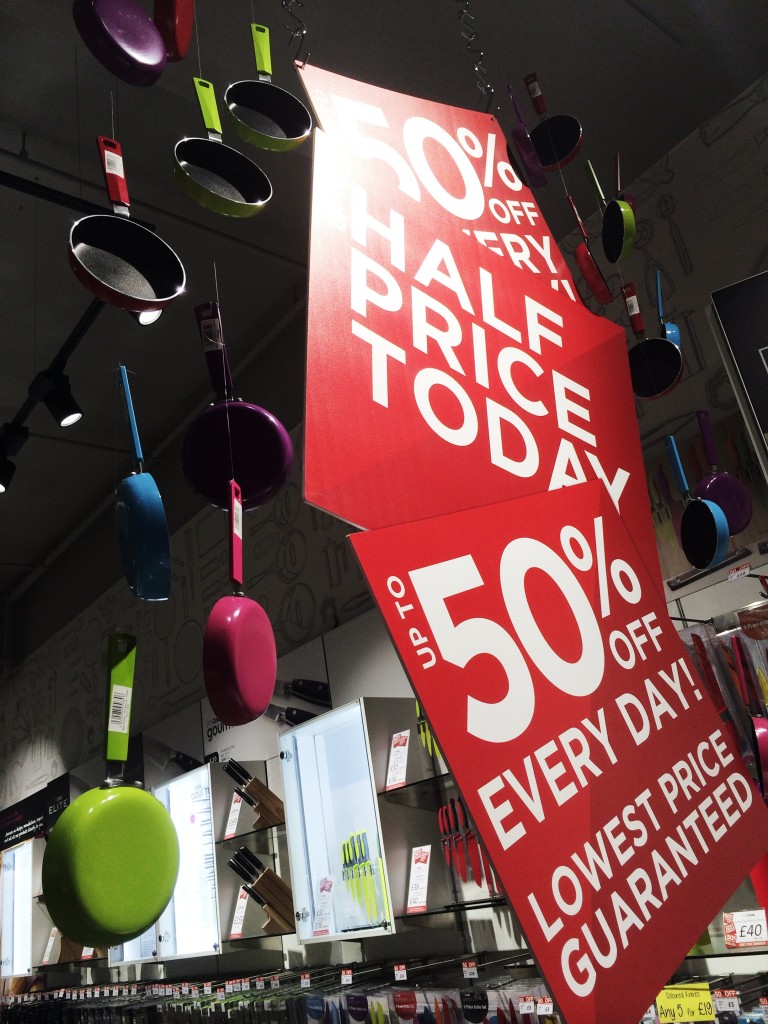 I browsed in Superdry for Him but wasn’t convinced He would be happy with yet another t-shirt.

Then – in one of the cook shops – I had an amusing idea.  Our slightly seen-better-times baking trays tend to wind Him up.   At half price, I wondered if I could pass them off as a ‘romantic’ gesture?

And that was then I suddenly remembered him mentioning that He needed a new running jacket.  (There’s only a certain number of miles you can run in a jacket before it can run itself… to the bin.) I popped into Asics and found this rather smart one marked down from £70 to £49.  Mission accomplished! 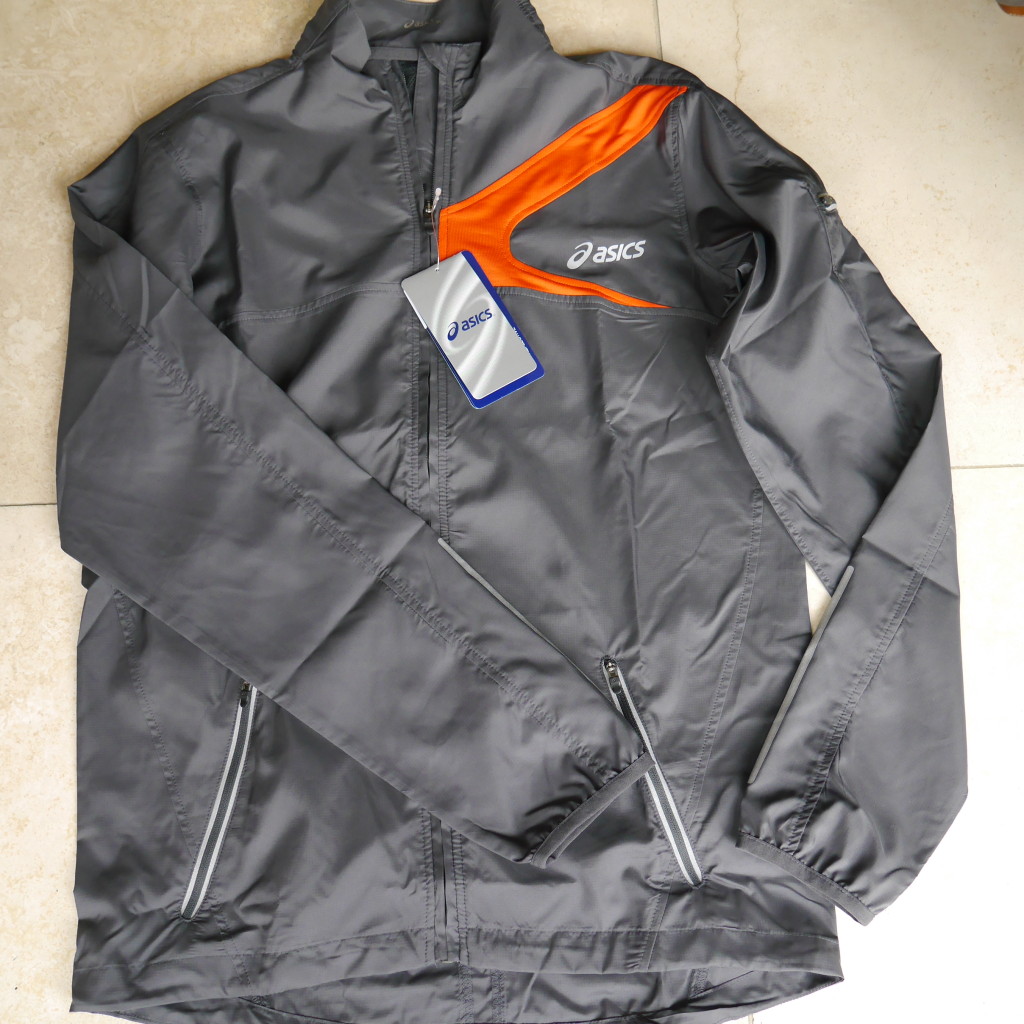 a new running jacket for a loveable Him 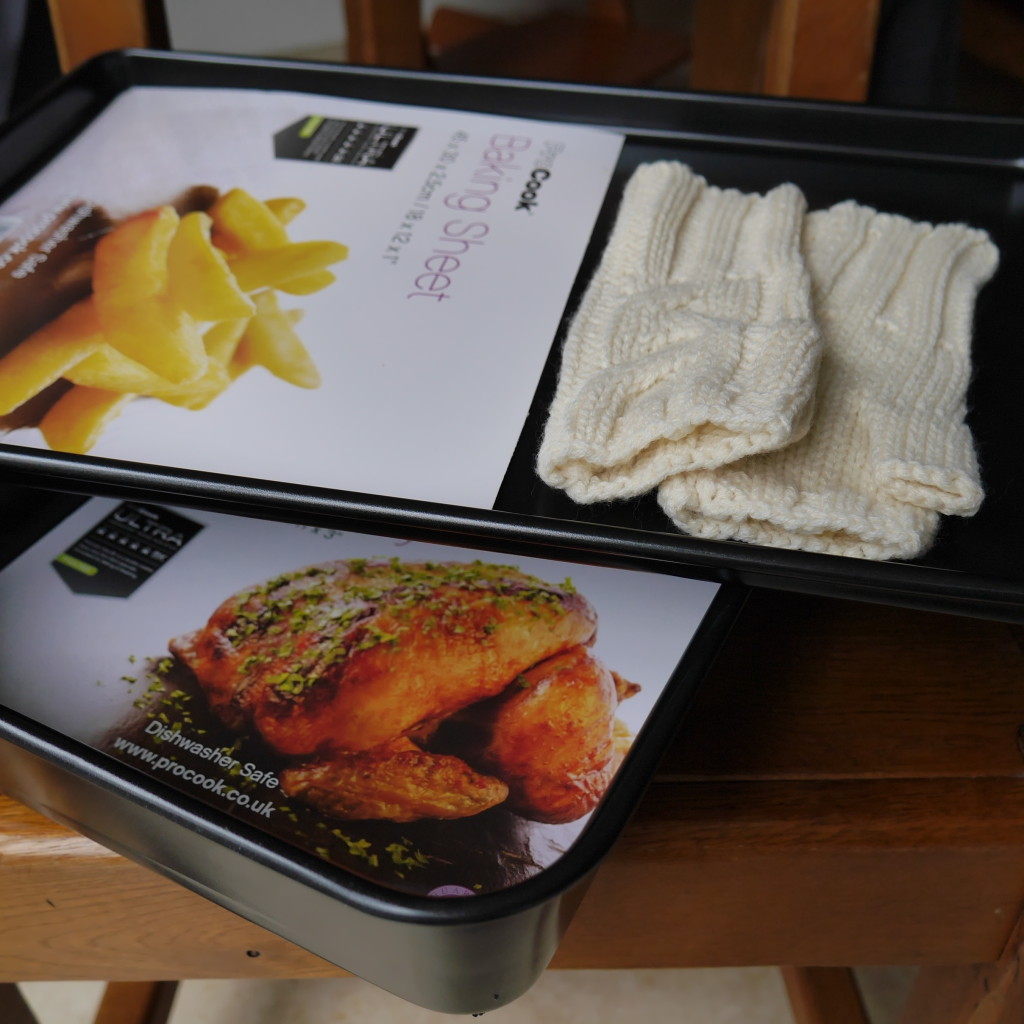 those romantic baking trays and my fingerless mittens

COMPETITION:  Now it’s your turn to go and check out the London Designer Outlet!  One of my lucky readers will win a £50 gift card… all you have to do is  LIKE my Facebook page and follow me on twitter.  The winner will be chosen at random on 1st March 2014.