On Father’s Day He was allowed to chose our lunch venue… I could have sworn He came over quite giddy with the sudden freedom of choice.  Anyway, quick as a flash, the boy contingent in this house looked at each other and shouted:  FLAT IRON.  Mini and I rolled our eyes in agreement and that was that.

It wasn’t that we didn’t want to go.  That would be plain ludicrous,  never having even tried it.  No, we just hear an awful lot about this restaurant and their boys-trips there.  Given half the chance, they hop on the tube sniffing out those slabs of beef. 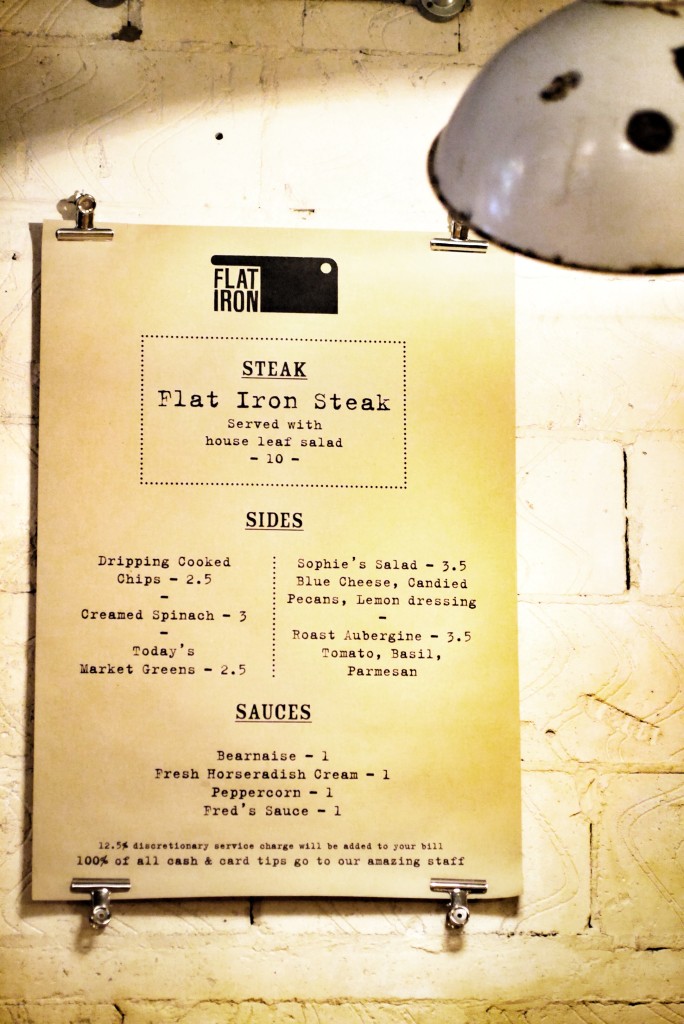 So off we trooped to Beak Street that Fathering Sunday.  Without a booking, as that’s the way it rolls at Flat Iron. 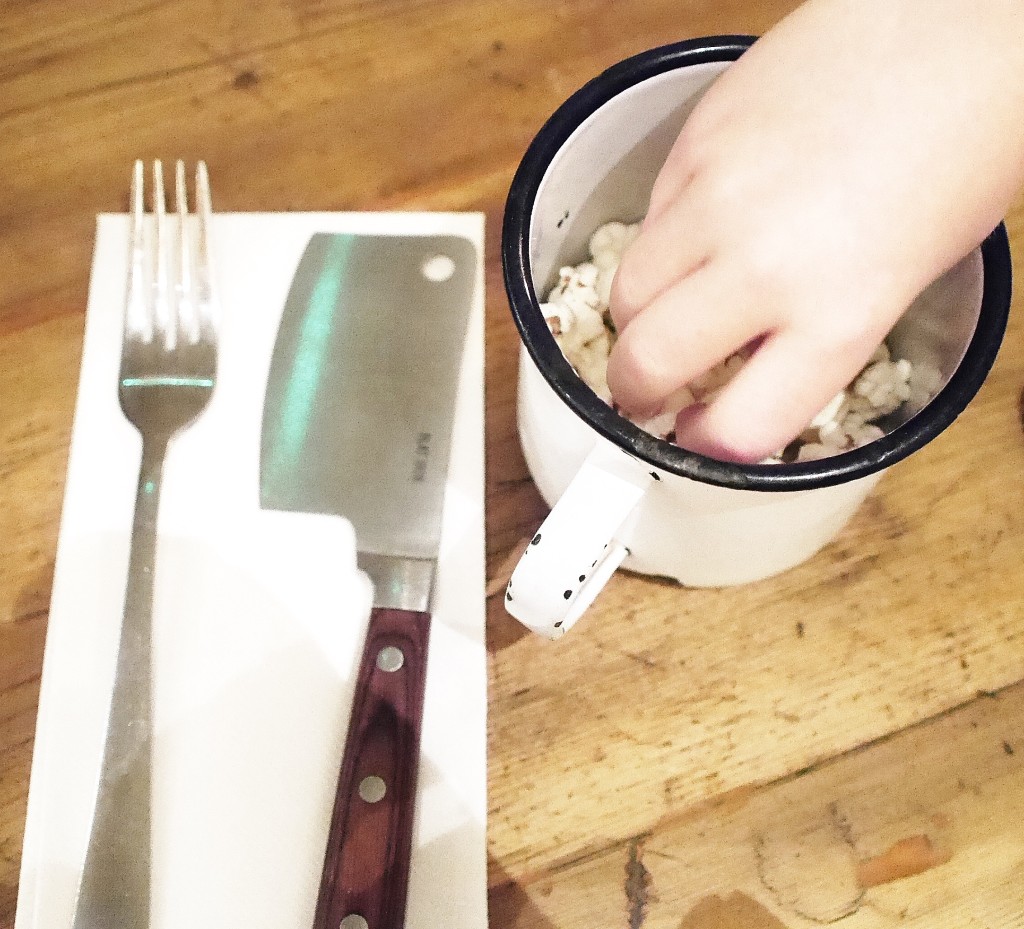 Founded by a Cambridge graduate and ex-Wahaca adviser, Charlie Carroll is on a mission to make the best, most affordable steak in town accessible to meat eaters.

Charlie claims that the flat iron cut has been “massively overlooked in the past” and I have to say, after my ridiculously delicious red-meat-fest I have to (begrudgingly) agree with my boys.  This is, without doubt, a better alternative to those frenchies at Entrecôte. 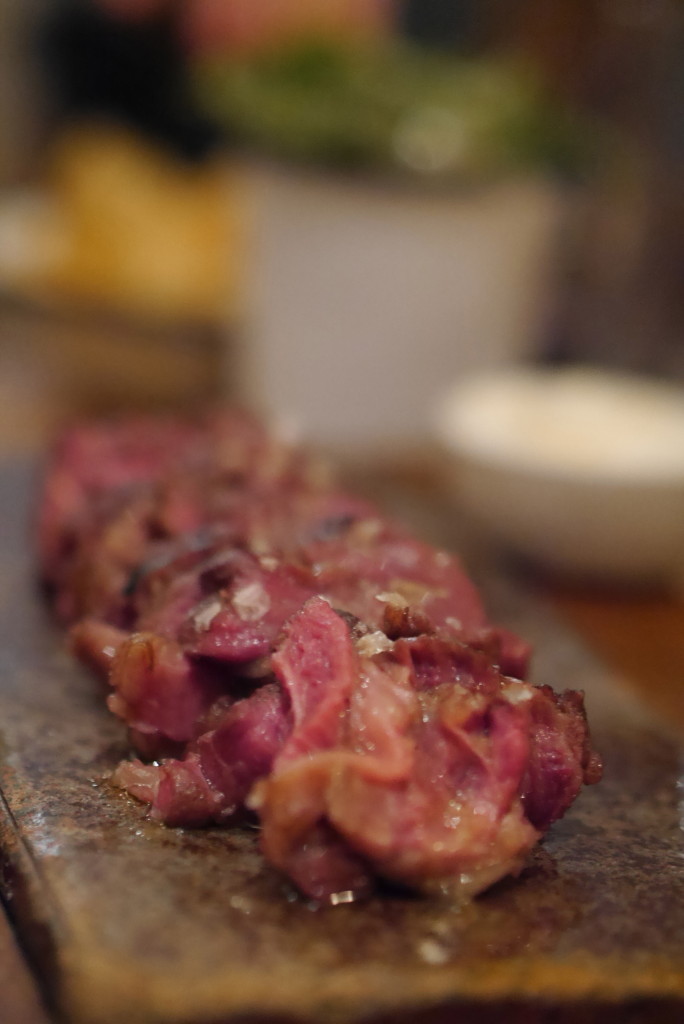 During our meal, the waitress let on that there is soon to be a 2nd Flat Iron on Denmark Street.  I tracked down the main meat man to find out more…

when does Denmark St open and how many will it seat?  early July and it will seat around 60

will it be any different from the Beak St offering?  a little, but focus still on amazing steak at great price

where did the idea first come from? I love good steak and wanted to be able to offer everyone the chance to try it without having to break the bank.

would you ever open in an airport? (question from the 8 & 9 yr old at the table!) Doubt it… 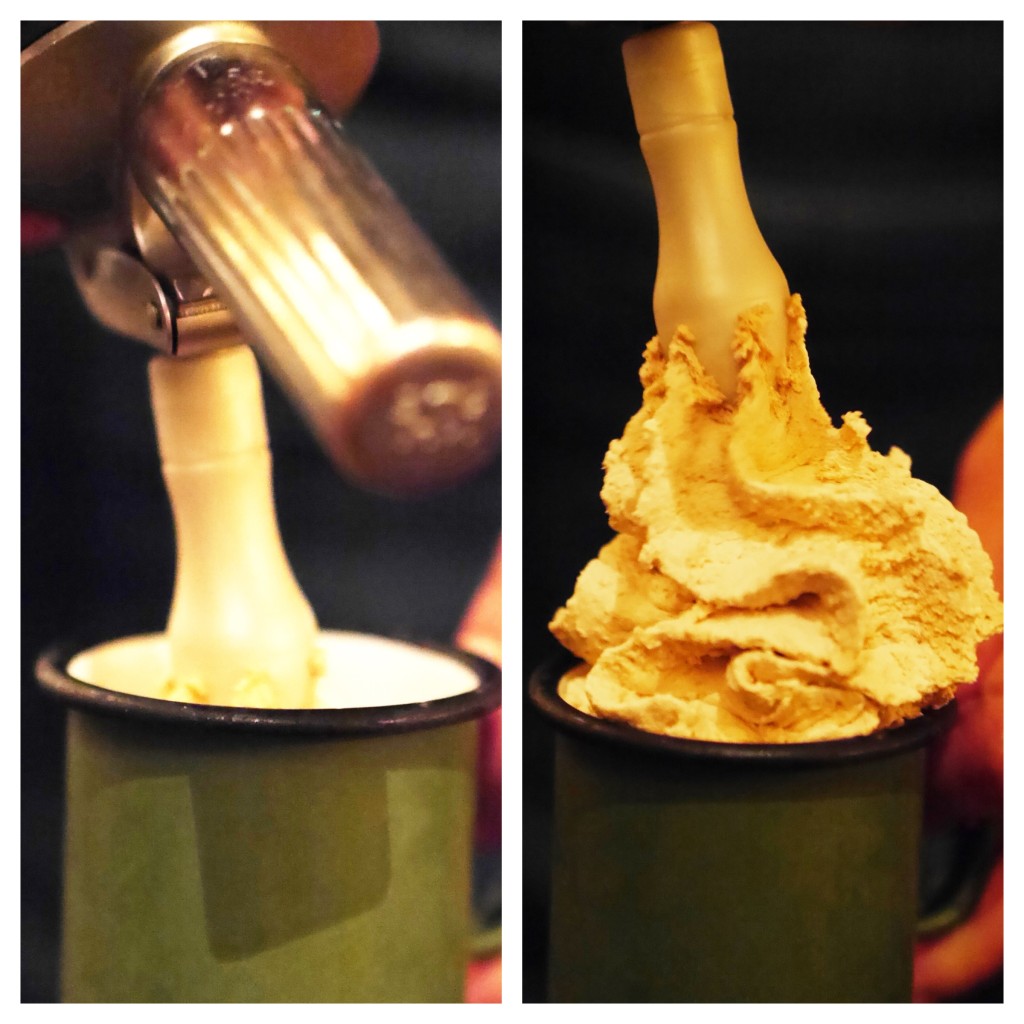 what on earth is in that dessert?! Top secret…

did you ever eat at Entrecôte before you opened Flat Iron?  Yeah, I like that place and was encouraged by how popular it is

where do you eat when you don’t fancy meat?  I’ll let you know when it happens…

what is the long term Flat Iron goal?  Amazing steak for everyone 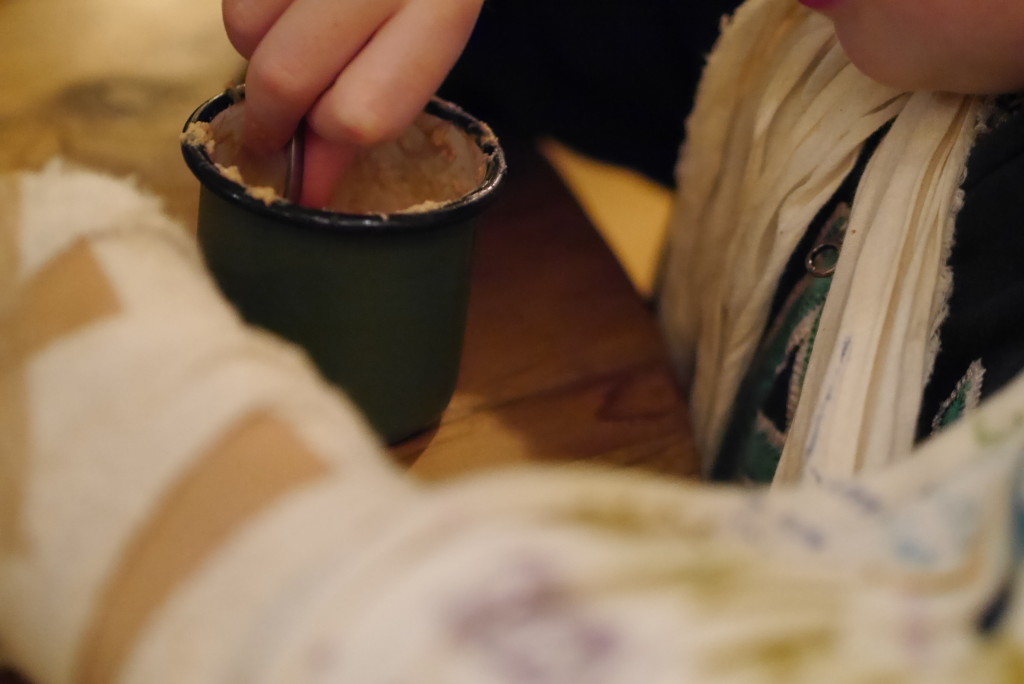 what would you say to a vegetarian? I’m not vegetarianist, some of my best friends are vegetarian… (I have converted 6 vegetarians thus far though…)

who is going to win the world cup? Brazil

where would your last meal be? Somewhere warm on a terrace with a view… Quattro Gigli in Tuscany perhaps

which is the best meat you have EVER tasted?  Assuming you mean beef, some raised by my farmer Charles up in Yorkshire, or possibly a steak I had recently at Julian de Tolosa in Spain…