Bowled over by Lord’s Cricket Ground

I mentioned in an earlier pre-Christmas post that keen cricketer godson was to be given a tour of Lord’s as part of his gift from me.  He’s ten and, from what I hear, a pretty mean bounce bowler.  Of course, he has visited the ground before for various matches but the full-on tour was something we needed to tick off his list.

The Smalls got whiff of a treat and barged their way in too.  Soon I had a group of 5 kids and the perfect companion: @gemcricketmad – my neighbour, friend and a cricket obsessive all rolled into one. 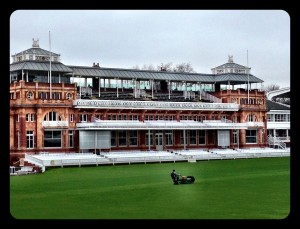 The tour began in the MCC Museum before leading us into the Pavilion’s dressing rooms (clearly HUGE disappointment from me to find not even one cricketer mid-change).

We then headed to the real tennis court, through the iconic and manicured grounds before finishing up in the perfectly modern yet equally attractive Media Centre. 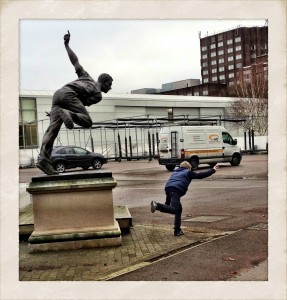 my godson, the mean bowler

My further understanding of what is The Game With Too Many Rules was 100x more thrilling than I would ever have imagined.  Godson knew more facts than I would ever want to know, but just hearing the origins of the Ashes, admiring the panoramic views of the Long Room and learning about the ‘hallowed turf’ slope made me feel terribly proud to be British and even a little bit keen to buy tickets for the next Twenty20 match there.

It was, nevertheless, a little too long (after almost two hours all 5 kids were absolutely stumped), so I might suggest that Lords run a children’s version of this tour.  After all, it’s a cheap way to thrill the next generation of sport heroes. 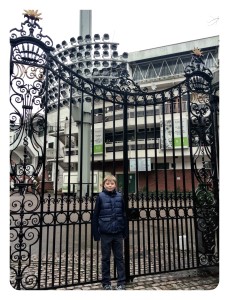 Godson outside Grace Gate at Lord’s