communal living at The Treasury 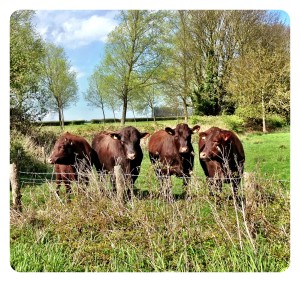 Have you ever fancied living on a commune?  No, nor have I.  But I think I might just have got as close to one as I’ll ever get.

I suppose I need to explain.  Last weekend, staying in a stunning house called The Treasury, we had ‘company’.  In fact, there were 17 of us. 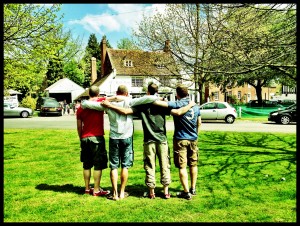 The reunion with His 3 best mates

He has 3 best mates from His school days.  One lives in New Zealand with his Kiwi wife and 3 mini Kiwis.  Another lives in South London with his wife and two VERY small smalls and the third lives North of us with his wife and their 2 older smalls.  With the Kiwi contingency visiting Blighty, a weekend reunion was planned.  And a house found to accommodate us all. 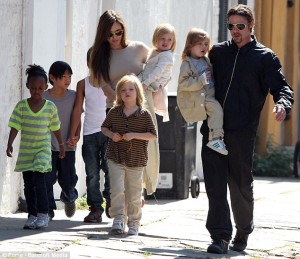 Of course the resident blogger was offered as barter and a deal was struck.  And this was all before I had googled The Treasury only to discover that no less handsome than a Mr Brad Pitt, his Jolie wife and their herd of smalls had laid their heads under this very same roof.  (At the end of last year Brad was re-shooting scenes of World War Z and so they spent a month in the sleepy village of Ickham.) 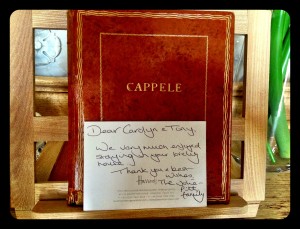 thank you note from Brad to the owners of The Treasury 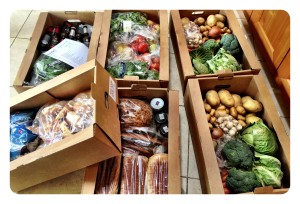 Back to our stay.  We had a serious number of mouths to feed.  Having previously reviewed Hubbub, we were curious to see how Foodari, the local produce delivery service, would fare.  And I was impressed. Our laden boxes were delivered on time – full of Kent fruit, beer and some very green looking veg.

Cooking was tricky.  Well, not so much tricky but definitely challenging as we catered for under age ‘refined’ tastes whilst keeping carnivores and vegans alike happy.  But it worked and, at times, it even worked well.  But it probably worked best when we were in the pub next door … 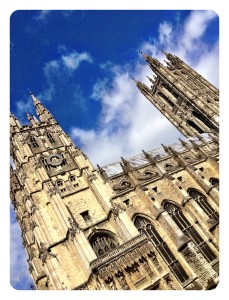 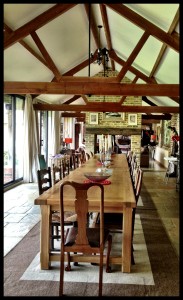 The Treasury: and this is where we broke our bread 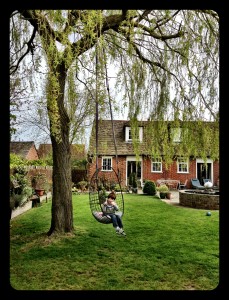 There was a HUGE number of children.  9 to be exact.  But they were kind to each other and mostly adored hanging off the swing in the idyllic garden, playing football and throwing things into the pond (curiously not themselves which I could have put money on).

No one slept a full night.  But that might have been something to do with the wine, beer, spirits and any other anesthetic-inducing relaxants.  And once the sun was up, so were we. 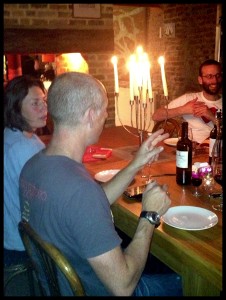 adult play… we were asked to review the game, Best of TV & Movies

The house is uber spacious, quirky and almost theatrical in its interior design. But, most importantly, it lends itself very well to family fun as well as parents needing to relax and party.  With three bedrooms up one end of the house and another two large family rooms down the other end, the snorers can be separated while the early risers contained. 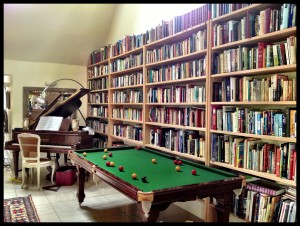 a corner of one of the sitting rooms 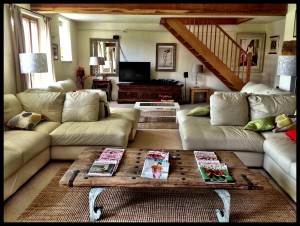 one of the sitting rooms

The kitchen is large and spacious and we were delighted to find a copious amount of herbs and spices as well as a large range cooker and fridge.

So our communal-living weekend is now over.  It was a fun and entertaining experiment while also a reasonably exhausting one.  Located in the midst of the ‘garden of England’, The Treasury is a real find for large groups of any kind.  Celebrities with numerous offspring, grown-up school boys and their familes or anyone needing to get away from it all.   I think I might rent it next time on my own. 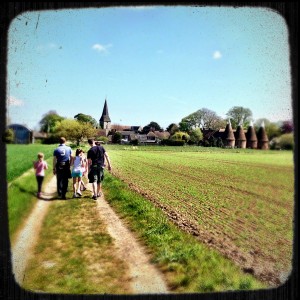 the stunning ‘garden of England’ surrounding The Treasury

Our weekend away was booked through Mulberry Cottages, the holiday property agency specialising in luxury holiday cottages across Southern England.

COMPETITION:  As you can see in my photos of the weekend away, we played the game of moving pictures, Best of TV & Movies.  And Drumond Park, the games manufacturer, has generously given me 4 board games (worth £29.99 each) to give away to my readers.  All you have to do is to enter this competition is sign up to my blog (top right of homepage) and  follow me on Twitter. The 4 lucky winners will be selected randomly on Wednesday 22nd May 2013.

19 Responses to communal living at The Treasury