David Bowie is at the V&A 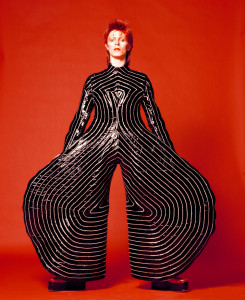 David Bowie is currently the hottest ticket in town.  I had every intention of securing a ticket but bogged down in school break ups, a Jewish festival and the latest release of cancer research, it simply dropped off my to-do list.  Then, over a lazy breakfast this morning at Granger & Co, my cousin’s lovely Brazilian’s wife dropped into conversation that she had 2 tickets.  Said cousin graciously stepped aside and I jumped at the chance to devour the retrospective which has been three years in the making. 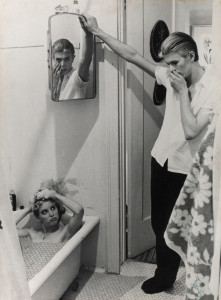 A rock and roll genius while also a controlled marketing machine, I could see from my fellow fans, Bowie appeals to all generations.  Fitted with Sennheiser headphones, the treat is both visual and audio and includes his stunning costumes, literary influences, personal drawings, music scores and even a tissue stained by his lipstick. 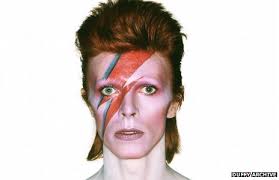 Bowie at the V&A

But what really struck me as I delved into his life was that his creativity knows no bounds.  Bowie – as Ziggy Stardust – liberated his audiences far and wide giving them the freedom to be whoever they wanted to be.  Over no less than four decades, this pop legend has influenced music, culture, fashion, technology, art and sexuality.  No mean feat.

This exhibition is a MUST.  Don’t leave it to your cousin’s Brazilian wife to sort. But a BIG thank you to mine.

I wrote this listening to Bowie’s new album, The Next Day.

David Bowie Is opened on Saturday March 23 and closes on Sunday August 11 2013.

One Response to David Bowie is at the V&A