film review: All is Lost

Last night He and I crashed their date night and the 4 of us drank plum wine at Jin Kichi and… well, watched almost 2 hours of Robert Redford saving himself at sea.  But I think we may have missed the point of this critically acclaimed ‘one man and his boat’ film.  You see, Nothing. Really. Happens. 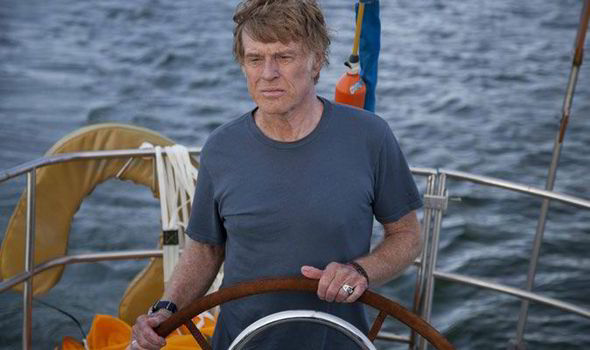 Firstly I should add that I thought Robert Redford had retired.  I mean, he’s pure grandma-totty.  Who knew he was still up and running, let alone capable of saving capsized boats in the middle of the Indian Ocean?

My next issue was the lack of words and information.  We know NOTHING about this voyager.  I clocked a ring, but that’s it.  And surely it’s unrealistic to think that a man would deal with so many nautical disasters before a swear word passes his lips?  I, for one, would have been chatting 10 to the dozen to try and keep myself calm. 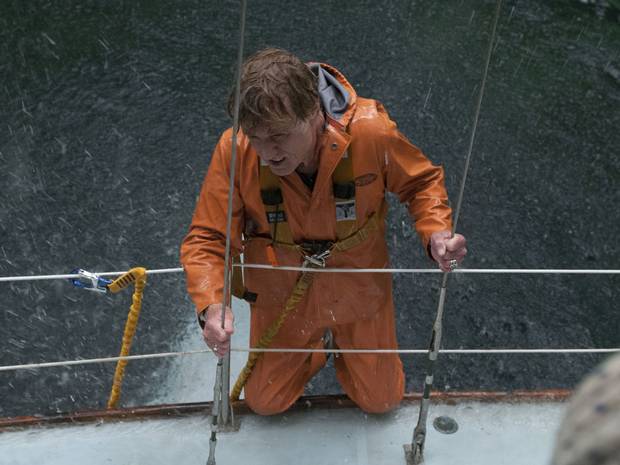 storm after storm. All is Lost.

The inconsistencies continue.  Exposed to a burning sun, he wears his hat for all of three seconds.  Oh and he almost certainly drowns in the final scene before a surge of energy motors him to the surface. (I’m not spoiling it for you, you won’t sit through THAT much water.)

Aside from some first class acting (he’s bound to win an Oscar), Redford is admirably resourceful at sea and – for any readers planning an expedition across some stormy waters in a less than adequate vessel – this film would be a must-see.  But for the rest of us?  Well, I found the action (or lack of it) to be neither tense nor exciting.  In fact, I kept wondering when his voyage (or life) might be over.

All is lost.  Well, at least those two hours of my life are.

One Response to film review: All is Lost