I really do enjoy spending a large amount of my time eating in a variety of (mostly London) restaurants.  I consume the hype, tweet my excitement and digest the cuisine before regurgitating my verdict as a blog post.

And, now I think about it, I suppose a lot of my homework is done in advance.  I check out the restaurant’s website, their menus and specialties, research other reviews and then call ahead to explain that I will be reviewing, while securing a table. 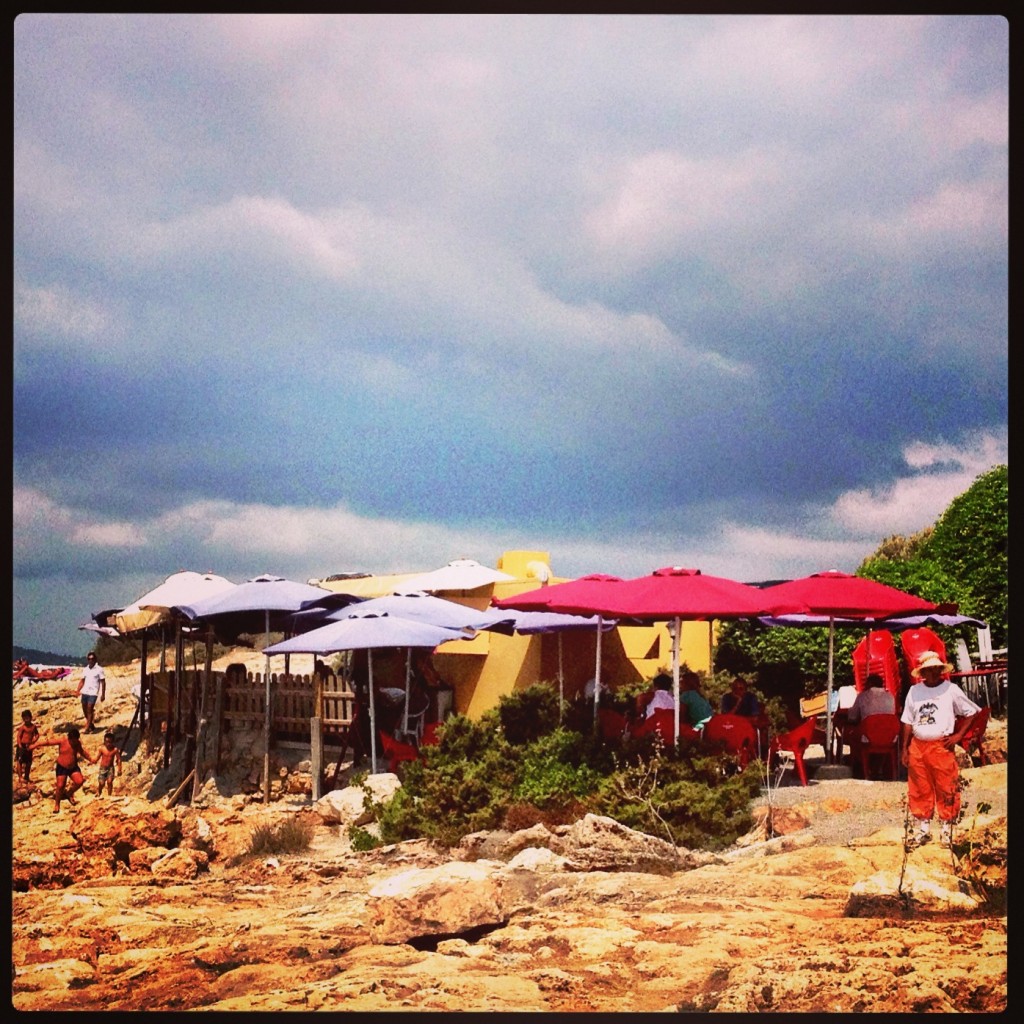 The Fish Shack in Talamanca, Ibiza

None of this was the case for The Fish Shack.  Tipped off by one of my brother-in-laws, I was on a mission to find a place which, according to him, ‘serves fish more delicious than Scott’s’.  No website, no address, no telephone number (therefore no bookings), no menus and only a couple of nods as I asked locals and hotel staff alike if they had heard of this unusual eaterie. 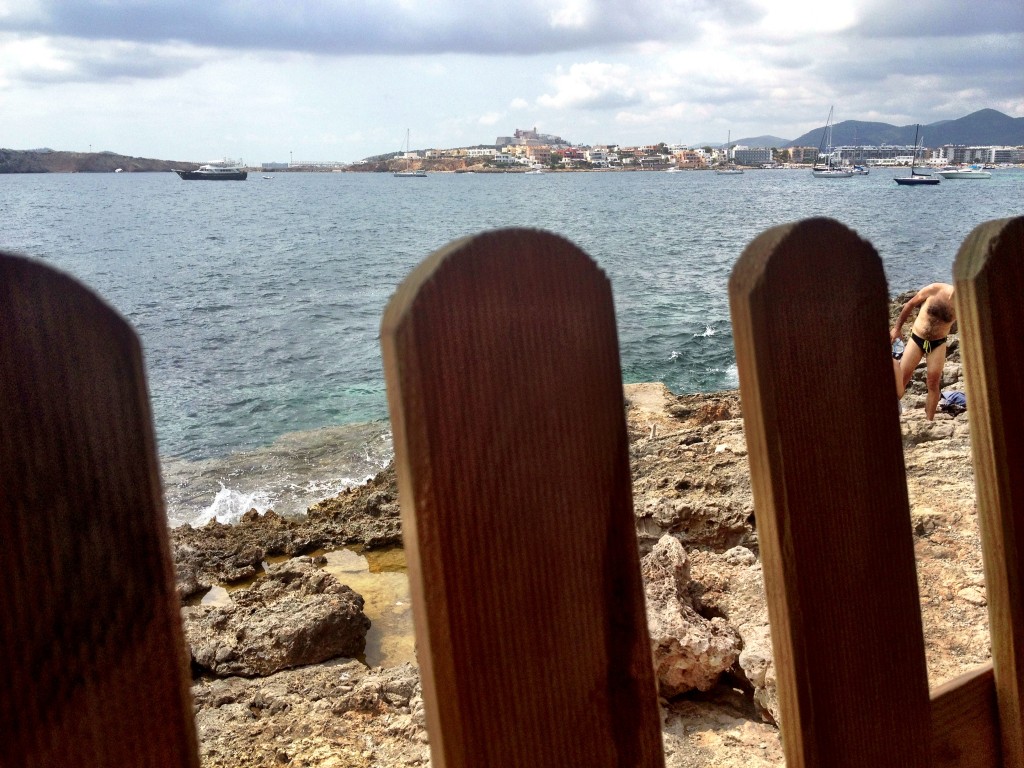 The rocks, sea and some delcious fish at The Fish Shack

But this only made me hungrier, all the more keen to visit and adamant to turn a deaf ear to Him, who had decided it was ‘all marketing hype’ and quite potentially a waste of time.

However one particular Ibizan urged me NOT to give up.  Head for Sa Punta in Talamanca, he advised.  Park in Sa Punta’s car park and then climb over the rocks at the back of the restaurant.  You’ll need to get there early to secure a table but you can swim in sea while one of your crowd holds onto the table. 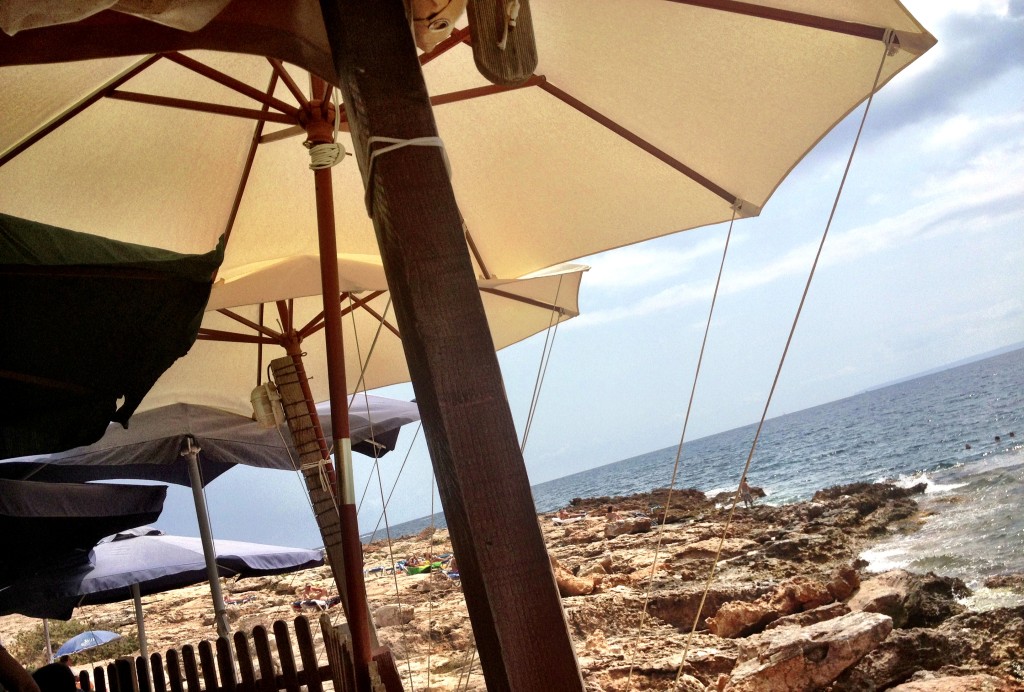 a cluster of umbrella canopies make up the cafe

The last day of the holiday (expectantly – another story) arose.  Map in hand, we headed south with some friends curious enough to follow us. 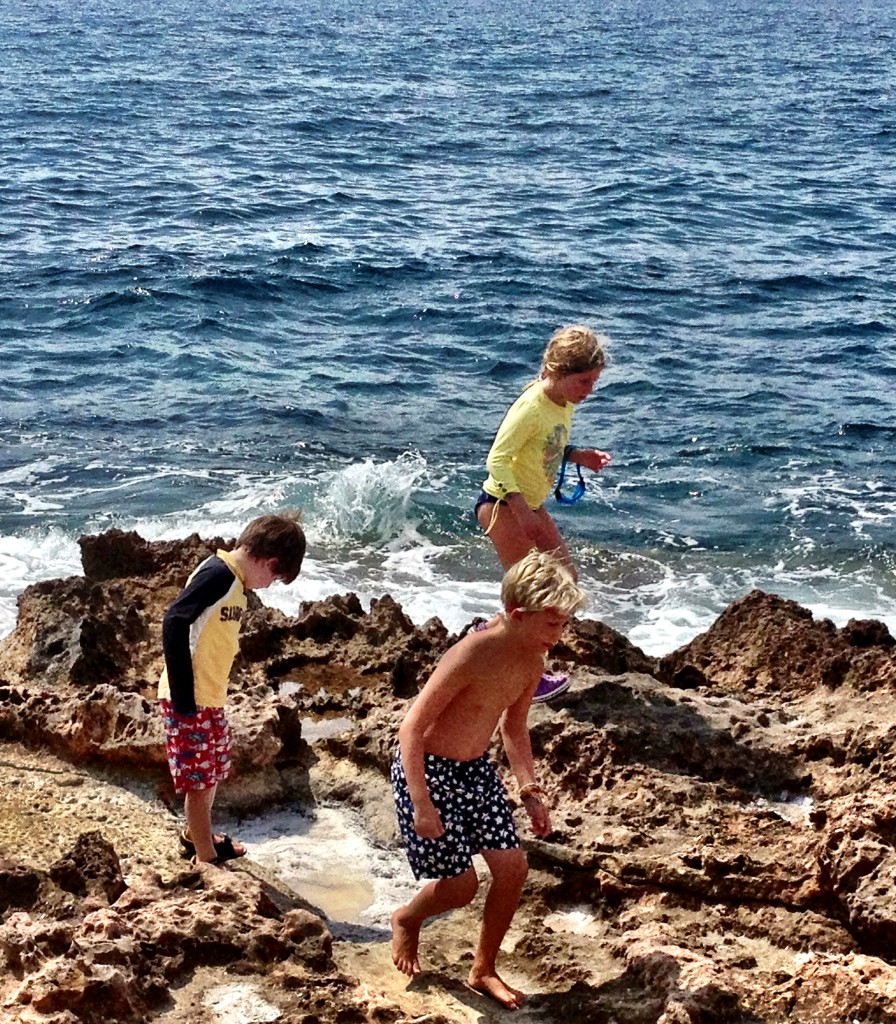 The café has been owned by the same family for 34 years.  There is no need for a menu as it simply consists of what has been pulled out of the sea that morning.  Tuna, sardines, sea bream and sea bass. Along with buttery potatoes and a tomato and onion salad.  That’s it. 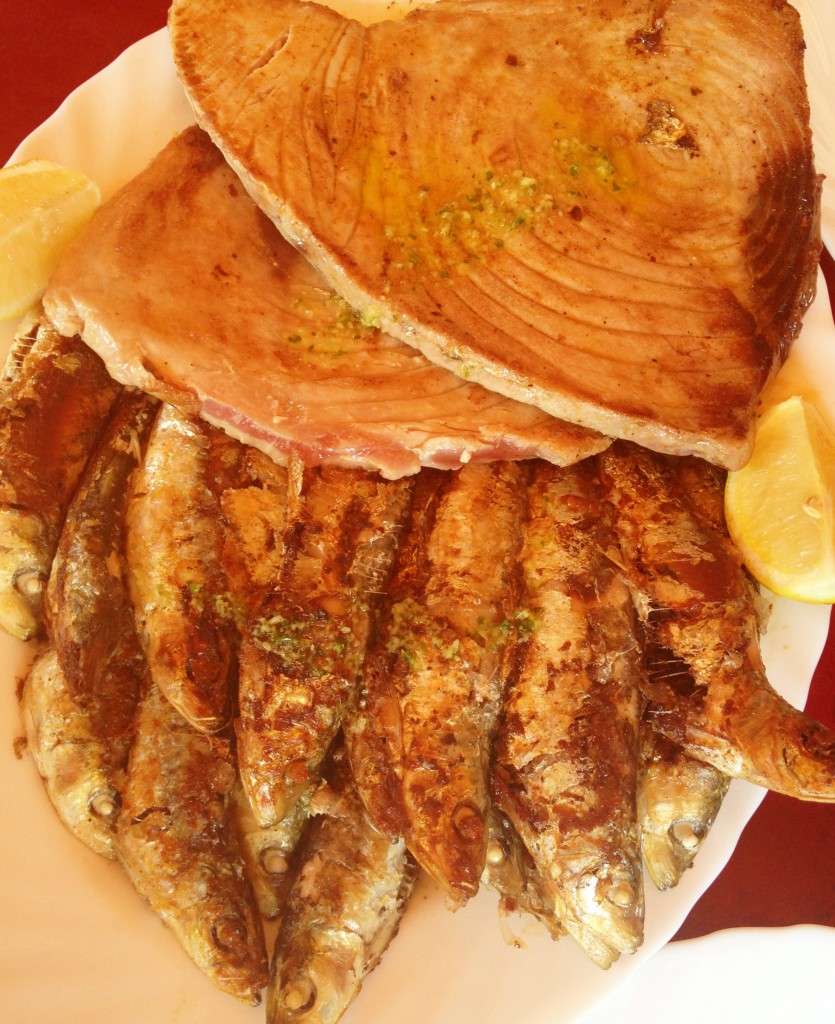 a feast of grilled fresh fish

We had all swum before we feasted – and I mean feasted – on quite the most deliciously grilled freshest fish I have ever consumed.

The Fish Shack doesn’t need twitter, Facebook, site traffic or to even waste their time answering the phone to take bookings.  The whole shack probably seats a 100 salty bottoms but as it is open between midday and 11pm every day of the week (in season), I reckon it feeds as many Ibizians (and tourists) as the most marketed restaurant in London. 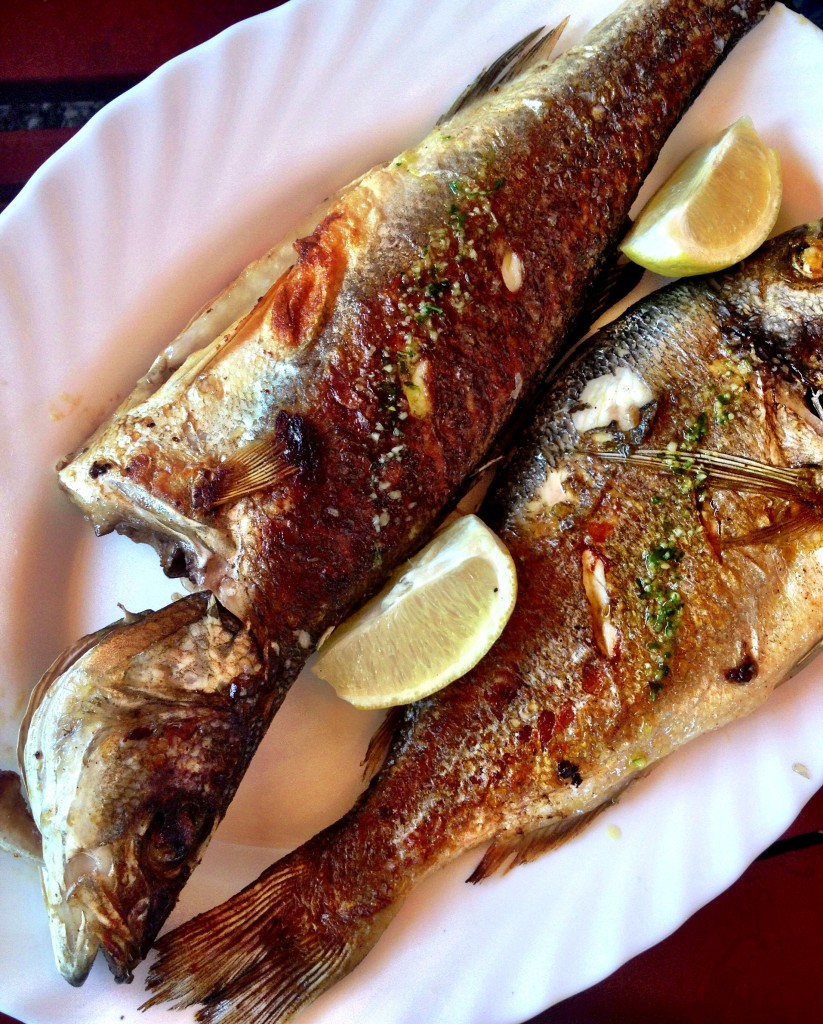 So, don’t let your fellow holidayers talk you out of making the trip to The Fish Shack.  I am pretty sure I won’t ever taste a sardine that good again.

The Fish Shack is open between May – September and has no fixed address or contact details. 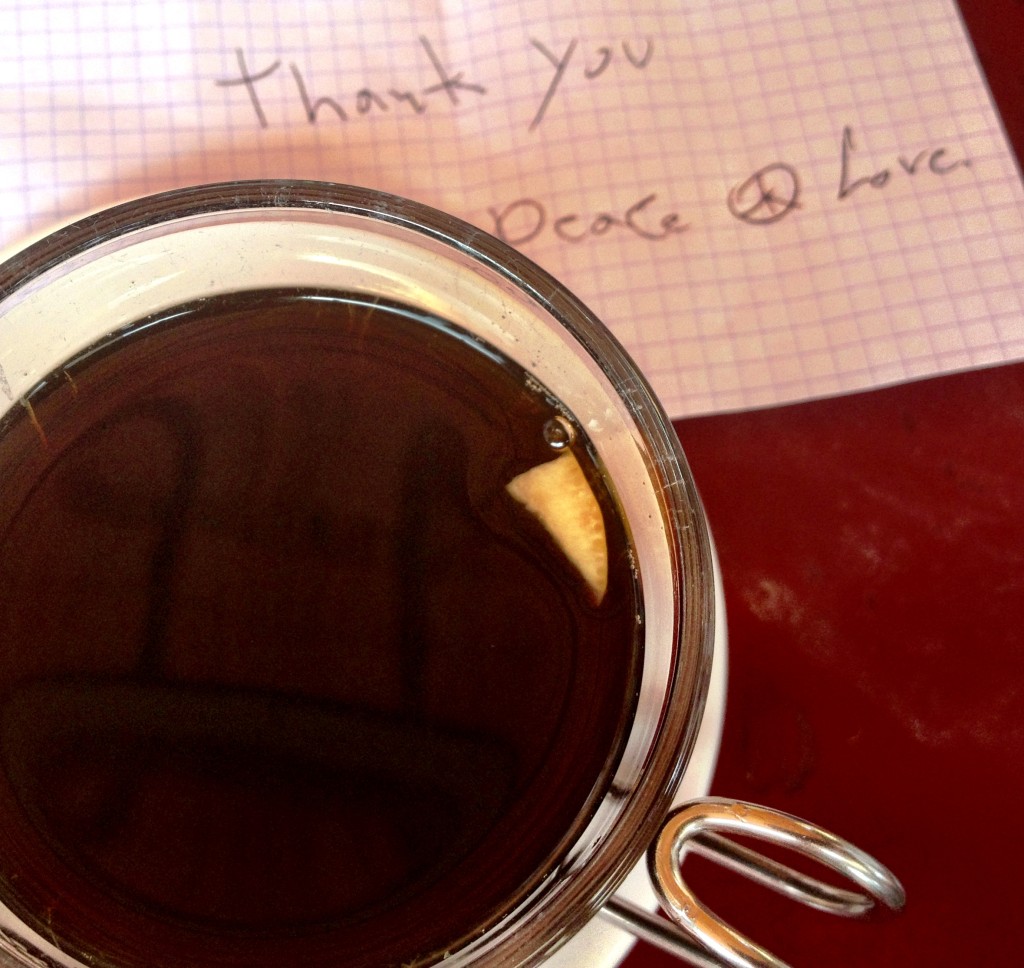