They say you can’t choose your family.  But you can choose to party with your family on your 40th birthday and He did.  Last night, four siblings with partners, parents, in laws and a greatly-admired grandmother all ate in the private dining room at The Ivy Club and, with only a few drop outs, most danced through til the early hours at Annabel’s. 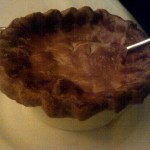 Although the Club at the Ivy is relatively new (opened in Sept 08), the Ivy itself is a great London institution.  First opening its doors in 1917, many a celebrity has fallen in and out of its doors since.   Culinary highlights of our evening included a mixed beet goats cheese salad for starter and the chicken and mushroom pie for main. 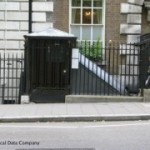 Cross generational dancing reminds me of family weddings.  Annabel’s remains the only place you can still shuffle with the oldies while admiring a silver fox with a glamorous 23 year old blonde on his arm.  The private members’ restaurant and nightclub on Berkeley Square was founded in 1963 by the late Mark Birley  but is now owned by the Mayfair empire that is Richard Caring.  Eclectic, exclusive and opulent, the fabulous and foreign dance and party here til dawn.