LORE: the untold story of WWII 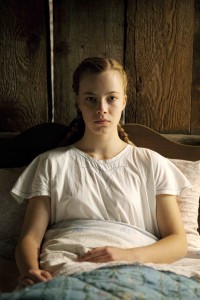 I have gone and broken the cardinal sin in blogging.   Well, at least in film reviewing.  It’s been a month since the press screening of Cate Shortland’s film, Lore, and I still haven’t written my review of it.  Usually this would mean some serious head scratching and digging around online for inspiration.  But the story of this young teenage daughter of an SS officer set at the end of WWII has neither faded nor confused in my memory.

Quite the opposite, in fact, I have thought a great deal about the film over the last month.  Despite there being factually little in this story I wasn’t aware of, I felt completely and utterly affected by this tale of shattered innocence.  Lore, in an outstanding performance by Saskie Rosendahl, is left responsible for her younger siblings as they journey to their grandmother’s home just outside Hamburg.  Painfully, she begins to absorb the horrors her father and his collaborators are responsible for and we witness the guilt she bears on behalf of a nation. 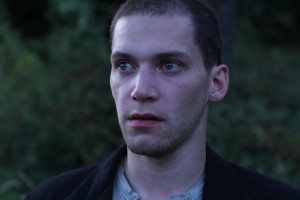 Kai-Peter Malina as Thomas in Lore

The plot intensifies as Lore and her siblings are joined on their journey by Thomas, a Jewish survivor from one of death camps.  Her initial attitude towards him is instinctively with prejudice (as this is all she has seen at home).   Again, this makes for shocking viewing as we are reminded of the distinctly animalistic manner Jews were treated by the Nazis.  But her adolescent emotions soon surface as the young couple are attracted to one another. 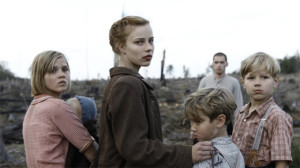 the untold story of Lore

But the real ingenuity of director, Cate Shortland’s work is that the film is the absolute reverse of ALL other WWII aftermath films.  The victim here is German and, from the way the film is shot, we experience her pain intimately as she tried to comes to terms with her heritage.  I soon realised that her journey to her grandmother’s home is simply a metaphor for the deprogramming of the German nation in the dying days of the Third Reich.

Some say that the story of the Holocaust is never told and it is true that Shortland has here certainly shown us a new angle. This is a beautifully brutal film and one which you should see, even if you think you have seen enough of the atrocities of Nazi Germany.  One month in and I can still see her serious, austere 14-year-old eyes in the face of fascism.