Someone recently asked me why I take so many photos.  I was caught a bit off guard and mumbled a bit while flinging my iPhone around. My enquirer was none the wiser.

“I mean, other than including some of your photos on a blog post, what’s the point? “ he pressed.

So, while on the beach this week (snapping more than ever), I have been trying to think of an easy way to explain this new obsession of mine. 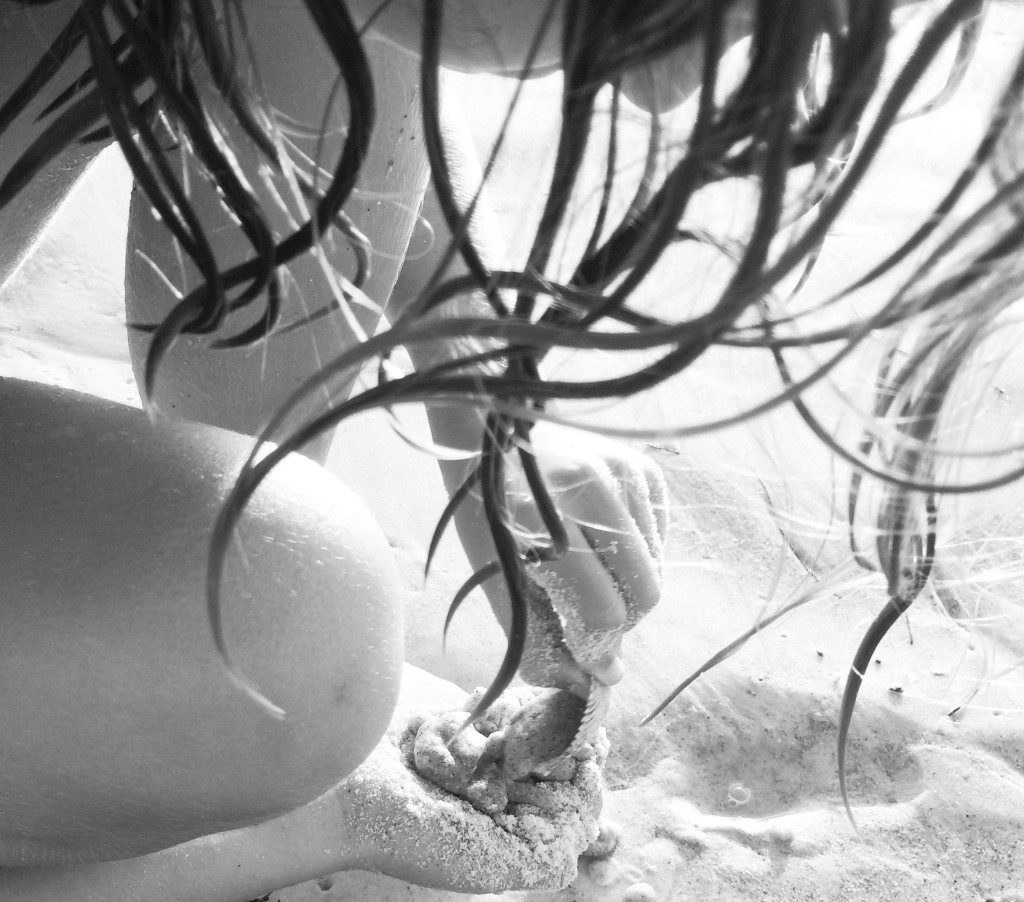 beach pics are my latest obsession

What am I trying to create… or prove… or capture – each time I halt a conversation to dig out either my iPhone or larger Panasonic Lumix (£359 in the sales!)?  What grabs me when I see something I just know will make an interesting picture?

And, I’ve come to the conclusion (and I’m desperately trying here NOT to sound at all pretentious here) that somewhere in the seed of each photo is an idea, a story and then eventually an image.  It’s MY opinion – the way I see that particular object.  So, I suppose it’s simply an extension of my compulsive blogging – just less words and more colour. 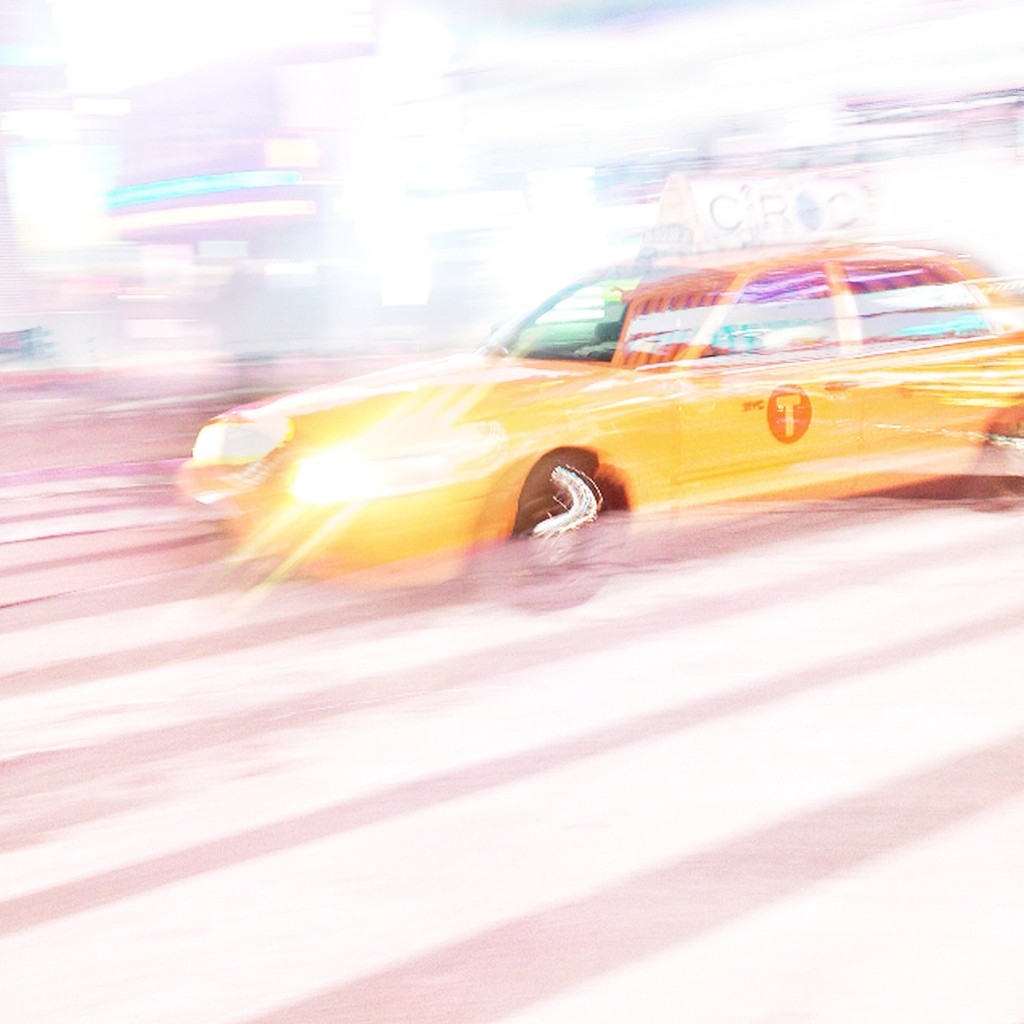 I’ve also decided that however talented (or not) we all are is irrelevant.  Put simply, there’s a number of us who feel a need to create.  And I am one of those.  So that’s exactly why I hunted down (like a wild animal, he’ll tell you) Rugfoot and persuaded him last month to teach four of us ‘need-creators’ to craft more original, visually grabbing stories with our iPhones.

It’s actually called iPhoneography.  And Rugfoot (aka Richard Gray) is one of the masters of this skill. He’s a professional music photographer by profession but is also leading the way in this exciting new genre of mobile photography.

Over the 4 sessions, he covered off the best apps out there for crafting images on the iPhone.  At the end of each 3-hour session, we were set homework – a great way to challenge yourself and learn from Rugfoot’s feedback comments. 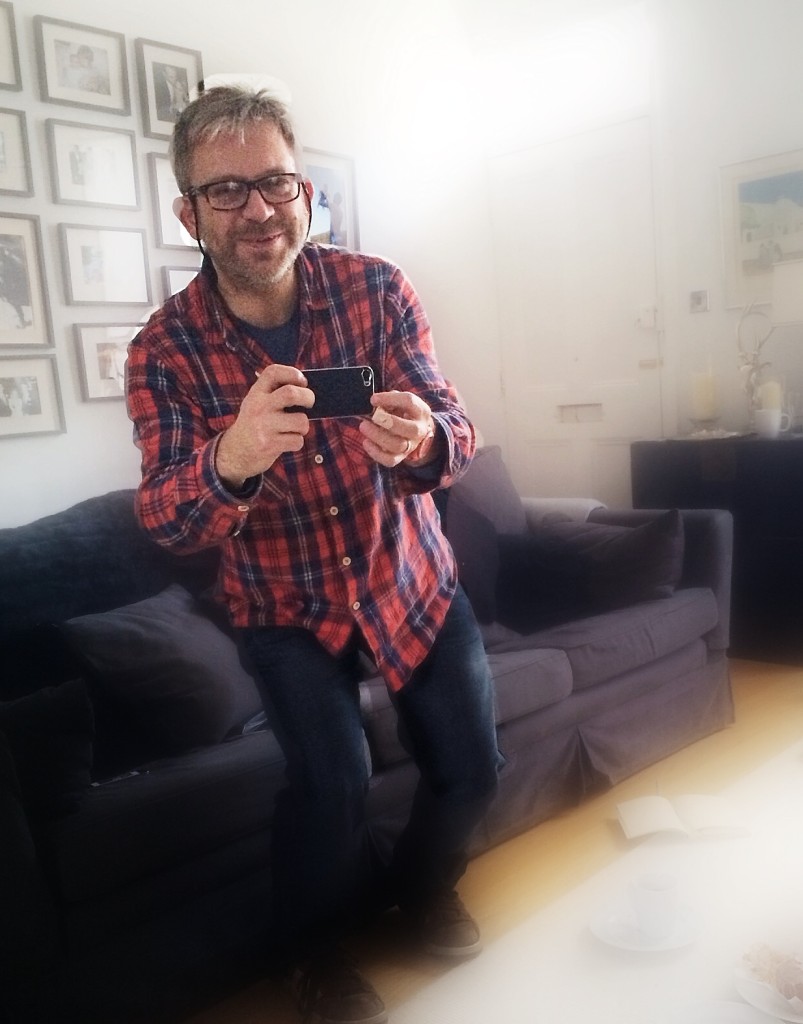 Rugfoot (aka Richard Gray) captured by me – mid session

Snapseed, Photowizard, SlowShutter, Photosynth, Blender, Handy Photo and so many others…. We whizzed through apps learning how to edit and alter images, whilst enhancing their appeal.

And of course we had a scream too.  There was no putting up of hands to speak and lots of teasing the teacher when it was clearly time for a coffee break. 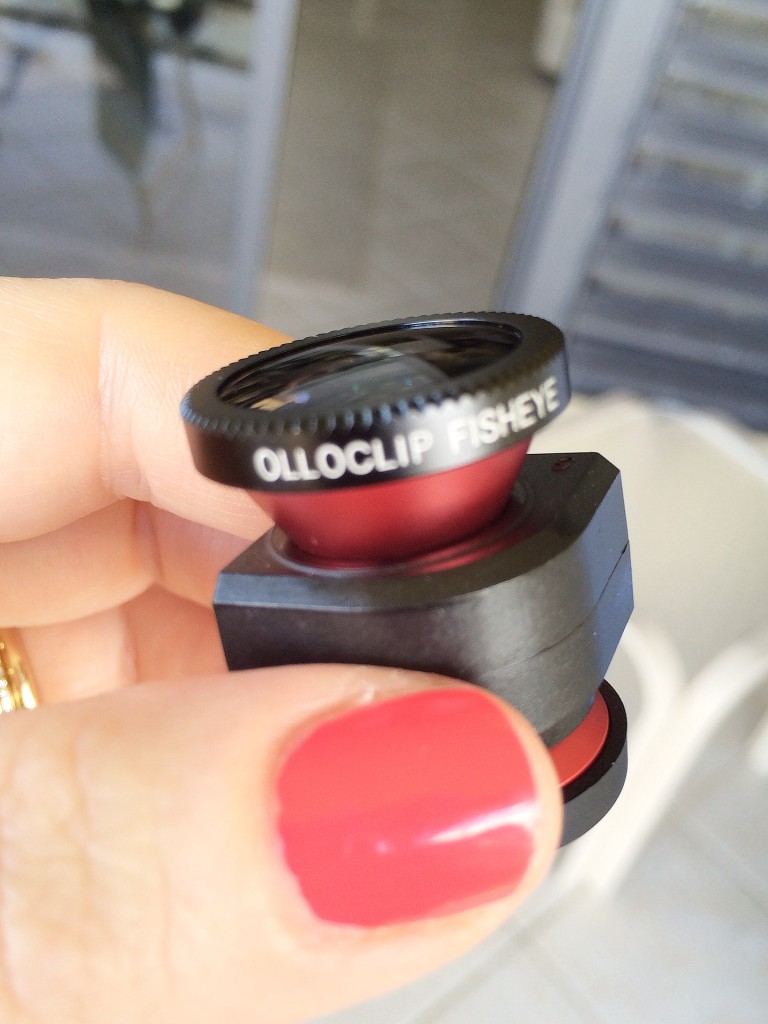 my new toy – the Olloclip

Although we didn’t use the recently launched Olloclip in our lessons, my new hobby led me to sneak it onto my Christmas list.  Santa knew what he was doing – purchasing this brilliant iphoneograpy gadget (comprising of 3-in-one photo lens) here in the US at Best Buy – but it is also for sale through Apple in the UK. 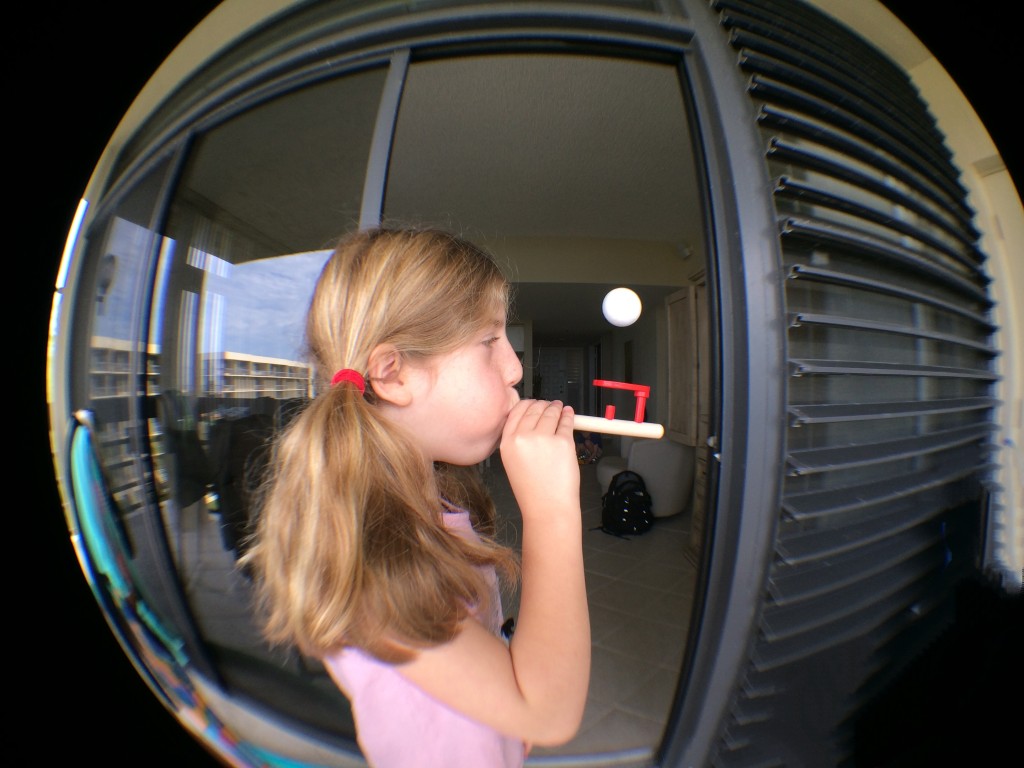 Mini plays with the floating ball through a fisheye lens

It’s about an inch in size and fits easily and snugly over my iPhone 5c camera. 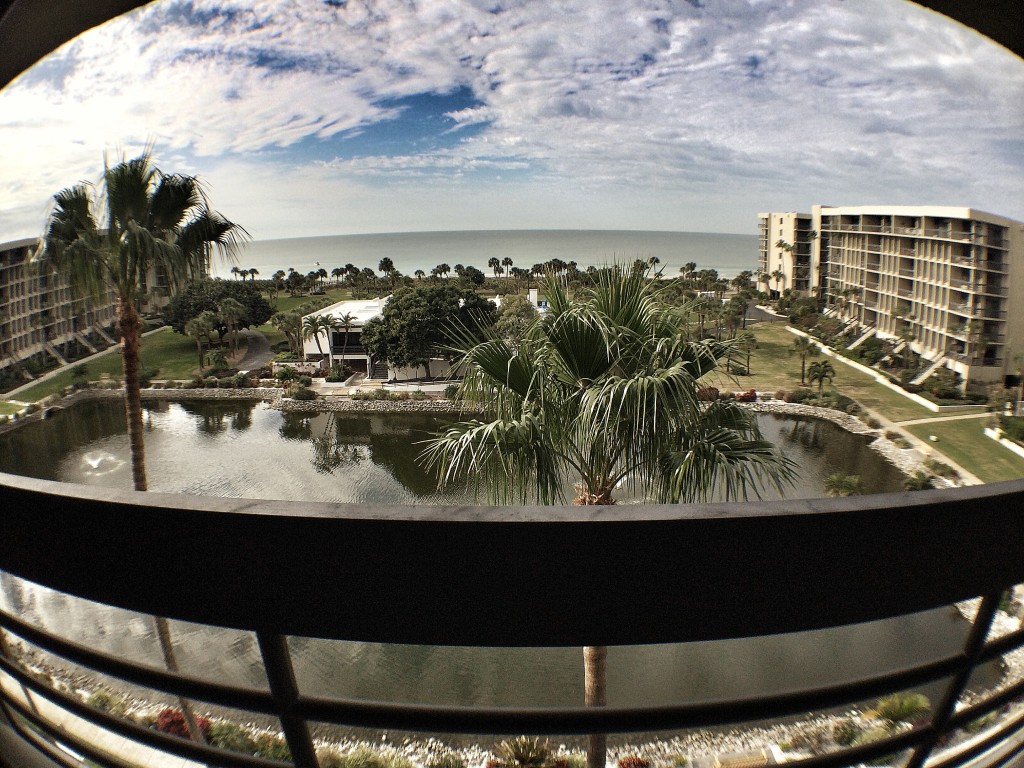 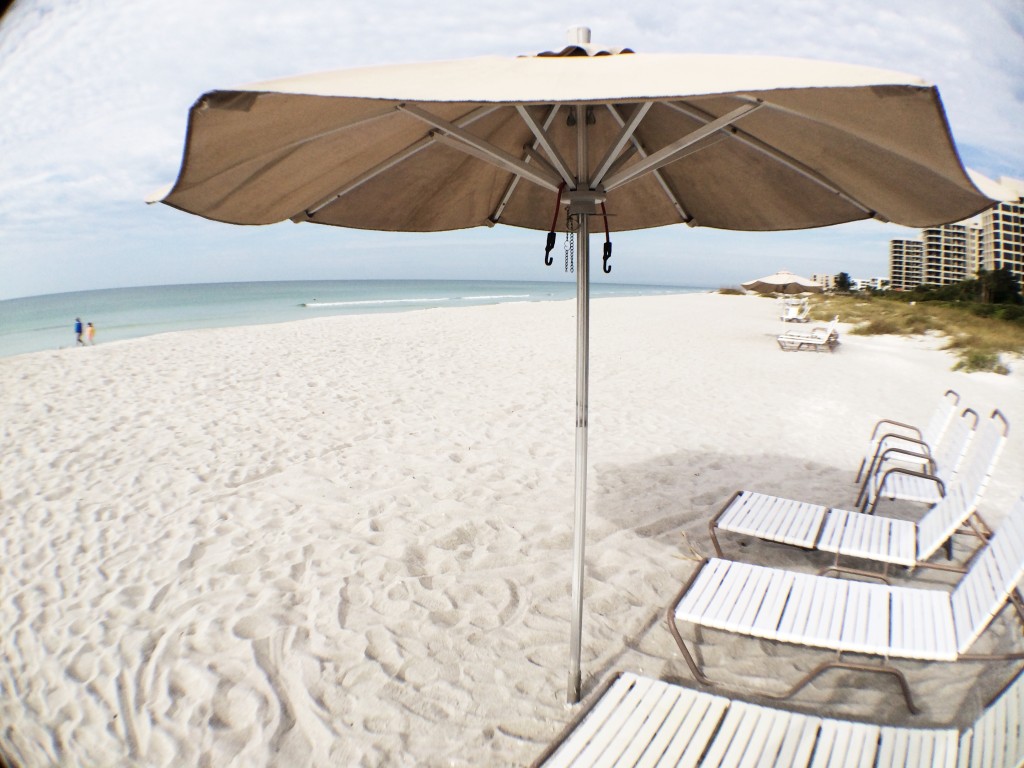 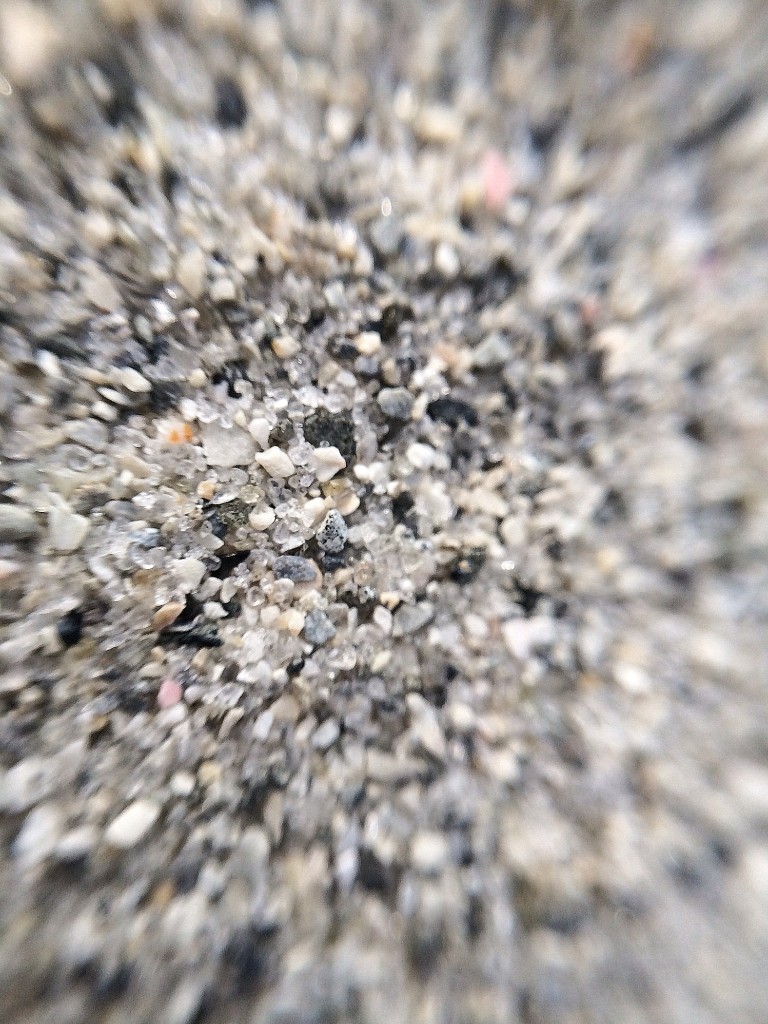 COMPETITION:  I have persuaded the VERY talented Rugfoot (who teaches at The Photographers’ Gallery and British Journal of Photography amongst others) to give one of my readers a 2 hour one-on-one lesson.  It’s more than a taster and will allow anyone already enjoying taking photos with their iPhone to enter the world of photo crafting.  All you have to do to enter is follow both Rugfoot and lifeofyablon on Instagram and tag us into one of your favourite photos.  A winner will be chosen on 31st January and notified via instagram. 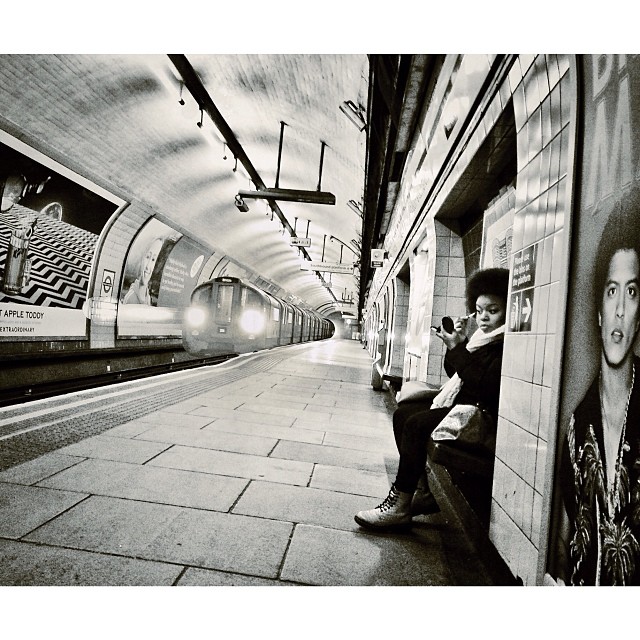 Enjoy creating some alternative images and DON’T be put off by anyone asking what you’re up to!