Rabbiting on at Rabbit

As I drove in the direction of Chelsea, I could (mostly) only think of Patch English (RIP) and his sweet furry face. I presume his owner, one of my favourite readers, won’t even be able to read this review, let alone stomach the name of the Gladwin brothers’ latest eatery, Rabbit. 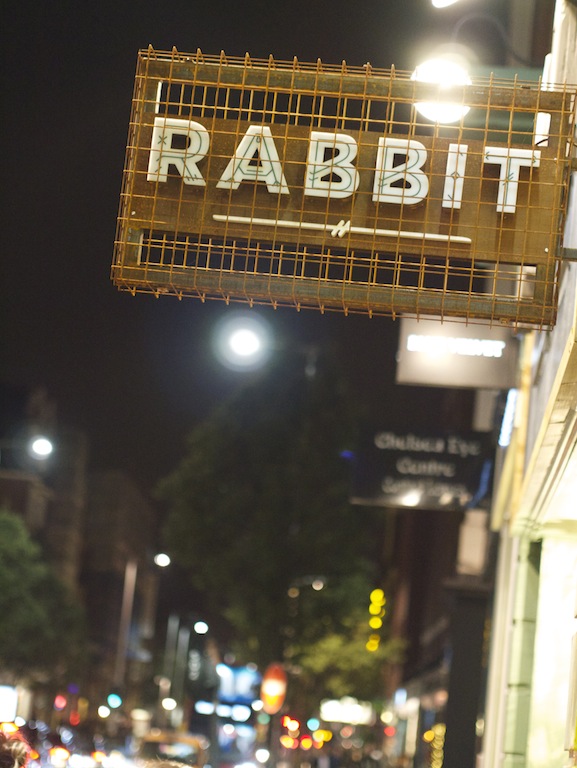 But, did you know that back in the 1940s and 1950s rabbit meat was as common for dinner as chicken is today? And, crucially, it’s the meat that saved many tummies through the lean times of the Depression.

Readers – you know my eating habits only too well and it will come as no surprise to you that I got over any rabbit issues before arriving at my destination. 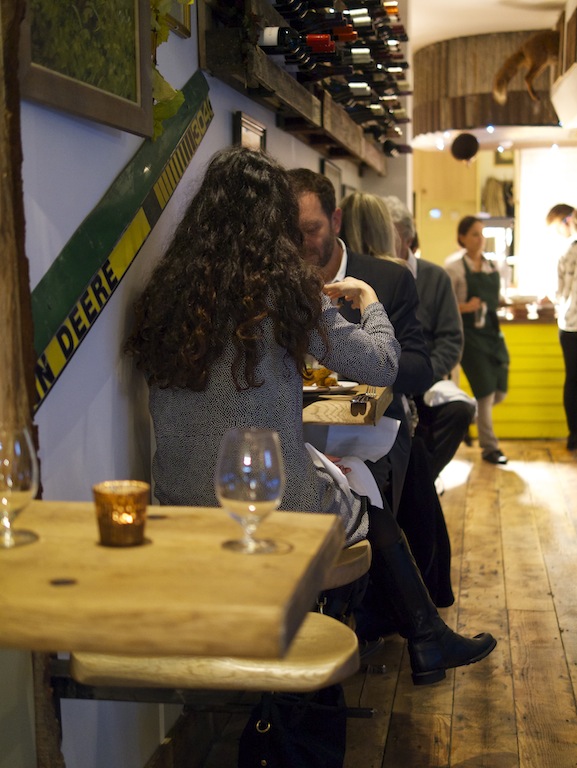 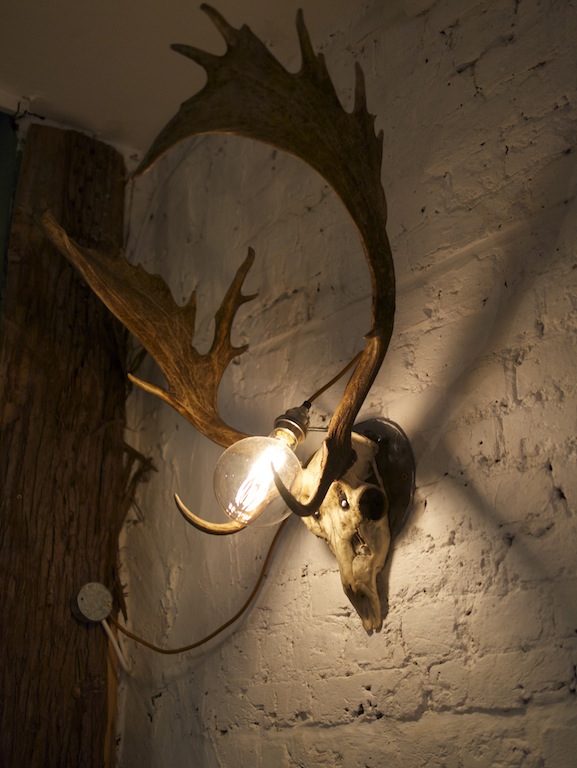 So, yes, those clever, posh and damn hardworking Gladwin brothers weren’t resting at The Shed (which opened two years ago). Often fully booked, attracting multi-generational Notting Hillers to share plates of seasonal farm produce, I can clearly see what all the fuss is about. But a whole new location, not a million miles away, with similar sharing plates? I was concerned and dashed South to see whether the boys are spreading themselves a little thin…. 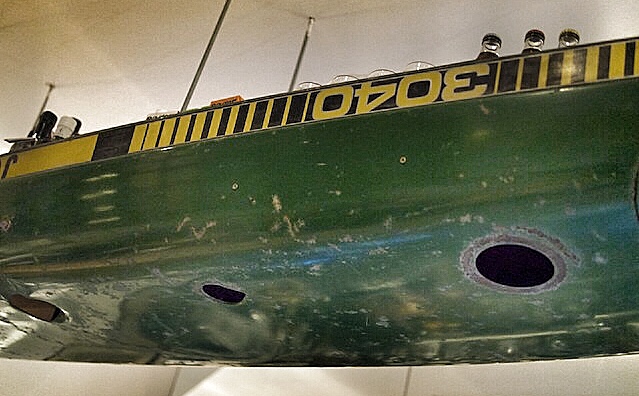 this is the front of a tractor… but now hanging from Rabbit’s ceiling.. in case you were wondering

I met Claudine Davies for dinner. A client, inspiring entrepreneur, Meeting of Minds guest and absolutely (after all these years) a friend, Claudine has appeared in previous blog posts. Moreover, an obvious guest for the evening seeing as Biondi Couture is just down the (King’s) road and anyway we had a few items on our agenda to tick off. 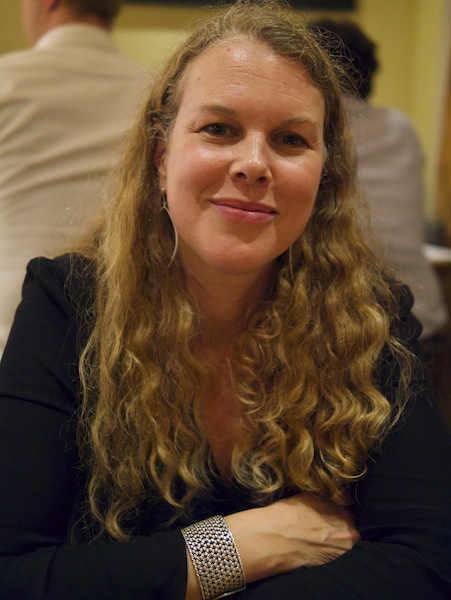 As is always the way with those you work with, conversations tend to focus on the urgent. But actually, it’s brilliant to ignore this for once and simply share a meal. That way you can really find out what’s going on in each other’s heads. 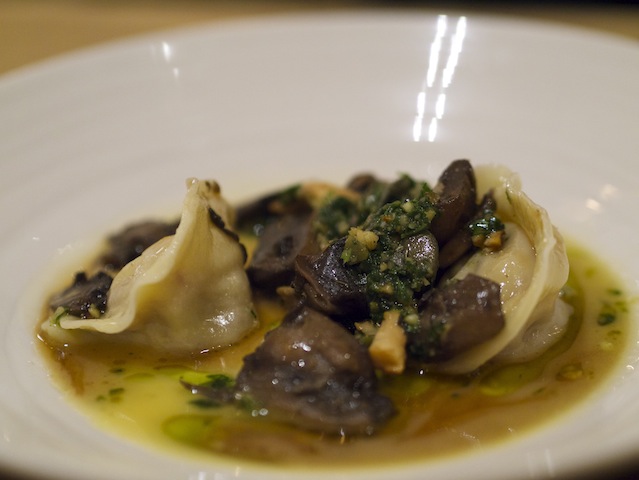 Covering new gymwear (forget Lululemon and watch this space!), collaborations, bikini styles (her bread and butter), future plans for the Biondi own brand and, of course, holiday plans, we ate and nattered in equal measure.

As it turns out, Rabbit isn’t so different from The Shed. Majoring in British ‘wild food’, it’s a little less quirky, a bit more Chelsea but every plate as farm-to-table as it’s brother venture. The food (particularly the venison and rabbit ravioli) is blinding. There’s no doubt about Gregory raising of livestock in Nutbourne, West Sussex, nor Oliver’s talent in the kitchen. And manger Richard is … well, that Chelsea boyfriend I never managed to hang onto. 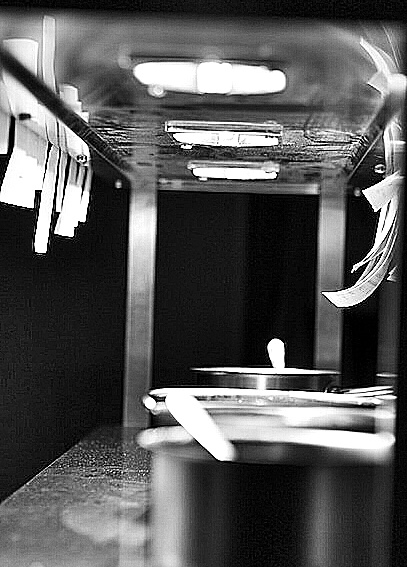 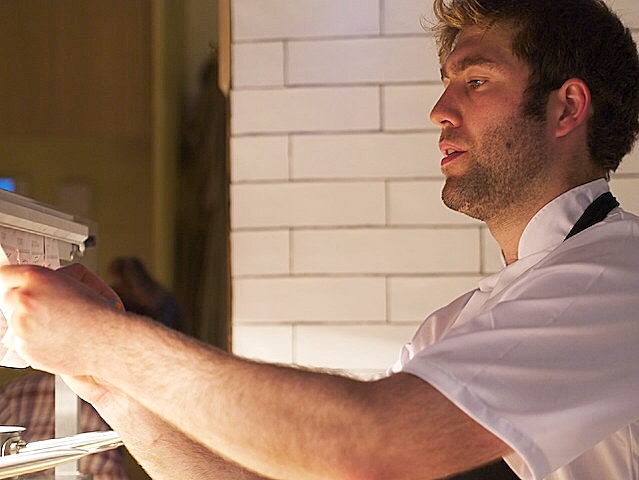 As I got home I posted a Rabbit picture on my Instagram feed. One of my followers was keen to let me know that his ‘offspring’ love to eat at Rabbit. Clearly, they never met Patch.