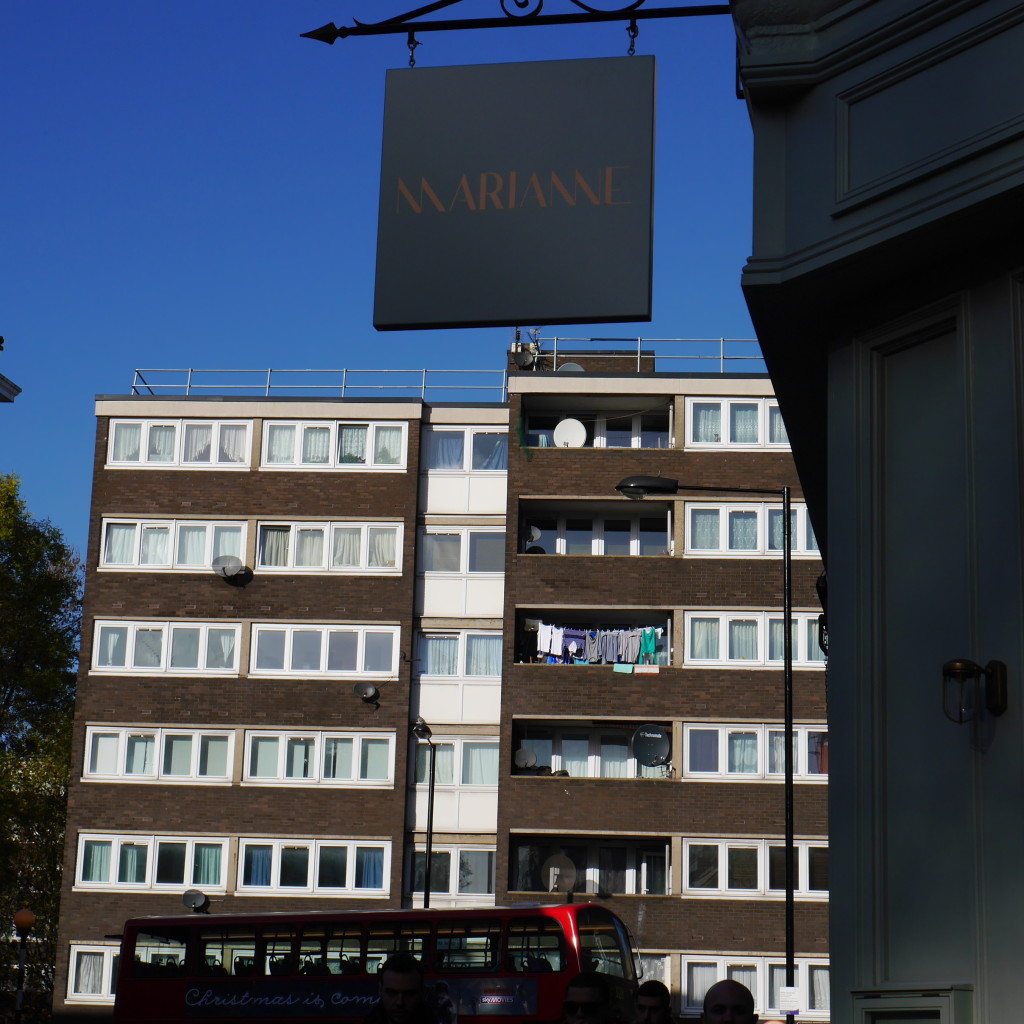 I love the cross-section of Notting Hill

Everything about my review of Marianne was looking curiously negative.  I don’t watch Masterchef (therefore utterly ignorant as to who the reality show’s runner-up even is), fine-dinning has a habit of irritating me and a restaurant as small as 25 square foot means talking in hushed tones (a physical impossibility for me). 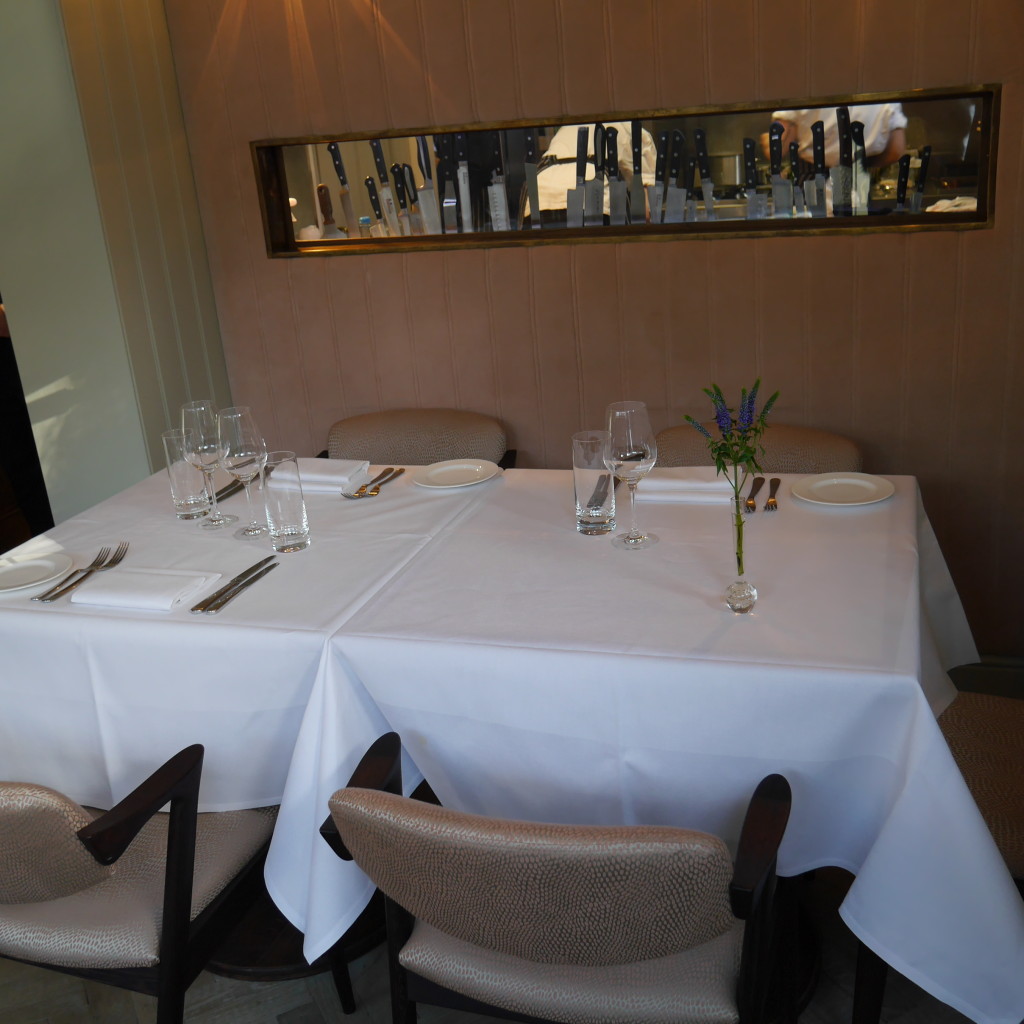 our table at Marianne with its spy window into the kitchen

But when Giles Coren slated her and it saying that Marianne offered ‘essentially gastropub dishes’ on a pricy set menu, I was intrigued.  How could he be so damning when others (Time Out, Guardian, Telegraph etc) were all throwing **** in her direction? 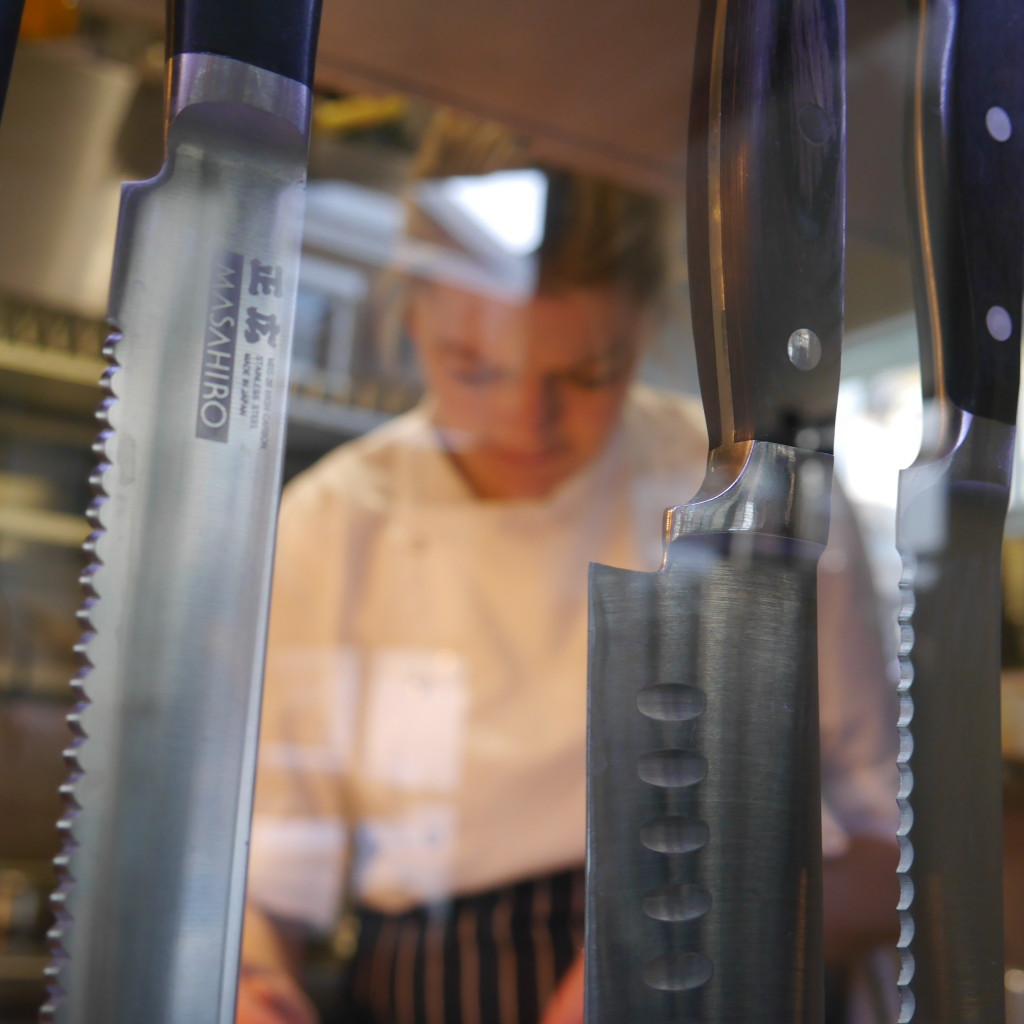 Lumb in her kitchen

Then the booking wasn’t easy – after all with only 14 covers Marianne should be pretty busy, all the time. Anyway, I finally found a date (forced to lunch), invited the ballet girls (more accurately: mums who daughters do ballet) and began to research Marianne Lumb and here is what I found: 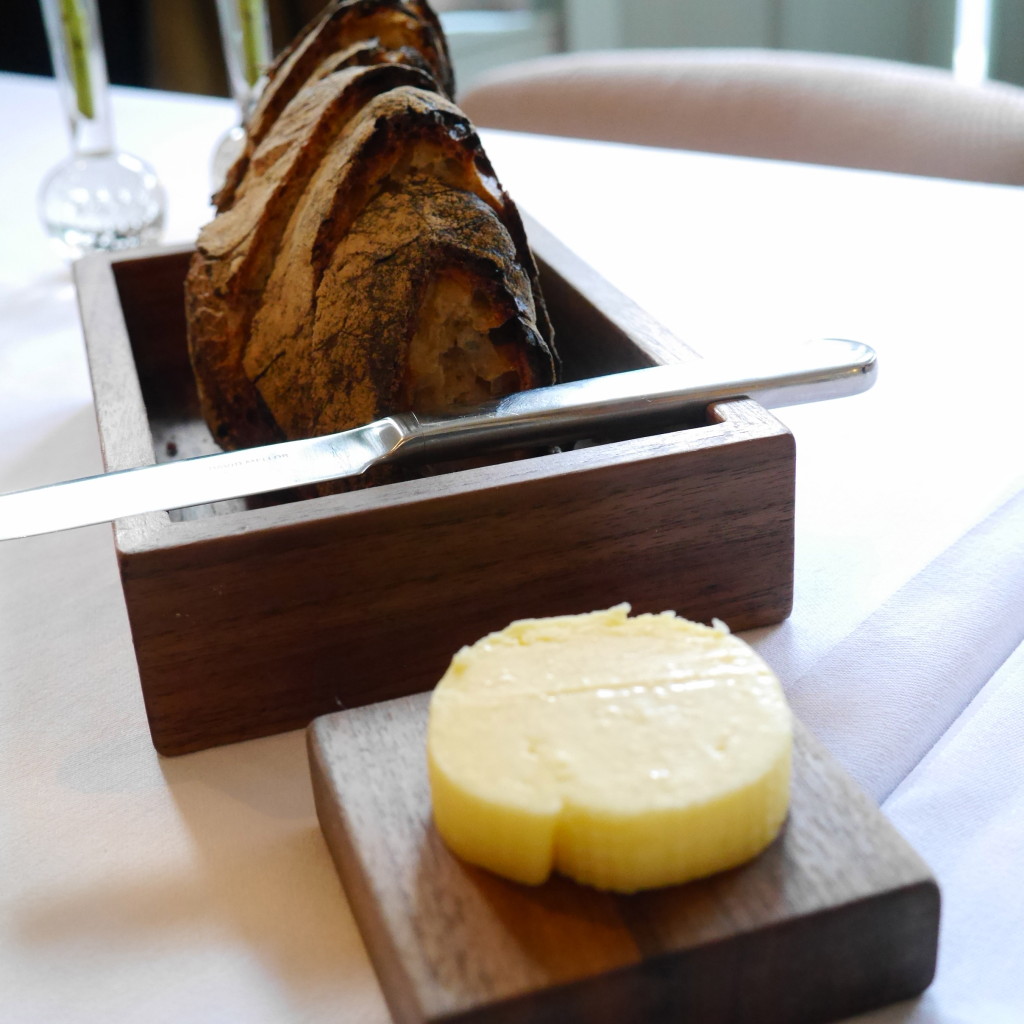 The ballet girls and I enjoyed our meal enormously last Friday.  Marianne, as restaurant, is extremely small while the chef herself is statuesque.  Matt, the maître d’/sommelier, is just the right amount of kooky while the food is nothing less than exquisite. 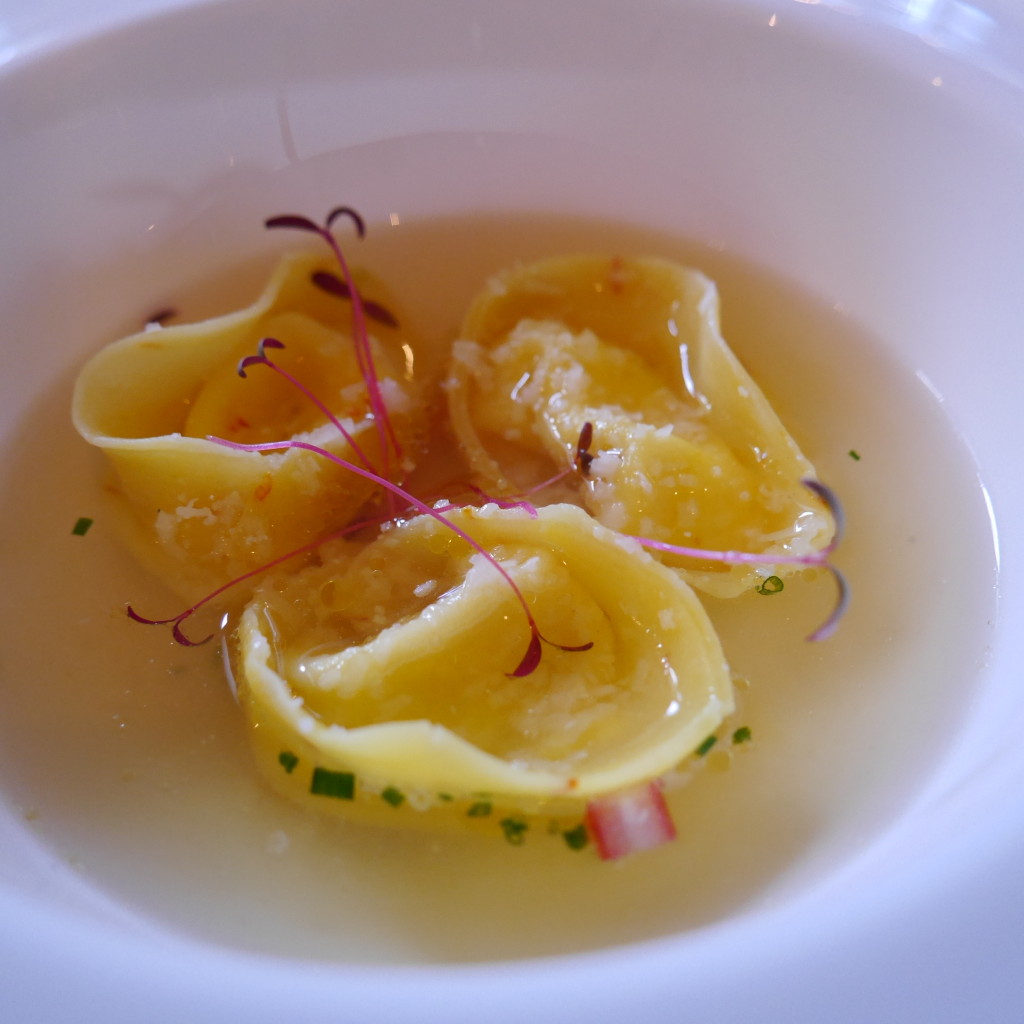 burrata and saffron tortellini with celeriac and lovage consommé

It feels like a hidden secret with its impeccable décor, crisply laundered linen and flawless crockery.  But (and I know I keep saying this) it IS small.  One snort and the other four tables will know it was you. 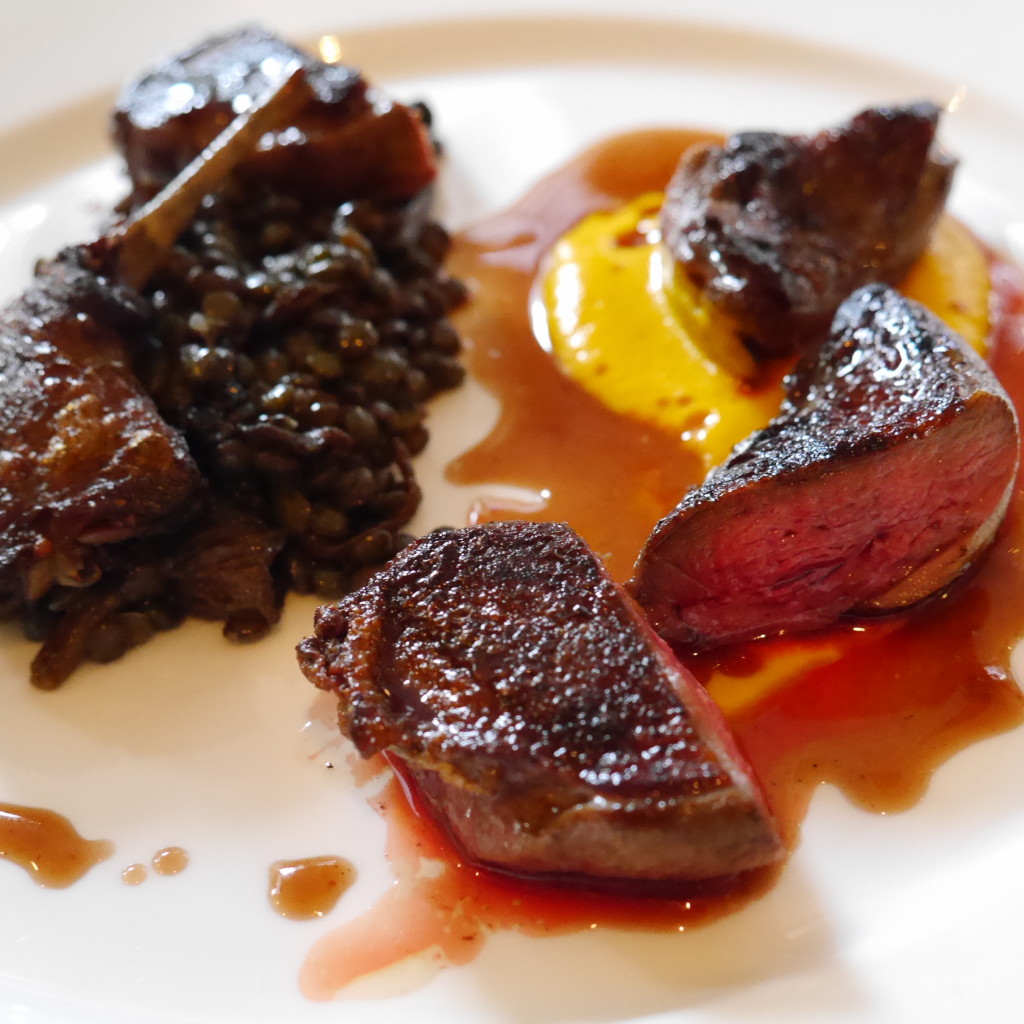 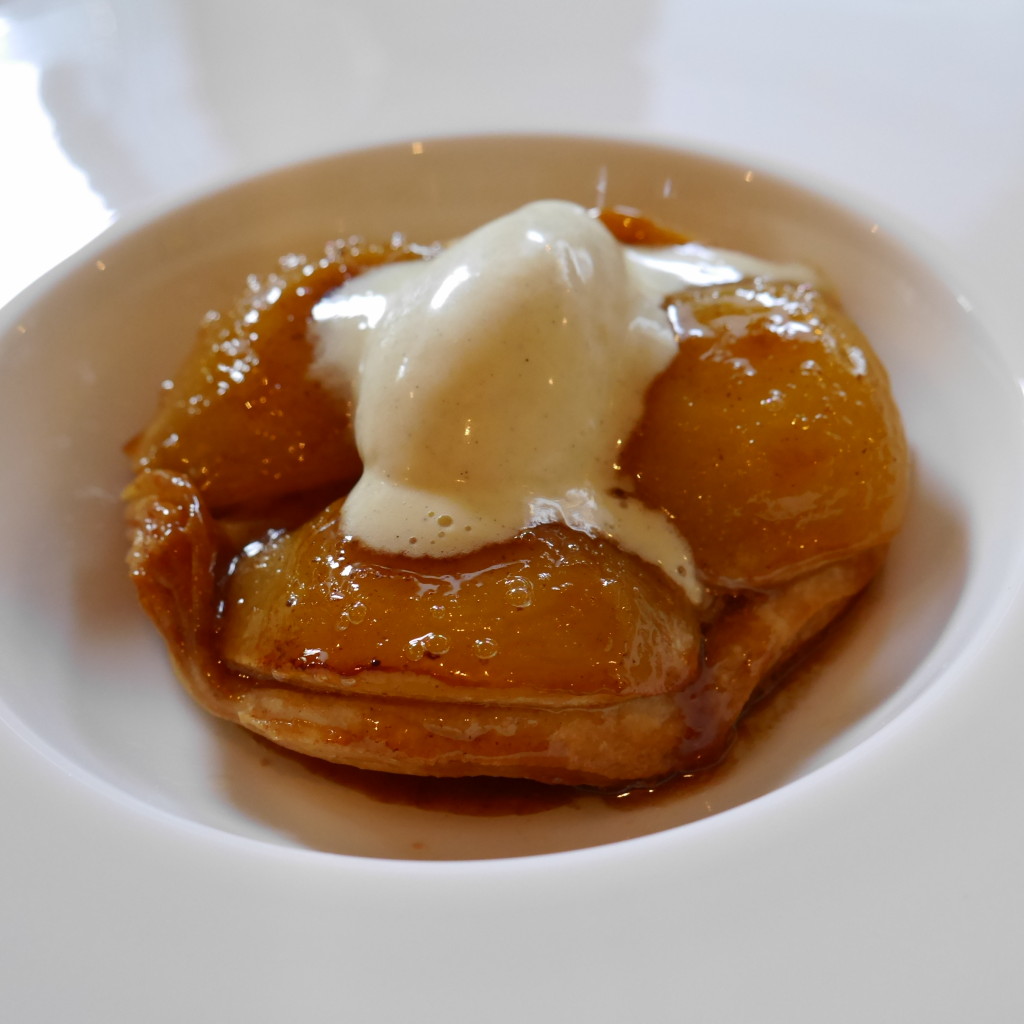 Through a window of knives you can see Lumb and her sous-chef.  I hear she is a little shy but we managed to lure her out once the job was done.  And she was natural and honest and modest and…. I suppose just a little posh.  But that’s not a bad thing, surely? 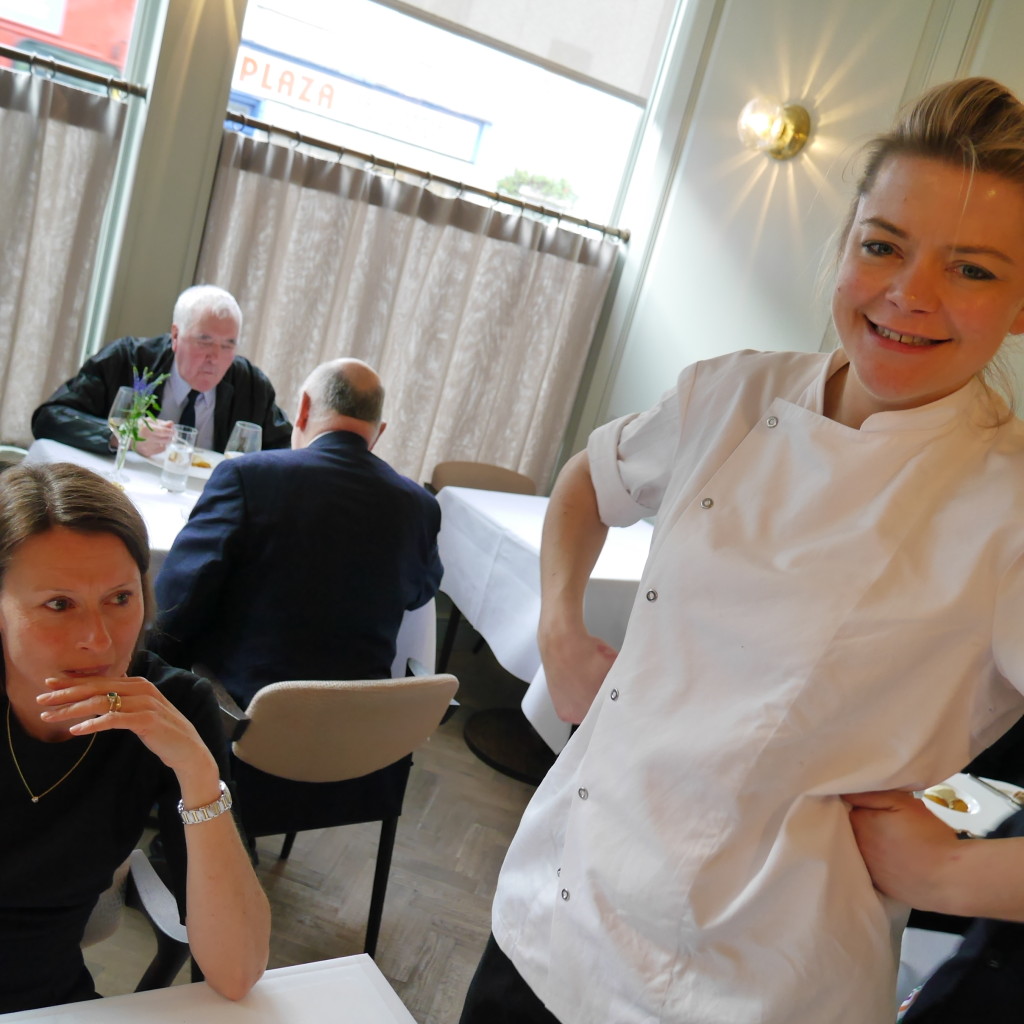 she’s modest and natural – oh and an exquisite chef!

Coren, I rarely disagree with you so would urge you to revisit Marianne.  There’s no sign of pub food within this micro-fine-dine.  So, my readers, don’t be put off by the size either.   I’d suggest you book what is London’s smallest restaurant for 13 of your closest friends for as soon as this very talented chef can fit you in.  There’s no doubt in my mind that she’ll be sporting a Michelin star before Gregg Wallace can say: “cooking doesn’t get tougher than this”.

One Response to Restaurant review: Marianne on Chepstow